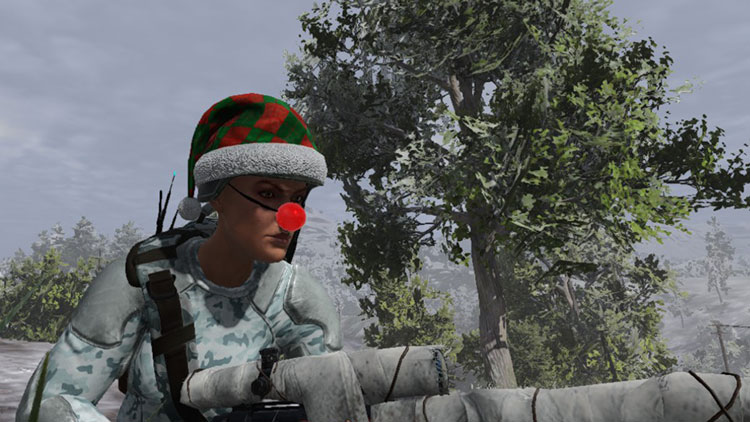 Watch out, evil-doers: Just Survive is coming for you. The zombie MMO patched in a slew of new anti-cheat measures this week to keep everyone on the up-and-up.

Daybreak said that it had to wipe the servers to get these measures up and running: “This update includes significant anti-cheat updates, including new technology to detect, prevent, and punish players passing through world geometry and player constructed bases.”

On the plus side, the December 19th patch includes some niceties, including rebalanced loot distribution, “significant” server performance improvements, and a holiday event with festive zombies that carry special pieces of wintry gear. And if you log in by January 2nd, you’ll get a Rudolf nose, because your character is just way too dignified as it is.

If you’d rather get into the PvP side of things, Just Survive’s counterpart H1Z1 is hosting a free play period that ends in about a day… so get on top of that!

Just Survive has been updated and is available to patch and play.

To accommodate map changes and fixes below, Just Survive servers have been wiped. This update includes significant anti-cheat updates, including new technology to detect, prevent, and punish players passing through world geometry and player constructed bases, along with the following updates:

The holidays are coming to Just Survive, and from December 19th through January 2nd, festive zombies roam through Anywhere USA (Z1) and Badwater Canyon, carrying gifts for good survivors and coal for everyone else.  Sleigh these zombies for a chance to receive one of these three gifts: