Updated the Market, symbols menu, Hall of Trophies, bag… but let’s start from the beginning. There is now a new tab in the Market titled “Packs”. Collector’s packs will now be available in the game right away, and not just on the site. Before making a purchase, you can now get a preview of what the new transport or companion will look like, and how the new costume will look on your character. Packs will be sold for Argents.

This pack is available in the Market right now!

Changed the appearance and functions of the symbols menu: you can now set up separate builds for each class, and changing them is free. To select a symbol build for a class, you only need to save it, and it will be activated automatically whenever you switch to this class. Symbols of each bastion are now in a separate drop-down list. To view the complete list, just click the symbol icon. Divine abilities are also here.

A new addition to the Hall of Trophies! All available artifacts there now have 4 generations (5, 7, 9, 10), and the cards that add Might have a sixth rank! 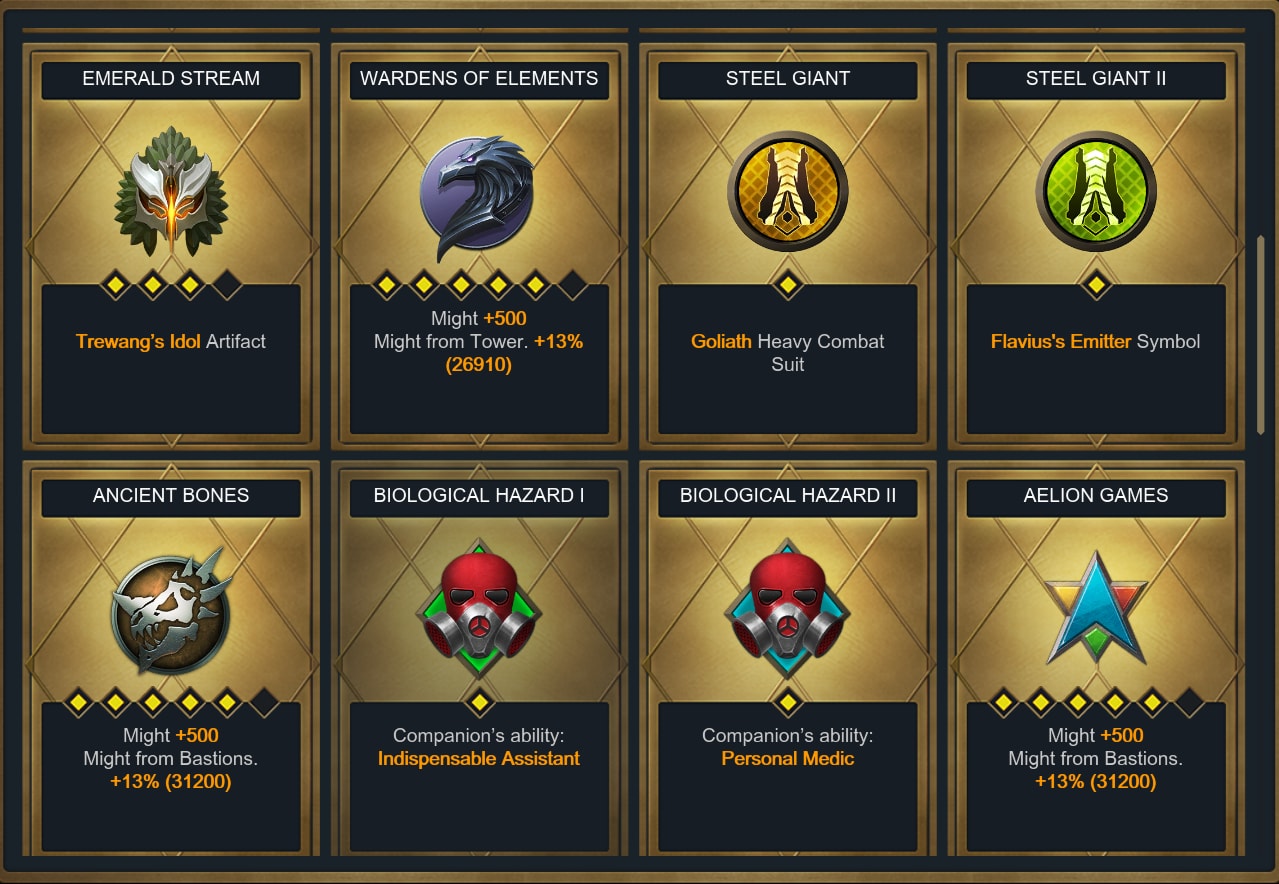 Large Market update! Collector’s packs are now available here, you can purchase them for Argents right in the game. Some of the sections have been renamed, and sorting has been changed.