Dark Age Of Camelot’s The Rites of Spring Event

Read on for the full details!

The Rites of Spring, Traveling merchants, and RvR bonuses will continue through Monday, April 16th.

Visit the following to receive the Rites of Spring quest:

Albion: Sir Yvain in Castle Sauvage or in the Catterick Hamlet relic town
Midgard: Sinfjotli Sigmundarson in Svasud Faste or in the Godrborg relic town
Hibernia: Fionn mac Cumhaill in Druim LIgen or in the Crair Treflan relic town
Remember, the quest is battlegroup credit and also automatically given upon defeating the Harbinger of Spring so don’t worry if you forgot to grab it!

Note: All characters will be able to obtain the Gem of the Harbinger (or one of its variants) and Bracelet of Springtime Folly, even if they got one last year! 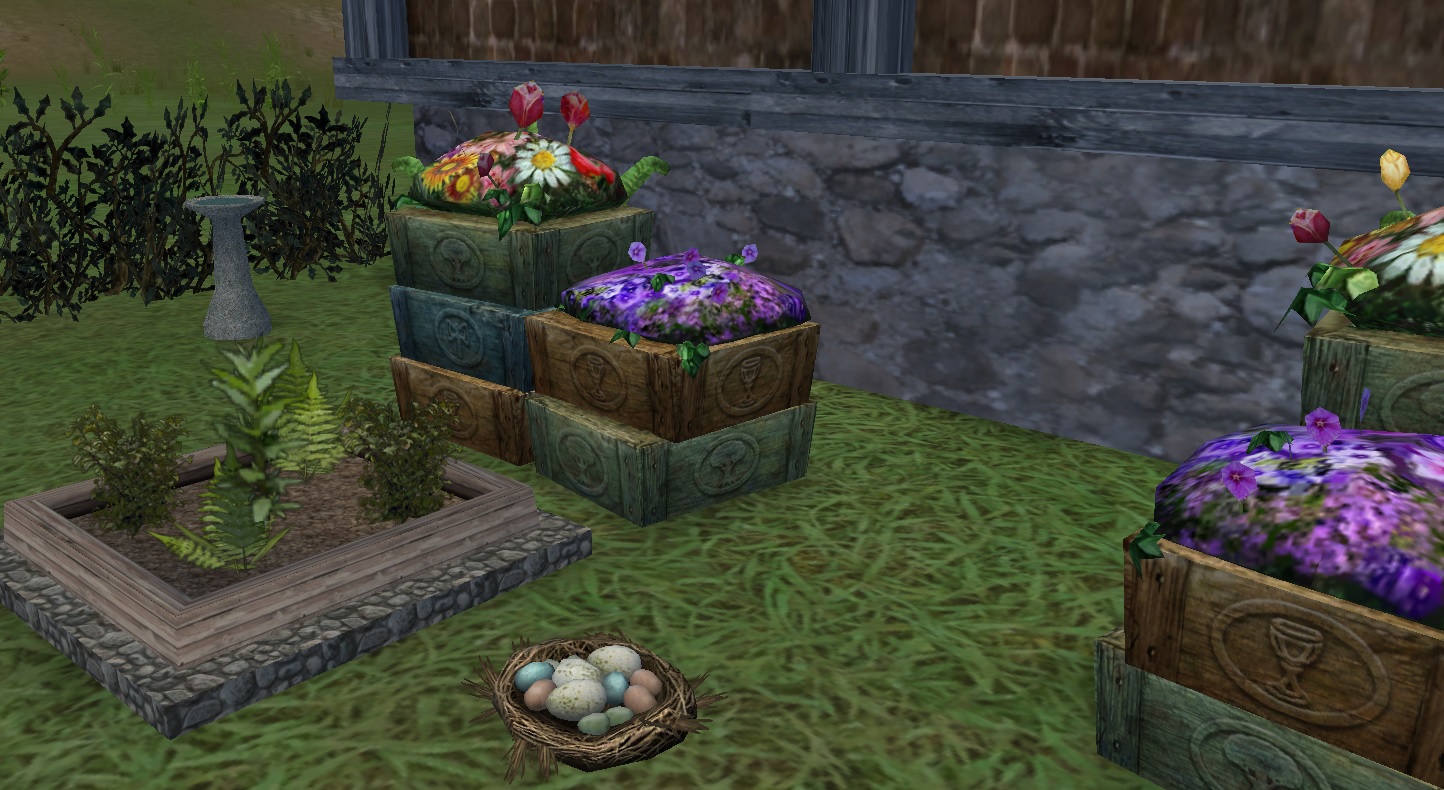 Don’t forget to do the Spring Egg Trophy quest! Simply complete any of the Egg Hunt battleground quests or the Rites of Spring quest to be eligible for and offered it.

The Garden Nest and Flower Box trophies will spruce up any home’s garden!

The traveling merchants have been… err, traveling for too long but have finally returned to the realms to share their wares… for a price.

Several items have had their prices reduced and you’ll find never-before-sold loot including Hallowed items from the Mournful King instance!

The Merchants have set up shop in their usual areas, so be sure to pay them a visit  and stock up before they take their leave a fortnight from now!

In each Capital City:

In all Housing Zones: