You no longer need to buy new ships with Credits! While you’ll still need to research a ship with a comparatively much smaller amount of XP than before, you’ll just have to research and buy a certain number of modules. Once you’ve met these requirements, you’ll be able to claim a ship in the next-highest tier. The same unlock mechanic also applies to Officer Briefings now.

In addition, ship tech trees have been simplified and streamlined by removing some of the branching requirements. Now you can progress faster toward the modules you want, and you can leave the ones you aren’t as excited about in the dust. If you’ve already met the module research requirements in a tech tree prior to this release, you will immediately be able to claim your new ship (once it is researched with XP).

Each ship tech tree now features a progress bar, which shows the number of items you’ll need to research and buy to claim a ship in the next-highest tier. Here’s a breakdown of the modules required at each ship tier level to unlock same-class ships as well as new ship classes:

Please note: since you only have to buy a limited number of modules and no longer have to purchase ships, we have slightly increased the Credits cost for modules across the board. However, the overall cost to advance is the same as prior to this update. 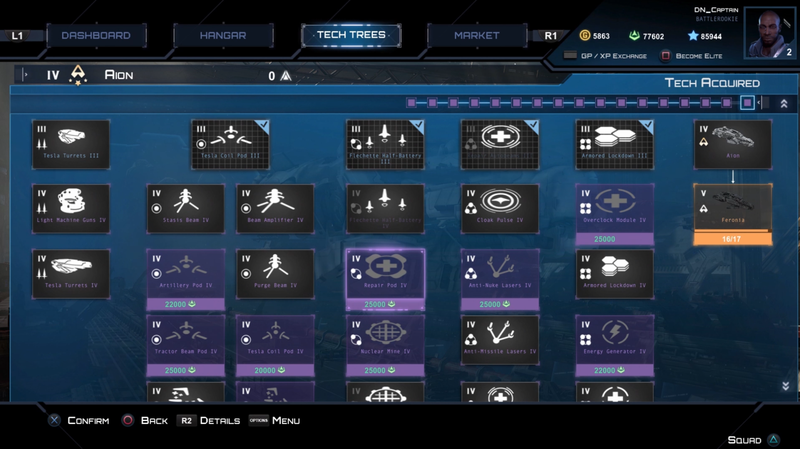 Your weapons are now loaded (with precise stats). Combat damage numbers show you how much damage you do with every shot (or the cumulative damage over a defined attack period). You can adjust the options of this new feature in “Settings.” Select “Game,” then “Combat Numbers.”

Now you can jump back into battle, without having to return to the hangar. Once you complete a match, each player will have this option as well. While waiting for other players to requeue, you will also have the chance to reactivate Battle Bonus by spending Credits.

Players who opt not to requeue (or cancel their requeue) will be replaced with new players. However, if too many players decide NOT to requeue, you will automatically be sent back to the hangar.
Note: if you choose to requeue for battle, you must use the same fleet of ships that you used during the previous match

Each loadout can be equipped with its own modules and cosmetics, then selected in the Orbit screen or mid-match on the respawn screen. And no matter which loadout you choose for a ship, you’ll still get the same XP and match rewards.

Dev Note: “With this update, we hope that players feel free to try unconventional modules on their secondary loadouts (since they will already have their trusted primary loadouts). We also wanted to give players greater flexibility to adapt to the tactics of the opposing team mid-match.”

What’s better than one loadout? Two! Now you don’t have to choose between taking a Thrust Amplifier or Blink Warp into battle. Every ship (excluding Hero Ships) now has an “A” and “B” loadout slot.

Get a better view of your team before you warp into battle. The new orbit screen starts off with a wider camera pan to show you each of your teammates’ ships. Once you choose your vessel, you’ll warp in to join the lineup.

No more unlocking modules in a certain sequence to get to the bottom of a tech tree! Now all of a ship’s modules are available to research and unlock at the same time.

Dev Note: “The removal of prerequisites means that players are now free to research and purchase the modules they want, in whatever order they desire. We think this will allow them to quickly unlock their preferred modules for their primary loadout, and give them the option to experiment with the rest in a secondary loadout.”

Enjoy an updated end-of-match scoreboard with your captain in full view! The end-of-match screen provides a quick look at the top 3 players, your personal stats as well as the rewards you earned in each ship you played.

Dev Note: “Our goal for this change two-fold. We wanted to celebrate the best players after a match (besides just featuring them at the top of the scoreboard) and to provide more insight into the rewards for every player.” 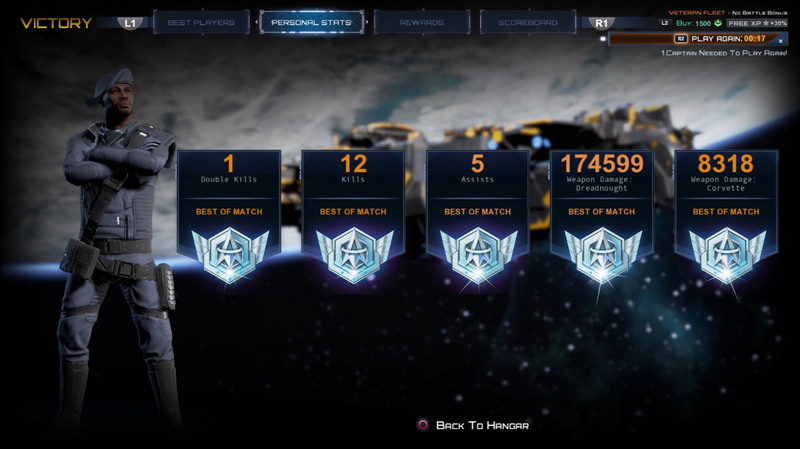 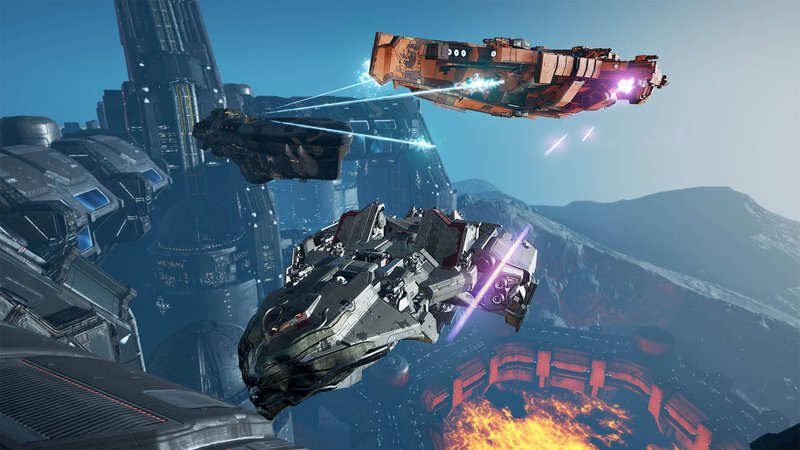 We have introduced a Sheltered Matchmaking system that will greatly improve the new player experience in Dreadnought. Players that have just started the game will now be placed in a separated matchmaking queue that will prevent them from joining matches with too experienced captains that are playing their Recruit Fleet.

Tier-II ships have been removed from the Veteran Fleet. From now on, Tier-II ships can only be used in the Recruit Fleet.

Calls to Action will now display to alert you to various opportunities in the hangar. For example: when you earn your first GP, you’ll be notified that you can go buy a cosmetic item in the Market.

Queue up for both Onslaught and Team Deathmatch with the new “Any” matchmaking hopper and find matches quicker!

PS4 Patch 3 combines the balance updates from multiple PC patches. Read the balance spotlight articles below for a full breakdown of the tweaks and improvements in this update. 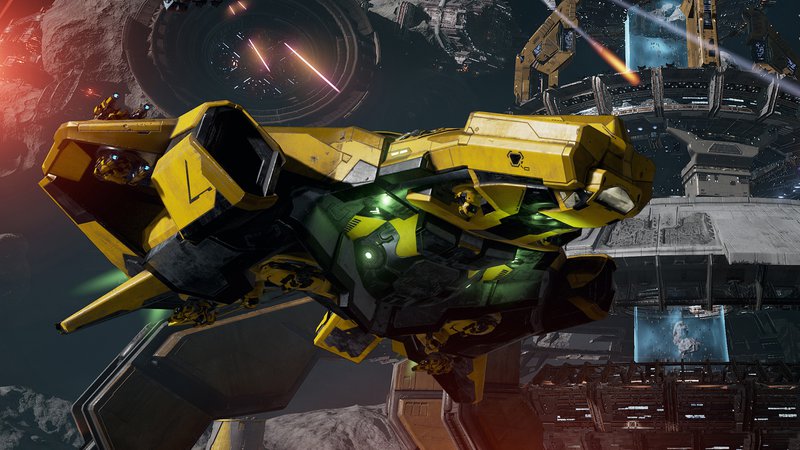