Warframe Reworks Saryn Once Again With Its Latest Patch

Our lady of poison is taking the center stage with Saryn Revisited 2.0! Yes, that’s right! She has been revisited for a second time, and this time we took a closer look at increasing the fun factor by removing layers of complicated synergies and giving Toxin Lash and Molt a long deserved encore.

Read all about our intent and full details on the changes in the official Saryn Revisited 2.0 Dev Workshop!

Spores
Inflicts target with a pox of Corrosive spores. Spread spores to nearby enemies by destroying them or killing their host (*Specifically by the spores themselves or by the hand of the Saryn who owns those Spores). Trigger the ability again to detonate active spores. Additionally:

Molt
Shedding her skin like a snake, Saryn leaves a decoy behind to draw fire from enemies.  Additionally:

Miasma
Release a poisonous miasma that deals Viral damage to enemies in range. Foes afflicted by spores are more susceptible to the mist. Additionally:

We hope you enjoy experimenting with her changes. We will be watching closely for your first impressions. As always, we appreciate your constructive feedback and encourage you to thoroughly play with the rework before sharing your thoughts: https://forums.warframe.com/topic/957215-update-2220-saryn-revisted-20-feedback-megathread/ 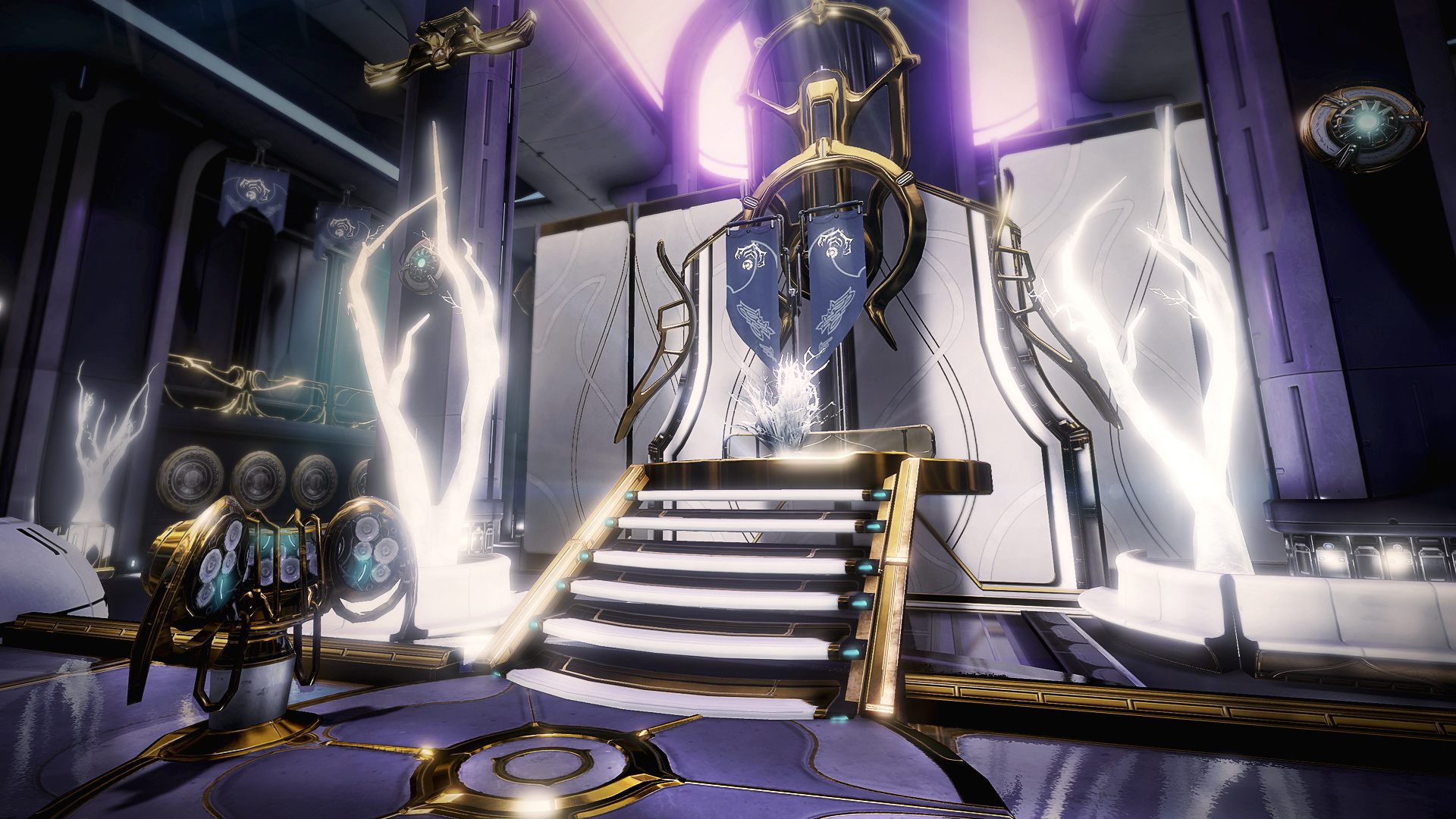 If you recall, we added enhanced Dojo Decorating earlier this year with some other minor changes. Part 2 has arrived, and it brings with it new visuals and a highly anticipated room!

Lighting Remaster!
Polychrome has a new function: Room Lighting Controls! Construct and place a Polychrome to explore all the new lighting and fog options for each room in your Dojo!

Did you miss our Dev Workshop!? Read it quickly here – it’s short: