Check out a huge update which was just applied to Gloria Victis MMO RPG! Waging war in the vast medieval open world may be exhausting, so we’ve just introduced the cooking system! Check out dozens of new meals and recipes and keep in mind to eat regularly to preserve your strengths for a battle. Also, take care of what you eat – good meals will increase make you stronger! And the last but not least – warm meal is a real blessing, so better have a field cook in your warband!

Moreover, now guilds can fight for fame with just added guilds ranking! Guilds advance the leaderboard by gaining Guild Points which are obtained for controlled guild castles, but you can directly aid your guild as well – read below!

Check these changes on your own and see you in battle!

– Introduced hunger system with 3 states displayed as buffs: Starving, Hungry and Fed depending on current character’s Food Level
– Character loses 6 Food points per minute when moving and 2 points per minute when staying idle – max amount of Food points is 1000 and can be fully restored with 4 good quality meals, which also applies 2h-lasting buff and additional 1 hour with no debuff; Food level don’t go down when character isn’t logged in
– Introduced the cooking system with 16 new meals, 2 new types of raw meat and 4 new types of raw fish
– If your character is in Starving state, it gets 10% less max HP and stamina
– If your character is in Fed state, it gets 1% more max HP and Stamina and 5% larger HP and Stamina regeneration per buff stack (up to 10 stacks) depending on average quality of food being consumed over time
– Introduced different types of food: raw [for raw meat and fish only], freshly cooked, reheated, cold and rotten – dedicated field cooks will be a great aid to warbands!
– Raw food gets rotten after at least 3 days, freshly cooked meals get cold after 1h, cold food gets rotten after at least 7 days (these are the minimal times, some items like groins and beers have much longer time, like a week or month); current time to rot is calculated as average for all items in a stack; we know that some players are not logging daily so time to get rotten for all food currently possessed by players will be extended by 1.5 month, in order to let them process their food in time (keep in mind that adding freshly gathered/crafted food to stack will effect in reducing the average time on specific stack)
– If you missed the time when food is warm, you can reheat it 1 time – although this action will slightly reduce the food quality, you will have another 1 hour to eat it with better quality than the cold foods have (after this 1 hour reheated food will get rotten)
– Introduced Food Merchants in capital cities and nation-based locations which are selling meals and food recipes – closer to the central PVP areas, better the assortment they offer 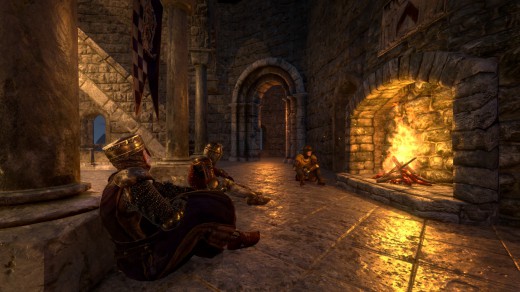 – Introduced guilds ranking based on points earned by players for killing enemies in open-world
– Killing an enemy player in the open world (not in arena, ranked duels or tournament) gives 500 Nation Points – killed player loses them from his account
– If enemy’s Nation Points reached the minimal value or he hasn’t reached 30 level on any of his characters, you will not get points for killing him
– If the amount your Nation Points is lower than 0, you will regenerate them over time – regeneration speed depends on the amount of nation-based locations controlled by your nation
– Locations linked to capital city generate 50% more Nation Points
– Contribution in open-world killing an ally player, which isn’t marked as a traitor, is punished with -500 Nation Points
– Having positive amount of Nation Points slightly reduces respawn time and looting points which other players will have when trying to loot you
– Each attack (even a blocked one) done in open-world to an ally player which isn’t marked as a traitor is punished with -1 Nation Point
– Guilds can obtain Guild Points – either from players who can put in their own Nation Points by talking to NPC in capital city or in guild castle, or over time for controlling guild castles; Guild Points of each guild are displayed in the Rankings window
– If a player leaves a guild, all Nation Points he already put in are removed from guild’s account and don’t get restored to the player’s account
– From now on, guilds earn and lose Guild Levels after gaining or losing required amount of Guild Points
– From now on, maximum level of possible upgrades of buildings in guild castles – except from main building – is limited by current Guild Level; if a guild castle got taken by a guild which level is too low compared to existing upgrades, it will not be able to upgrade buildings further until earning required level but the buildings won’t be downgraded 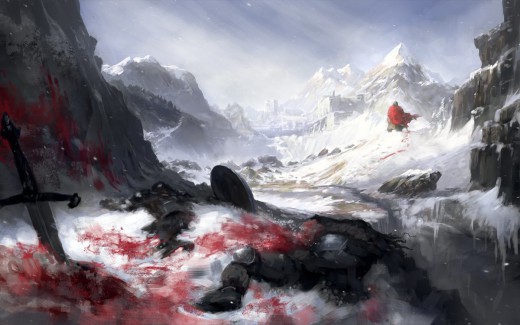 – Added 4 new nation-based locations: Mereley Farm, Mereley Lumbermill, Dunfen Farm and Mudmine in order to complete the 3-way layout of PVP locations for lower level players
– Moved Midlandic and Ismirean Last Stand forts – For Dunfen and Fort Mereley – to new places in order to make them fit to position of Fort Serai and the recently added forts in non-looting area
– Updated links connections on Midlandic and Ismirean Last Stand forts and forts in non-looting areas
– Moved Skogar Castle and Ulfgard with their minor flags more to south in order to reduce distances required to travel along the Ismir-Sangmar link
– Moved one of siege spawns of Ystad Fort to a closer location 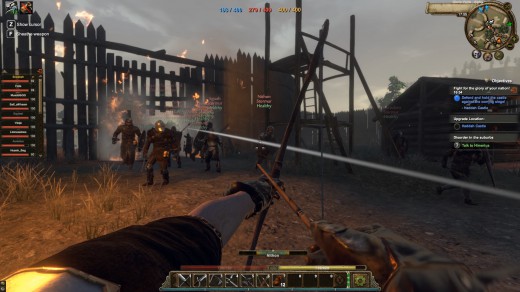 – Added 16 new quests per nation on the recently added minor locations
– Added small non-looting zones on safe spawns – barns in locations to capture, spawn room in the castles’ keeps and spawns for attackers in the River Outpost event
– Increased amount of Stamina for new characters – they used to have 350, now it’s about 530; this change also slightly increased amount of stamina for high-level characters but mostly reduces the level gap
– Updated algorithm selecting the defenders in after-tournament siege event