This chapter will allow you to earn faster in Jurassic World Evolution. You will find out where the financial reports are displayed and what you can earn income from. 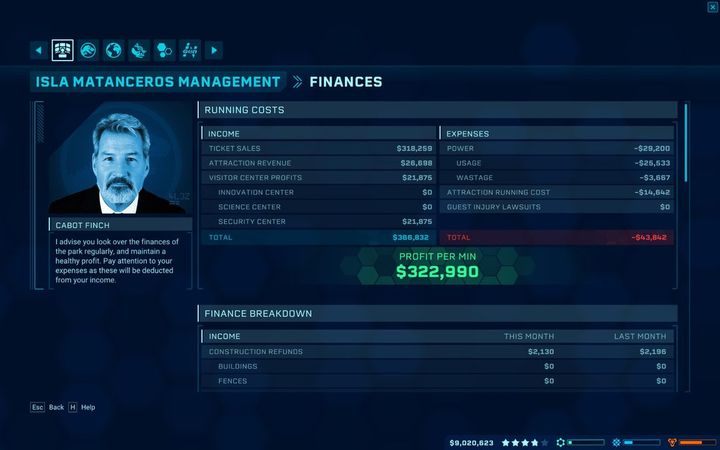 Expeditions are a way to make some money. It is true that sending an expedition generates costs, but often you can go for a plus – aside from the samples that can be used to study the genome of the dinosaur, your team can also bring minerals that you can sell at exorbitant prices. One such “pebble” can cost over $120,000. 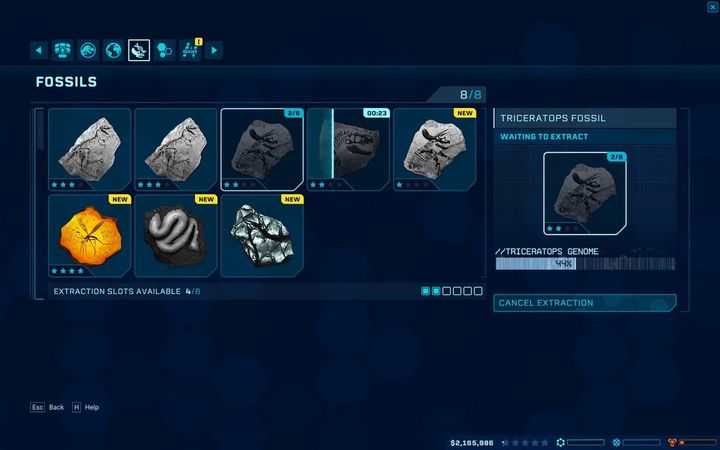 The sale of dinosaurs is also quite a good way of earning money, although it is not recommended to sell little-known dinosaurs. For example, developing a modified Huayangosaurus costs about $280,000, while the income from its sale (see screen) is only $17,000 – it is not worth doing it anyway. Moreover, you’ll be losing a substantial sum. In the early stages, it’s better to photograph dinosaurs. 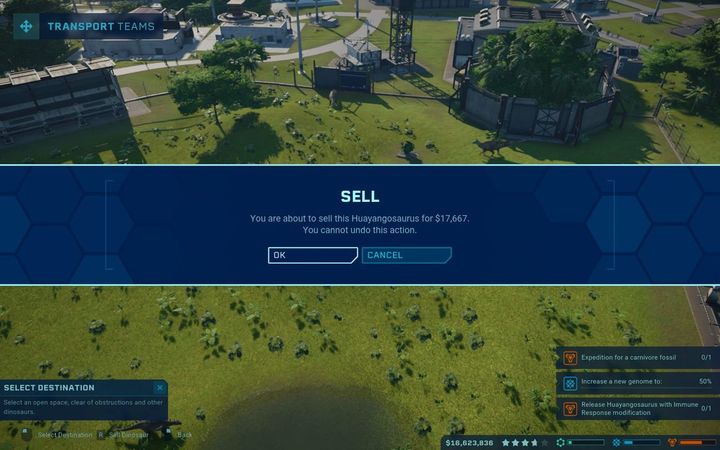 Shops have an average share of profits. However, they are required (without it, you will not get a higher rating). Shops and service facilities can be controlled by changing the range, price and number of employees. Pay attention to the fact that by increasing the number of employees, you also increase the number of guests that the object is able to receive. 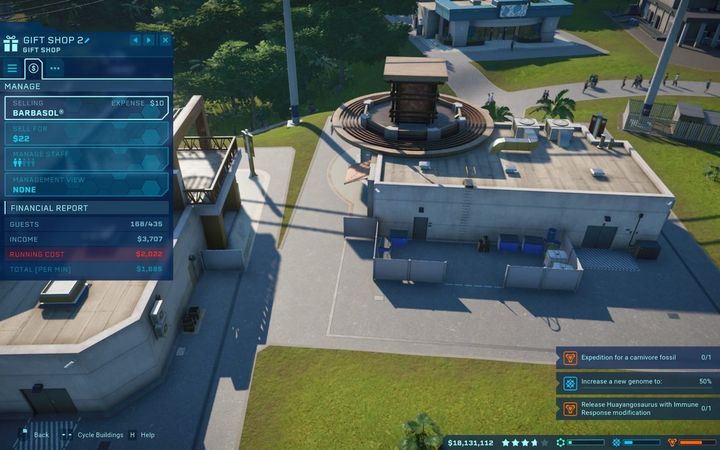 Next to the profits from ticket sales, contracts are the basic source of profits. You can get up to $ 300,000 for one contract. At one time you can have 3 contracts / missions from various development trees (science, entertainment, security). You can ask for a new mission at any time in the Control Room -> Contracts -> Request New Contract. 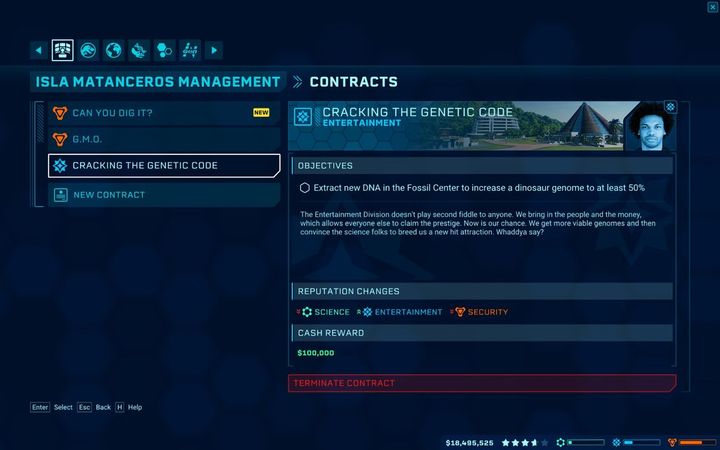 This is another quite good way of making money; in some situations it can be even a very good additional income if you have a lot of dinosaurs of all kinds. The more dinosaurs, flora and dinosaur activity you catch in one photo, the greater the prize for the photographs will be. 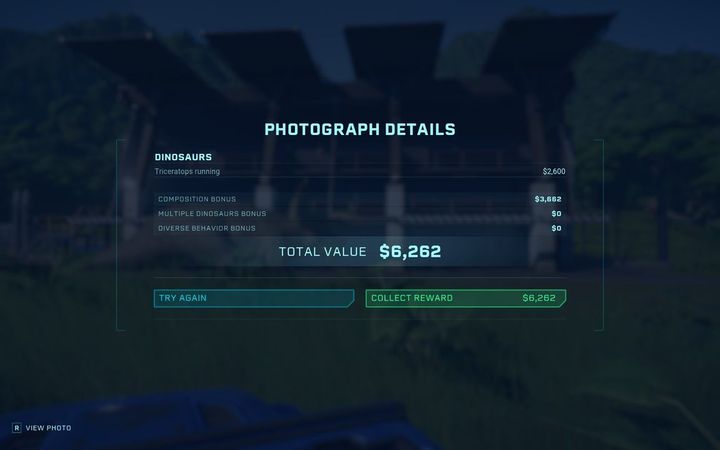 You can even catch a dinosaur attacks a tourist or another dinosaur, but remember that attacking civilians is associated with a decline in the park’s rating. 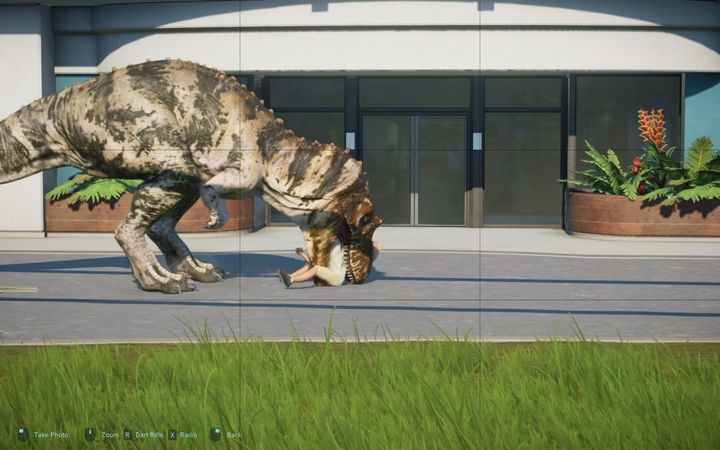 Another additional income is the Visitor Center facilities, which can be unlocked by having the appropriate number of reputation points in one of the three reputation trees. 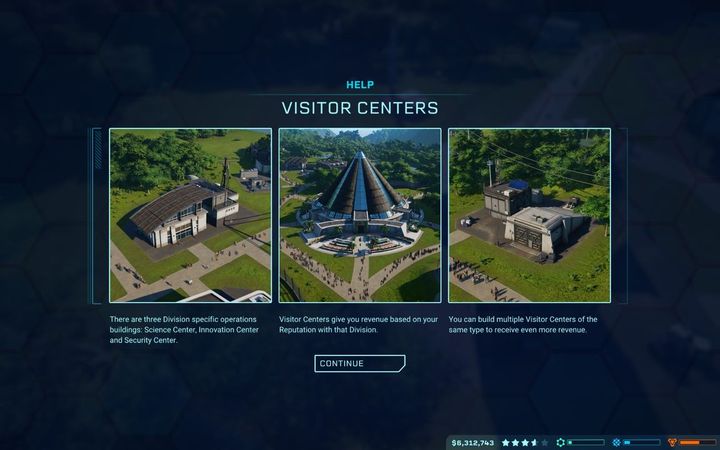 Basically, the income from the Visitor Center depends on the amount of reputation. For example: one Security Center and half of the reputation bar in security, gives comparable revenue to stores. You can have several such objects.