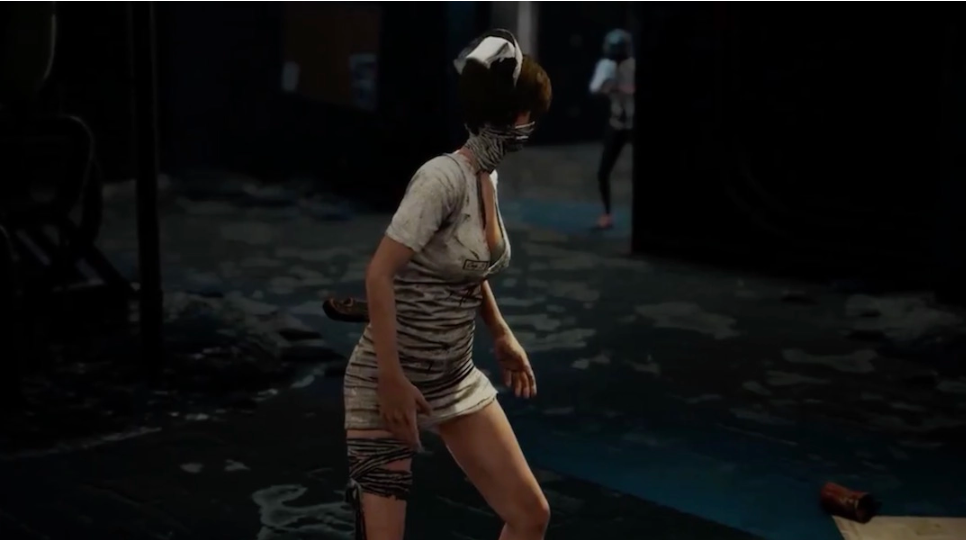 It looks like PlayerUnknown’s Battlegrounds is preparing for its Halloween event. Today, PUBG Corp. provided a short tease to prepare players for all of the spooky fun to come.

The news comes straight from the official PlayerUnknown’s Battlegrounds Twitter account, where a very brief video clip was posted. In it, we see a player in a Silent Hill-esque nurse outfit running from a character in a creepy clown getup, while another machete-wielding character stalks the area.

Not a lot can be gleaned from the short preview, but we will likely learn more about the event soon since Halloween is just a couple weeks away. Let’s hope it turns out to be more of a treat than a trick.

Speaking of Halloween, another popular battle royale title is also preparing its annual event. Season 6 has begun on Fortnite and with it came a huge leak of many of its upcoming Halloween-themed cosmetics. A thorough datamine of the game’s files unearthed loads of skins, pickaxes, gliders, back bling, and emotes, many of them themed to the spookiest of holidays.

Some of the highlights are two plague doctor and Pumpkinhead skins, a skull sickle pickaxe, some gruesome capes, and a back bling chemistry set. The fan-favorite Skull Trooper skin has also returned and is available in the shop now. All in all, there are plenty of creepy cosmetics to get players into the spirit of the season.

For the players who are more into skins, it’s worth checking out Overwatch, which has added a plethora of eerie cosmetics as part of its Halloween Terror event. The Junkenstein’s Revenge mode has returned, too, though its just more of the same, with many of the stages having received spooky makeovers. The skins, however, are typically the highlight of the event, and this year doesn’t disappoint.

PlayerUnknown’s Battlegrounds is out now for iOS, Android, PC, and Xbox One.