For Update 1.62 we are completely reworking the four main nations in the game (Amakna, Sufokia, Bonta, and Brakmar) in order to improve gameplay. This update is scheduled for December – find out more about it now. 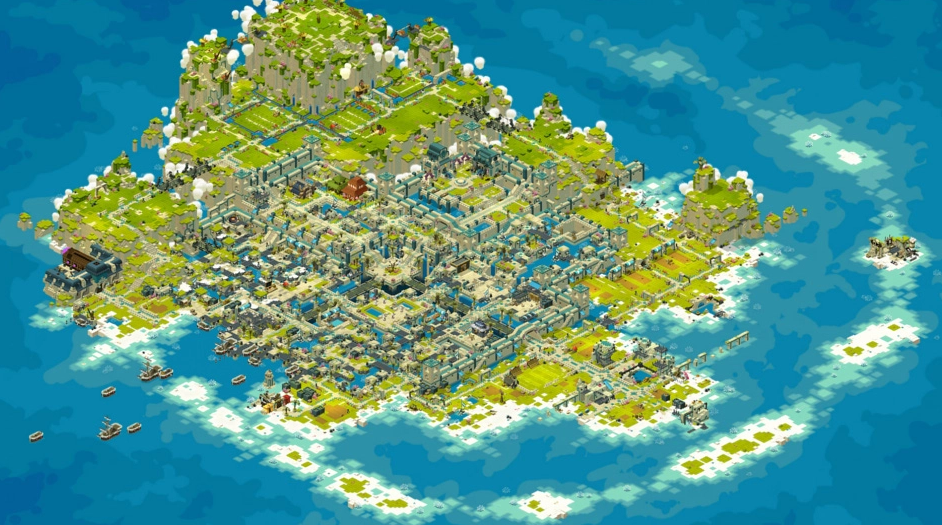 Community feedback in response to the total revamp of Astrub has been very positive overall, and so we wanted to offer this same level of quality for the four main nations.

We benefited from the experience gained from redesigning Astrub to improve almost all aspects of nations: their appearance, the quality of exploration of and navigation, balancing, and distribution of content (monsters, items, dungeons, etc.).

The four updated nations will be smaller (less surface area) because we want to make navigation easier (getting around will take less time), make content more concentrated (less “empty” and “unnecessary” space), and encourage interaction among players (who will have a better chance of crossing paths and interacting).

And to help you find your way around the nations, we’ve improved the “token” system on the world map by listing more points of interest.

Along with fully revamping nations, we would like to improve character advancement (leveling up and finding content) by better distributing monster families.

To strengthen the identity and usefulness of each area, monster families will now be specific to a single nation (there will no longer be duplicates among multiple nations).

Table showing the distribution of monster families by level bracket and nation:

This new distribution of monster families allows us to provide fresh content for nearly all level brackets, and it will encourage players to return to nations they’ve previously visited.

Instead of forcing players to progress over long periods in a single nation, we chose to develop a fast and varied path between the four primary nations.

We took advantage of this massive project to improve how monster families work. Over the years, we’ve developed new ways of creating more interesting spells, and we were able to apply those methods to this major update.

Some of the monsters present in the nations were created several years ago, shortly after the game’s release. We therefore updated each monster family found in the four main nations, balancing them while making their fights more deep, interesting, and dynamic.

We made use of this project to introduce three new dungeons of levels 140, 155, and 170. We’ll talk more about this content in an upcoming article.

Changing the monster families’ levels also has a positive effect on the distribution of dungeons in the game based on their level: 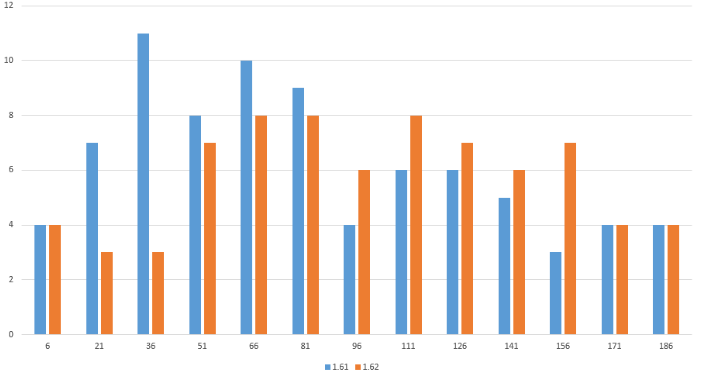 (This graphic does not account for Ultimate Boss dungeons or quest-dependent dungeons).

“Celestial” dungeons have been removed, but in the long term, we intend to reintroduce the monsters found in them in a new form.

We have completely updated how dungeons are distributed, as their excessive concentration at lower levels was not very useful for players; characters would progress too quickly and not even get the chance to try out all these dungeons, while they experienced a lack of dungeons when approaching level 100. With this new distribution of content, advancing in the game should be much more fluid and enjoyable.

Dungeons found in nations have, by and large, been considerably improved (scenery, deeper game mechanics, and improved rewards), and we encourage you to go and rediscover them.
Some of these may even have surprises or secrets in store for you:

After improving monsters and their levels, it made sense to tackle the equipment associated with them. Over 500 old equipment items have been modified and improved:

Versions of these items obtained before the release of Update 1.62 will not change and can no longer be obtained.

In addition to improving existing equipment, we are adding about 100 new equipment items.

You’ll discover seven new quests in this update (which allow for a smoother transition between nations and help the player to discover one area after another).

Environmental quests (based on the Astrub model) play a role as well; these can be found in each zone within every nation.

Phoenixes are now only present in the center of each nation’s capital.

Upon death, characters are transferred to their nation’s Phoenix (if they are nationless, they’ll be transferred to the Phoenix in Astrub). They are located near Zaaps and Drago-Expresses so that you have a reasonable amount of time to return to your original spot after dying.

We made this change because we wanted to make capitals more prominent and because we’ve noticed that players would regularly forget to update their save point.

The new Phoenix of the nation of Amakna: 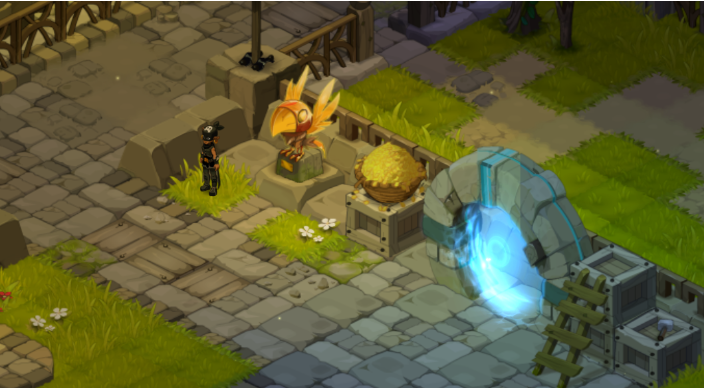 In Update 1.61, we introduced a new interface for accessing Haven Worlds. In Update 1.62, we’re improving access to Haven Worlds by creating an access point (called a Haven Tree) located in the center of each of the four capitals.

Here is the Haven Tree for the city of Amakna:

All workshops are now to be clustered in capitals. As with Phoenixes and Haven Trees, we want to revitalize capitals by giving players many more chances to visit them and spend time there. 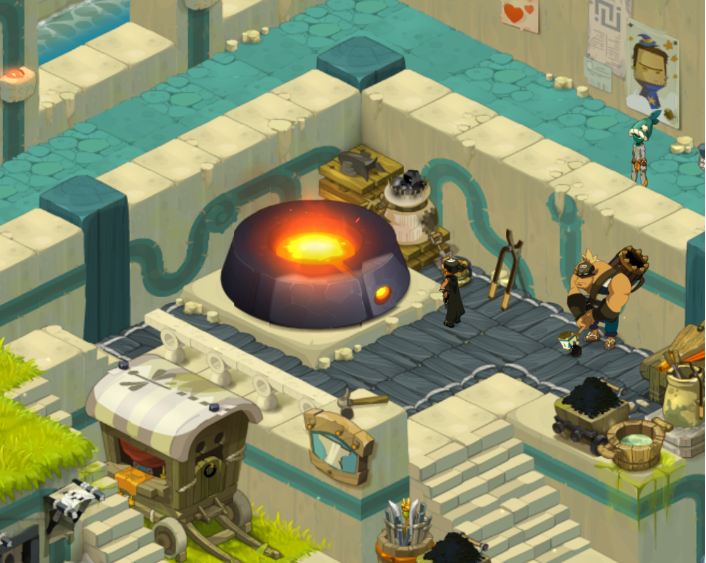 The number of harvestable resource nodes found in nations has been balanced and generally reduced. We’ll pay close attention to the impact of these changes, and if necessary, we’ll make these resources appear more frequently or increase the amount of resources obtained when harvesting.

We’ve also improved the appearance of certain harvestable resources to make them much better integrated with the environments of the new nations. 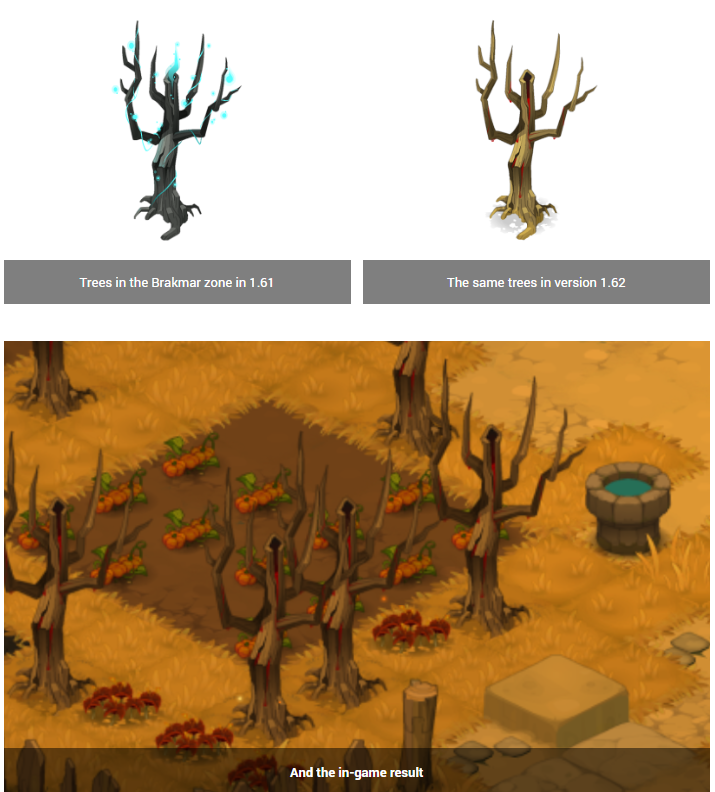 The work involved in revamping nations has kept part of the team intensively occupied for several months, and so we are anxious for you to be able to explore these territories. It’s the perfect opportunity to create a new character and rediscover the Wakfu adventure!

Are there still artifact chests?

These chests can be found in the new nations.

What will happen to the treasures of the Calamar Island pirates?

These treasures will not be around in the updated nations; we believe these mechanics are outdated and no longer belong in the game.