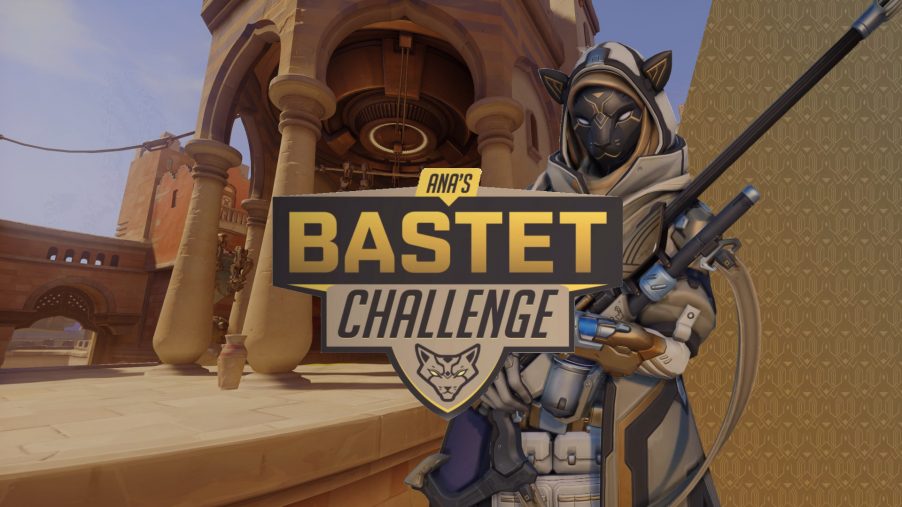 The folks at Blizzard have revealed Ana’s Bastet Challenge, a brand-new mini challenge for Overwatch. Additionally, the Overwatch PTR January 2019 patch has made some small balance changes to three of the game’s heroes and is now available for testing.

Ana’s Bastet Challenge is similar to D.Va’s Nano Cola Challenge which took place in August of last year. The challenge was revealed not too long after the release of the BASTET short story written by the game’s Lead Writer Michael Chu. Players must win games in qualifying modes to hit certain milestones and unlock bonus content. A short trailer has been released explaining exactly how the challenge works. A couple of infographics break down all of the details for what you can expect. 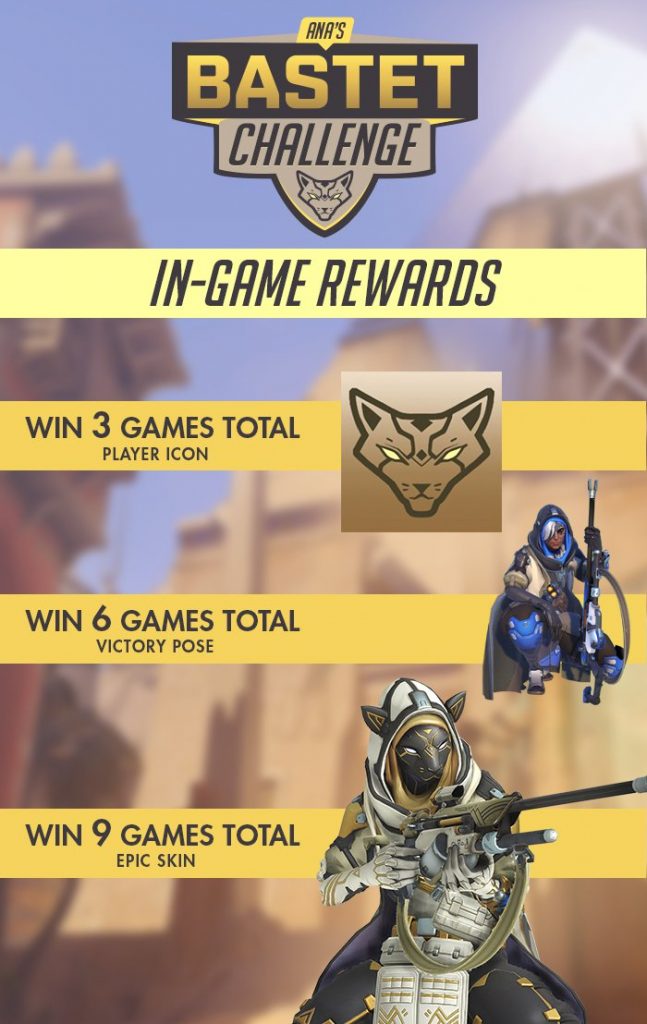 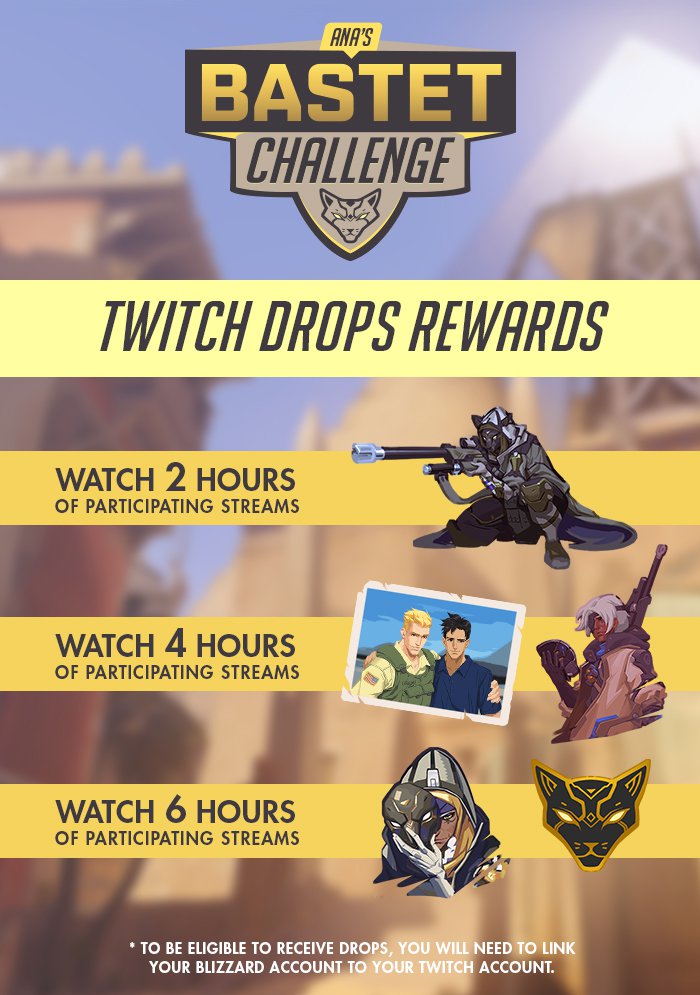 Five bonus sprays are also up for grabs in Ana’s Bastet Challenge. You can get the first spray by watching 2 hours of participating streams, two more for watching 4 hours, and the final two sprays at the six-hour mark. The current streamer on deck is Emongg and you can view a full streaming schedule at the event’s page.

A special store page is also up on the Blizzard Gear Store with a pretty neat bonus offer. Simply purchase $20 or more of products and you’ll score a free Ana Funko Pop! This offer is in effect for the duration of Ana’s Bastet Challenge and will conclude at the same time the challenge ends: January 21, 2019. You can easily see how this challenge works (and how to link your Blizzard account to Twitch) by watching the trailer for the event:

Aside from this new gameplay stuff, a patch has deployed which activated this mini event. This patch also adds the skins for the eight expansion teams that were added to the Overwatch League for Season 2 and makes some small changes to the way spectating works in the game. Also on deck is the Overwatch PTR January 2019 patch which makes changes to a handful of heroes.

The Overwatch PTR January 2019 patch is now live and the patch notes break it down pretty succinctly. Here are the changes being tested for the game’s heroes:

There’s one additional change in the Overwatch PTR January 2019 patch. Armor damage reduction is being changed from -5 to -3. Effectively, this is an across-the-board nerf for armor whether it’s applied as an effect or part of a hero’s natural health pool. As an example, Soldier: 76 will now do 16 damage per shot to armor as compared to the previous 14 damage per shot.

That’s it for the Overwatch PTR January 2019 patch! As for Ana’s Bastet Challenge, you have until January 21, 2019, to get your hands on all of the neat goodies!

What do you think of Ana’s Bastet Challenge? Do you think the balance changes coming in the Overwatch PTR January 2019 patch are a good idea? Let us know in the comments below!