Once every year, all of Sinley Bay comes together to celebrate a new lunar cycle, a tradition held since before humanity left its place on Earth to colonize the stars. Captains toast to good luck and fortune in the coming year while collecting some extra experience on the field of battle.

Enjoy Bonus XP – battle rewards have been supercharged! From January 31st until February 11th XP rewards from in-game events and end-of-game bonuses for both Ship XP and Free XP are increased. Even better, all your Battle Bonus and Elite Status bonuses will benefit from this boost too!

As a special bonus, all players who log in on February 4th will be granted 7-Days Elite Status! This reward will be gifted to eligible players later that same week, and does not begin counting down until they next log in to Dreadnought.

Hildisvini Emblem will be FREE in the Market during this event! Navigate to the Featured tab of the in-game Market to acquire it and other discounts! New items celebrating the Lunar New Year and heralding the end of winter have arrived too. 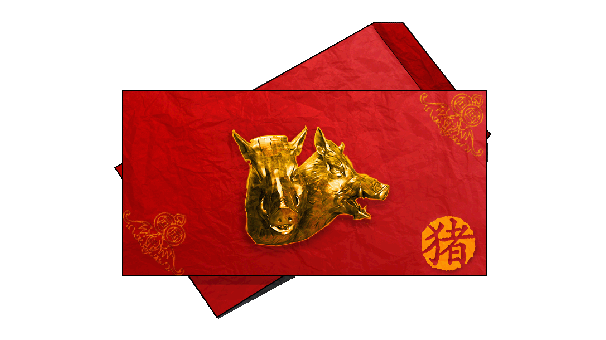 The Lunar New Year Bonus XP Event will take place at the conclusion of maintenance on January 31st for both PC and PS4. Downtime is set to take place from 2:00 PM – 3:30 PM CT. During this downtime we will also be delivering a hotfix for both platforms: on PC we will be addressing the Corvette’s Armor Amp module, and on PS4 releasing the hotfix to player-reported critical issues delivered to PC on 1/24 (including the Armor Amp balance).

Our team will continue monitoring player feedback and make additional improvements as needed. Look forward to our next game update later in February!