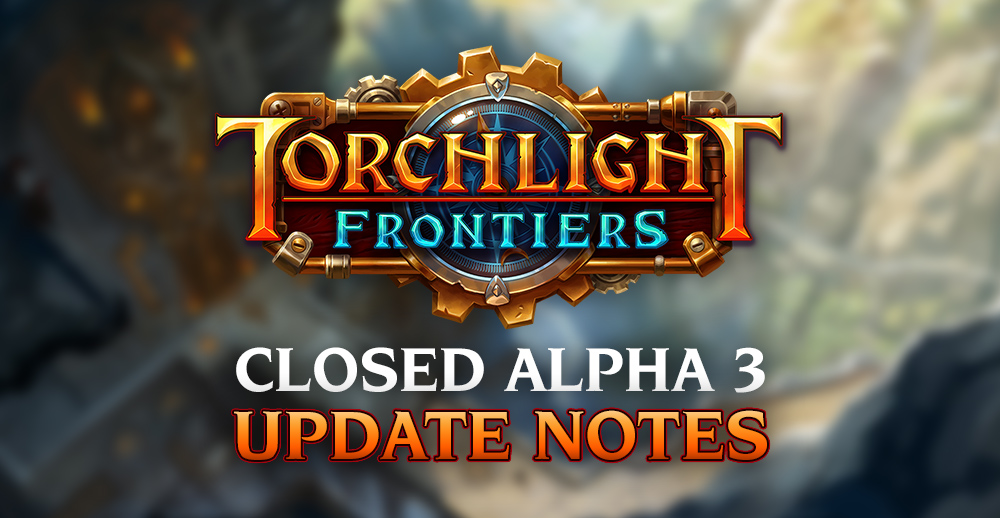 “Late last year, Closed Alpha 1 & 2 taught us a great deal about Torchlight Frontiers.  Although it was only a couple days focused on server testing, players still gave us a ton of feedback about the game. We listened. We changed the designs. We made some big changes and a bunch of small tweaks.  Fundamental systems for how a character progresses in the game have been significantly changed for Closed Alpha 3: characters have Frontier levels, harvested resources don’t impact skill progression and items got a massive tuning pass.  Thank you to all of the testers who helped us out!

The months between Closed Alpha 2 & 3 have given us an opportunity to respond to feedback, add new content, make new systems and squash hordes of bugs.  Although this patch list describes a large chunk of changes, it actually represents a minor fraction of the work that we’ve been doing.  We have big projects that we just aren’t ready to talk about.

Closed Alpha 3 marks a massive transition for Torchlight Frontiers.  We’ve lifted the NDA – streaming will happen.  One last character wipe, and then no more character wipes – we really and truly aim for that to be true. The game will be up 24/7 from now on.  Players can reach the far corners of the content instead of just the first couple areas. We are excited to have players living in the game and telling us about the awesome and the ugly.

Alpha 3 begins our full journey together to make this into a great game.  It’s going to be a fun ride. Thanks for joining us.”

Relics give a player a cool superpower, but we’ve heard that they need to do more. They need to have such a big impact on character strategy and such an interesting journey that they feel like a subclass. To get them to be that important, we need to go back through the Relics and make them better – a few at a time.  So, we’ve decided to reduce the number of Relics out there.  Expect to see improvements to previous Relics before we add new ones.

We made some big changes to items to address a wide range of issues. This was an effort to make items more strategic, fun at low levels and exciting to find.