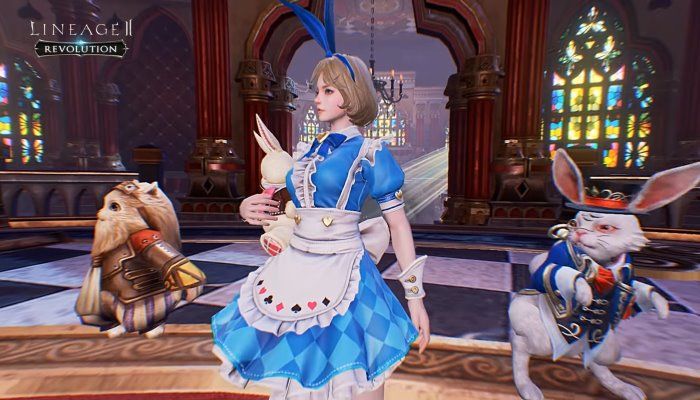 Lineage 2: Revolution players will be taking a trip down the rabbit hole to participate in the new War in Wonderland event. The new content is inspired by Alice in Wonderland and will allow players to earn Alice-themed items including costumes, a new mount, Wardrobe Tickets and more. In addition, cloaks and costumes now have sub-stats and they can face off against Alice-themed field monsters and world bosses later this month.

Inspired by the classic Alice in Wonderland novel, Lineage 2: Revolution’s War in Wonderland update adds a special Temporal Rift Dungeon – Alice’s Dream – that lets players enter the world of Wonderland at Level 10 where they will encounter weird animals, card soldiers, and the Cheshire Cat as the final boss. An all-new Adena Vault – Queen’s Treasure Chest – will be available for entry at Level 35 where expert players can conquer Card captains and soldiers for rewards.