OrbusVR Raid Beta And Bringing Back The Overworld

The next major update to OrbusVR will land on June 11th, and includes both the beta of the 10-player Raid, as well as a set of new content and features based on your feedback. 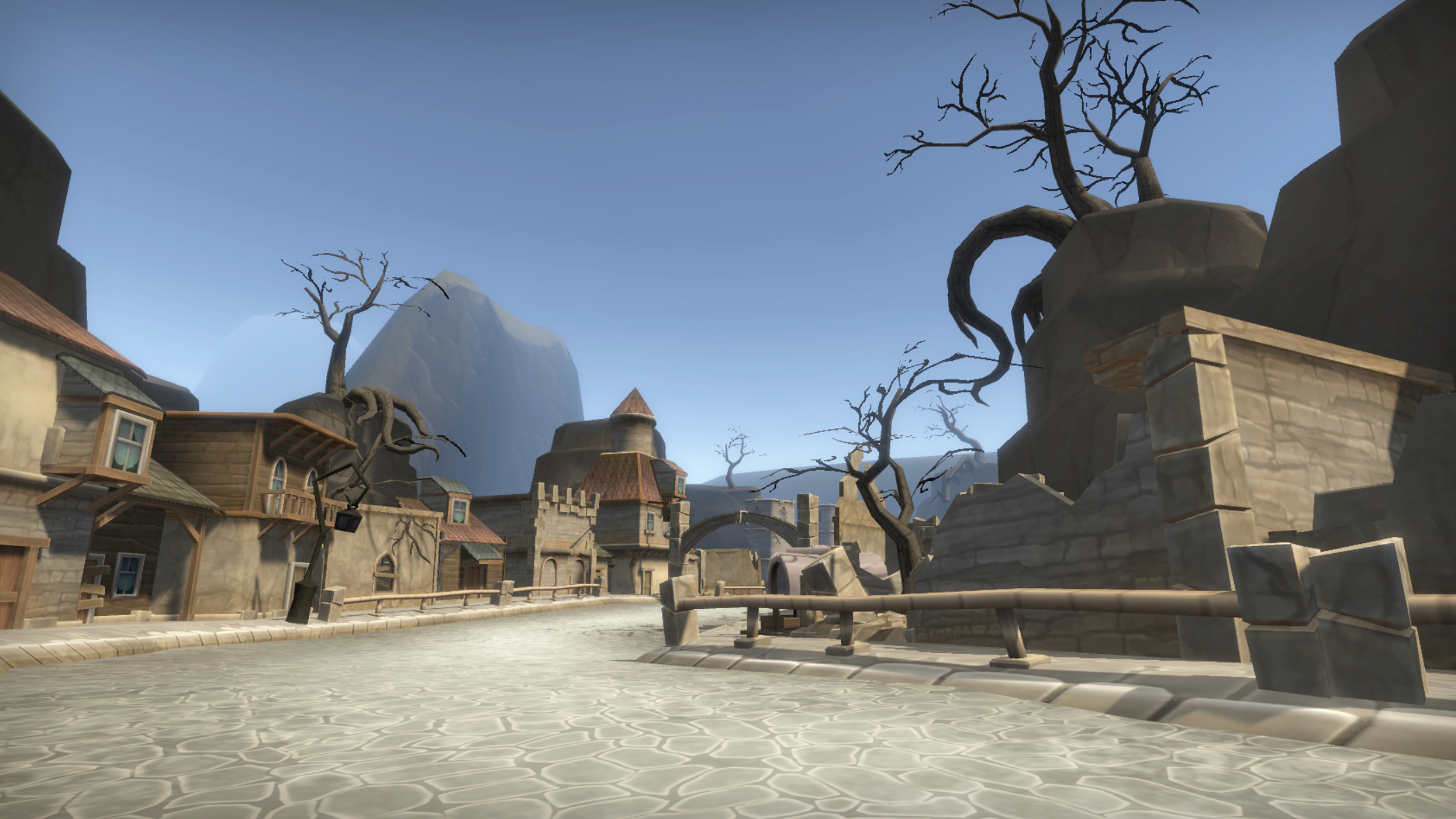 The Raid Beta will begin on June 11th when the patch launches at approximately 12 PM (Noon) US Central Time. There is a new option in the Queuing system which will allow you to queue into the Raid. If you join as a party of 10 players you will all be kept together, otherwise you will be matched with other players attempting to keep a Raid-ready configuration if possible. Note that you will enter the Raid instance with all of your current stats, gear, etc. when you queue, but nothing that happens in the instance will be saved — so you can feel free to experiment without worrying about wasting resources.

The Ruins of Guild City Raid features 5 unique bosses each with complicated and challenging mechanics which will test your group’s skills and coordination. If assigning players to a mechanical rotation, dodging projectiles, healing raid-wide damage, and positioning bosses to avoid wiping the group all sound like a good time, then this raid’s for you!

In terms of difficulty and tuning, the Normal Mode Raid’s tuning is designed similar to a low-level shard. The mechanics will need to be done correctly to complete it, but there is some room for recovering from error and you don’t have to be flawless by any means. The Hard Mode Raid on the other hand will be tuned similar to the Expert Mode Raid from the previous game, and will require incredibly precise execution of mechanics (including a few new ones that will be Hard Mode-only) to succeed.

Referring to our original end-game content blog post for Reborn, the Normal Mode Raid will drop +2 Epic equipment. Note that with Raid gear, the gear itself is specific to each class rather than armor type. Like Shard Dungeons, drops in the Raid can be traded until you leave the instance.

As with previous Raids, the Ruins of Guild City Raid will also feature some rare drops in addition to the equipment. Both Raid modes have a chance to drop two new unique dyes, and each have their own unique cape which drops off the final boss. The Normal Mode Raid has a very rare drop in the form of a Raid Pet. And for the first time in the Hard Mode Raid, we’ll feature a very rare mount drop.

Assuming all goes well, the actual Normal Mode Raid will launch 2 weeks after the Beta, on June 25th. The Hard Mode Raid will follow after that by a few weeks for those groups who want an even tougher challenge.

Bringing Back the Overworld

As we already previewed in a previous post, we’ve heard your feedback that you want us to provide more content in the Overworld besides just Missions and Public Events. With the June 11th patch, we’ll be introducing several new NPCs and questlines to the game which take place in the overworld, including the Explorer’s League Outposts (Phase One), the Brotherhood, and more. In total more than 15 new quests will be included in the update. The Outposts questline is also the first time that we’re introducing a quest which will change the world as you complete it; you’ll see the outposts begin to take shape, and new NPCs will appear in the world as you progress. 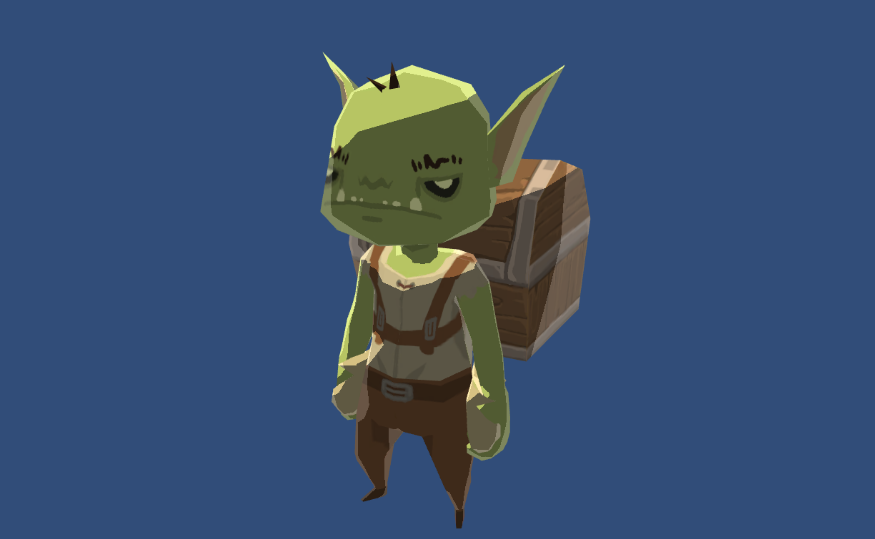 The Trickster Goblin is a rare spawn indeed.

The Trickster Chest was a popular PvP activity in the original game, and gave a nice rallying point for Open World PvP players to fight against one another on a regular basis. With this patch we’re introducing a similar mechanic in the form of Trickster Goblins. These are special creatures which will spawn every 8-10 hours in a random overworld location. When they spawn, a server-side announcement will be broadcast to all players informing them of the zone that they are in.

Killing a Trickster Goblin will spawn a chest which can only be looted by players with PvP Enabled. Inside this chest will be Trickster Goblin tokens, which are tradabale (and therefore will be dropped if you are killed). A new vendor has been introduced in Highsteppe which will allow you to purchase some unique items with these tokens including new dyes, a cape, a helm and shoulder transmog set, and the Magic Carpet mount, which is only available via this vendor.

For those players that enjoy setting up camp and farming some monsters, a new NPC has been introduced which will provide you with the Great Recombinant Introspective Never Dull Ingenious New Gathering (or GRINDING for short) device. This amazing device can be deployed in the overworld near your location. Once it’s active, every time that you kill a mob, a little bit of that enemy’s chaos essence will be gathered by the device.

After enough essence has been gathered, the device will charge up to a new level, and deploy a reward chest which features items from the loot tables of the mobs that you were grinding, as well as some additional rewards specific to the device itself. However, each time that the device levels up, it will require more powerful enemies to charge it, based on the enemy’s non-scaled level. Therefore, if you want to charge the device all the way to the maximum level, you will need to adventure throughout the farthest reaches of the realm.

In addition to the extra loot drops you will get from the enemy loot tables, you’ll have a chance to get two unique dyes, a transmog helm and shoulder set, and the Arcane Mount from the device. In addition to that, all of these items will be tradable but only usable by one person, just like the very rare overworld drops.

Preview of the Magic Carpet and Arcane Mounts

The GRINDING device is a great way to not only boost your overworld drop farming, but also to gain some unique items that you can keep for yourself or sell to other players for a tidy profit.

There’s a lot of content launching in this new patch, and we’re very excited to see players tackle the Raid, go on some new quests, and engage in some new overworld activities. There will also be some additional changes to class mechanics for the Musketeer and Paladin, as well as some overall class balancing changes, which we’ll preview soon. See you in-game!