Mount up and ride out, the first content update for Conqueror’s Blade is now available to download for free from the Game Center and Steam! The Knights & Squires update introduces a host of important changes to the game, including gameplay improvements and balancing, five new units, an endgame progression system, and lots more new content! 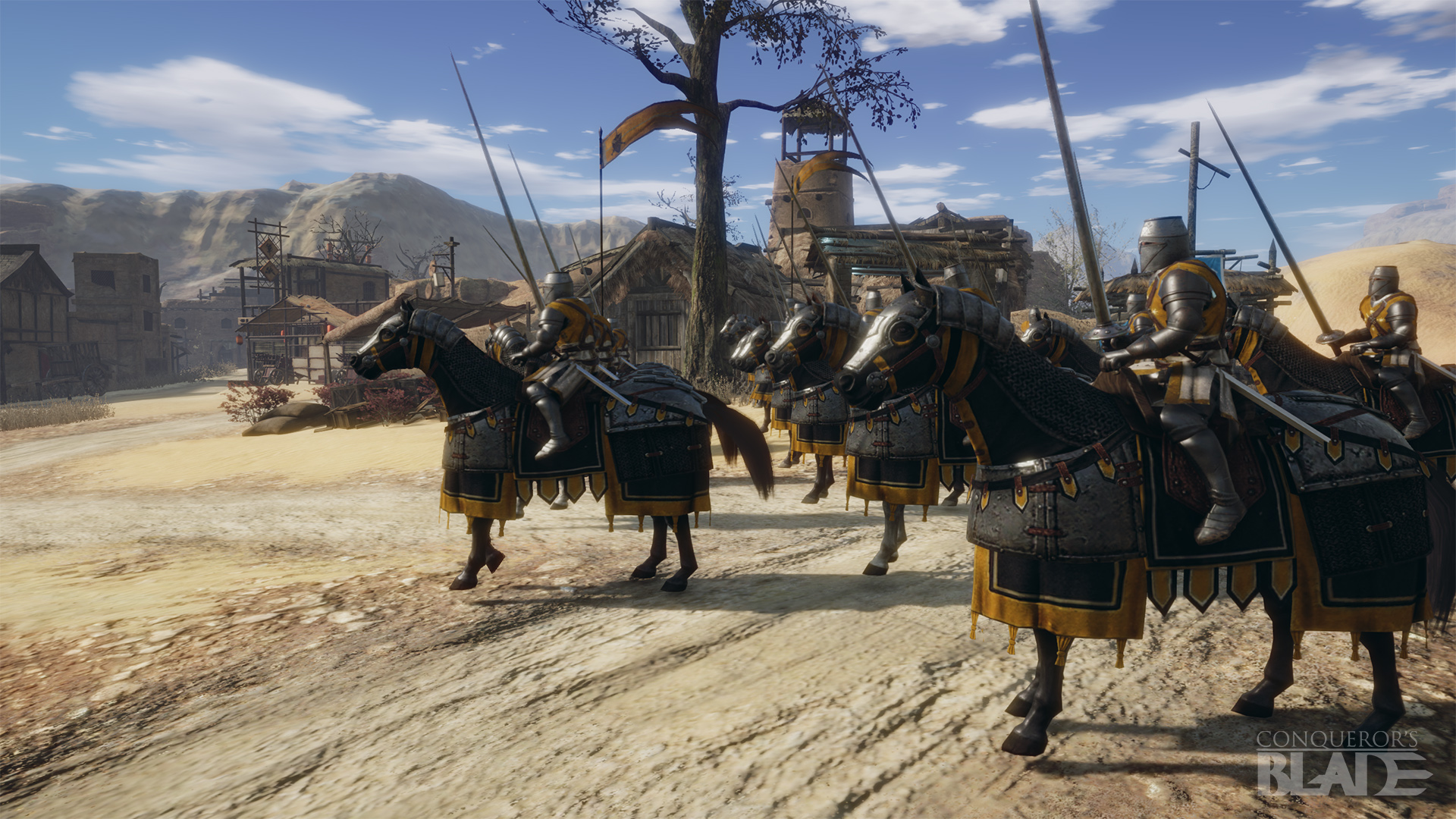 Reinforce your armies with the new Crusade unit line! This expansion makes five new units available to recruit: Demesne Spearmen (Tier 2), Squires (Tier 3), Spear Sergeants (Tier 4), Men-at-Arms (Tier 4), and Monastic Knights (Tier 5). Inspired by the chivalric orders that fronted a number of European militaries for centuries, these soldiers can provide reliable heavy support to your forces, with their considerable staying power making them a worthy addition to any army.

If you’re looking for more ways to show off your progression after hitting the level cap, we’ve got you covered. Military Ranks are part of a new progression system that will show other players an overview of your in-game military expertise and achievements! The system will activate when you reach level 60, with the Military Ranks displaying as a special frame around the class icon.

The Knights & Squires update also contains a number of crucial gameplay and quality of life improvements. Several balancing changes have been made to certain units. Notably, cavalry units have received a boost to their health and base attacks, while the clout of their charge has been reduced by 10%. Additionally, the Dual Blades and Nodachi warlords now have new or altered skills, and join the Longbow and Glaive warlords in receiving stat adjustments in service of a more balanced combat experience for all players. 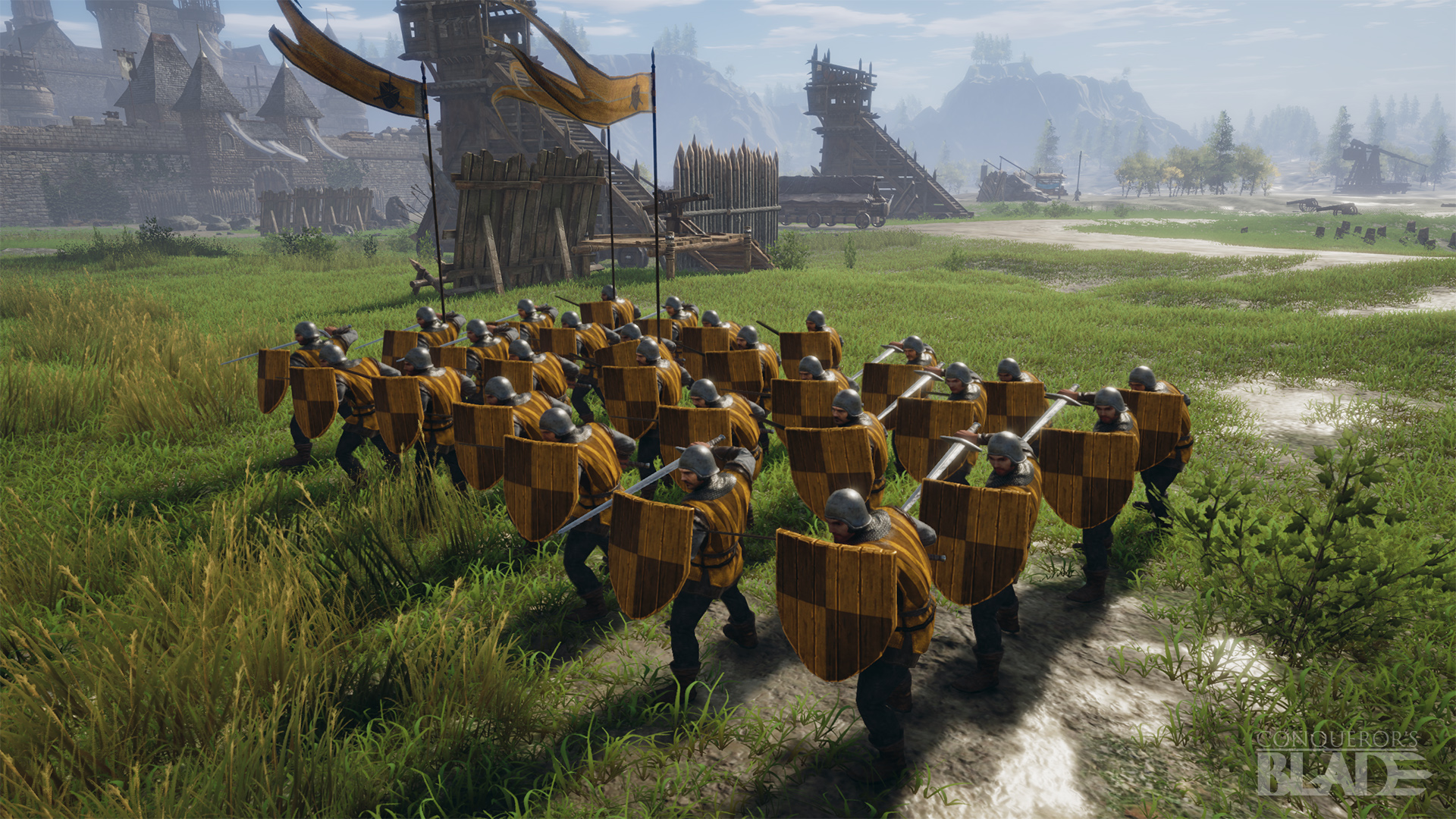 In the multiplayer arena, we’ve analyzed player behaviour and win rates to optimize certain maps, which will provide a better balance between attacking and defending teams during siege battles. Some additional changes have also been made to Territory Wars and the open world map.

If you feel like you’ve exhausted all your usual warlord tasks, don’t hang around your empire twiddling your thumbs – there are new quests at hand! New tutorial quests will provide more help to warlords still in training, with stellar rewards and equipment available upon completion. If you’re a seasoned warlord, a new set of daily, weekly, and fief quests are also available, with some tweaks made to the criteria for existing quests. You’ll now also have the ability to select a Skill Page for any class from the chests earned from weekly quests and drops!

Download the Knights & Squires update to experience all the changes and new content for yourself, and if you want a full breakdown of this update’s contents with all the juicy details, check out the patch notes!

Activated the Crusade Unit line which is comprised of 5 units:

Activated the Military Rank System for players level 60 and above. 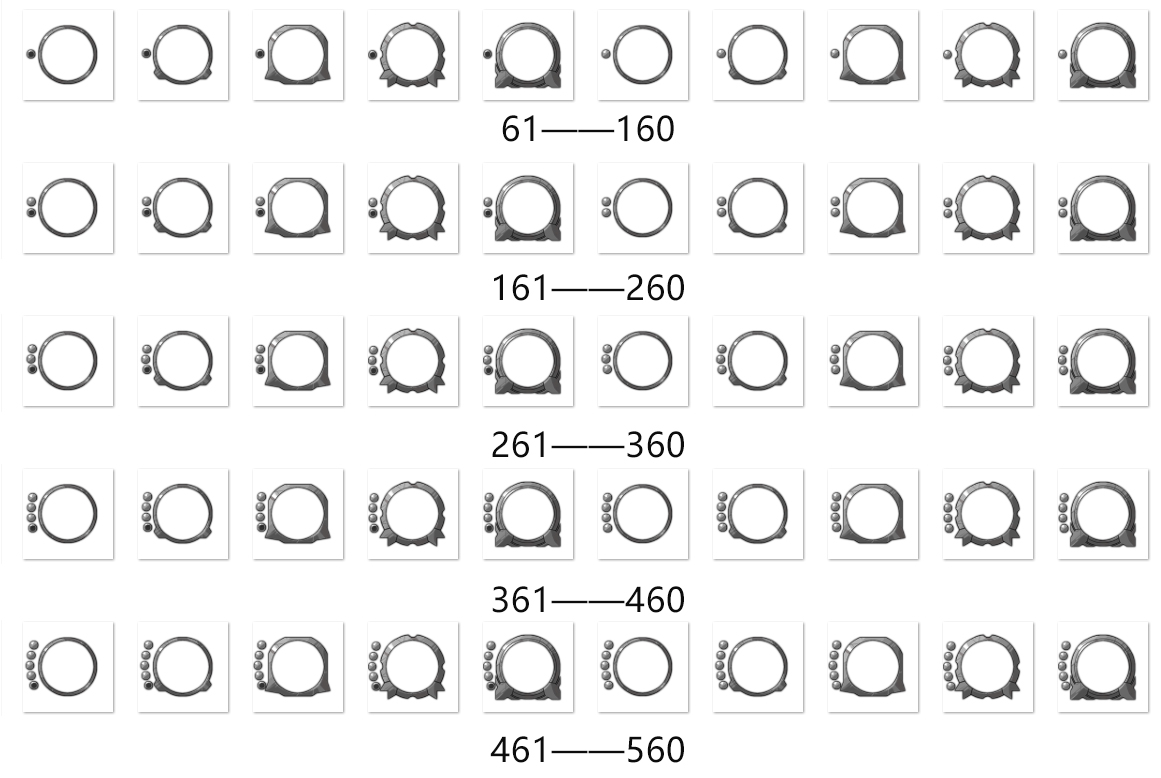 Siege and Field Match-making has been updated

Brackets will merge if the system is unable to match a viable game within a certain time period. Stages will not merge together, meaning Newbies will NOT be matched with Veterans.

Various changes have been made to items for sale in various vendors and stores throughout the world.

The following cosmetics have had their unit type requirement removed meaning they can now be applied to all units:

Please note that the Fleur-de-Lys Horse Attire Set is still only usable by cavalry units.

Added a handful of new items which cost 100 Silver each to the Smuggler’s store:

A handful of Warlords have been adjusted to provide better and more balanced gameplay.

Several quality of life improvements have been added to units.

Upon reviewing all unit data, it was found that the cavalry’s overall stats are weak, based on those findings we have increased cavalry’s health and base attacks.

We also have received feedback that the cavalry’s charge was very difficult to predict and the damage was unbearable, so adjustments have been changed to chargeable units.
All Cavalry Units have had their charge damage reduced by 10%.

Adjusted the attributes for the Royal Sentry set.

A handful of Weekly Quests rewards have been adjusted.

A couple of Weekly Quests have had their conditions adjusted:

New fief quests have been added which require food and horses.

Various additions and changes have been made to the Open World and Territory Wars.

More Inns have been added near region borders.

The number of remaining mining times per week will be clearly indicated to players and a message will pop up when the limit has been reached.

We have optimized the following map mechanics to balance between attack and defending states based on player behaviour and map win rates.

And finally… once again, Evo Loz Gaming has taken a gander at the patch notes and provided a video summary for your viewing pleasure: