We want to take a moment to highlight some fundamental fixes and improvements in this update to improve your Warframe experience on the Nintendo Switch.

The big news is that we have included performance and stability improvements, along with a fix for a memory leak that’s been impacting the platform since launch.

Technically speaking – there was an issue with multithreading. Cloth and non-GPU particle systems were running on the game thread which hindered performance. This is now fixed.

We have also made significant strides in reducing memory usage which should improve stability.

We are committed to improvements and there will be more to come!

We’ve also made the following changes for the Nintendo Switch:

Strata Relay has laid in ruin since Councilor Vay Hek’s Fomorian fleet launched an assault. For the first time, Nintendo Switch players will have their chance to rebuild and leave their mark on the Star Chart! The Pyrus Project will go live August 7th until August 21st. A thread will be posted once it is live with instructions on how to participate.

The only thing Grineer hate more than seeing Tenno cut through waves of Lancers, is seeing them use Grineer Weapons to do it. Wield the power of the Grineer’s vast empire with the latest Tenno Reinforcements: The Quatz Collection!

*Quatz Pro Tip: start firing from the hip and aim while keeping the trigger held down to stay in auto mode!

AMPHIS STAFF
This traditional staff weapon is making a triumphant return! Fashioned with Grineer materials and balanced for marine infantry use, the Amphis Staff has received a monstrous makeover that enables shock damage on jump attacks.

GALVANIK ARMOR BUNDLE
Repurposed paramilitary dress, for a fast response to any situation.

AMPHOR SYANDANA
A Syandana assembled from the scavenged internals of some unidentified mechanism, it is still dusty from the desert where it was found.

Pick up the Quartz Collection or any of the individual items by visiting the in-game Market today, and put Grineer technology to use helping the Origin System instead of conquering it!

DOMESTIK DRONES BUNDLE
Add one of five new Domestik Drone variants to your Orbiter for a little variety, or pick them all up for maximum Domestik diversity! Keep the Orbiter in spotless condition with the latest in Corpus sanitation technology. Get yourself a colorful cleaning buddy by checking them out in the in-game Market.

SHAWZIN DECORATION
This antique Orokin string instrument once belonged to a great Dax. The ancient ballad, “Smiles from Juran,” is one of the few known examples of music composed for this instrument. Available in the in-game Market!

This new TennoGen Bundle includes Skins and a Helmet from Round 15 created by our talented Tenno. Thanks to our TennoGen community for creating these magnificent Customizations! Check out the Bundle in the in-game Market.

This bundle is our second of Round 15 items! As previously stated, we will continue to transfer a curated list of items from each round.

The following TennoGen Bundles were previously released on PS4 and Xbox One and will be making their way to Nintendo Switch in Tenno Reinforcements: Update 25.4.0!

The Wukong Auman Skin and Rhino Mastadon Skin were released individually in prior updates, but we have bundled them with the other items from their Rounds for those who would like to own the collection. 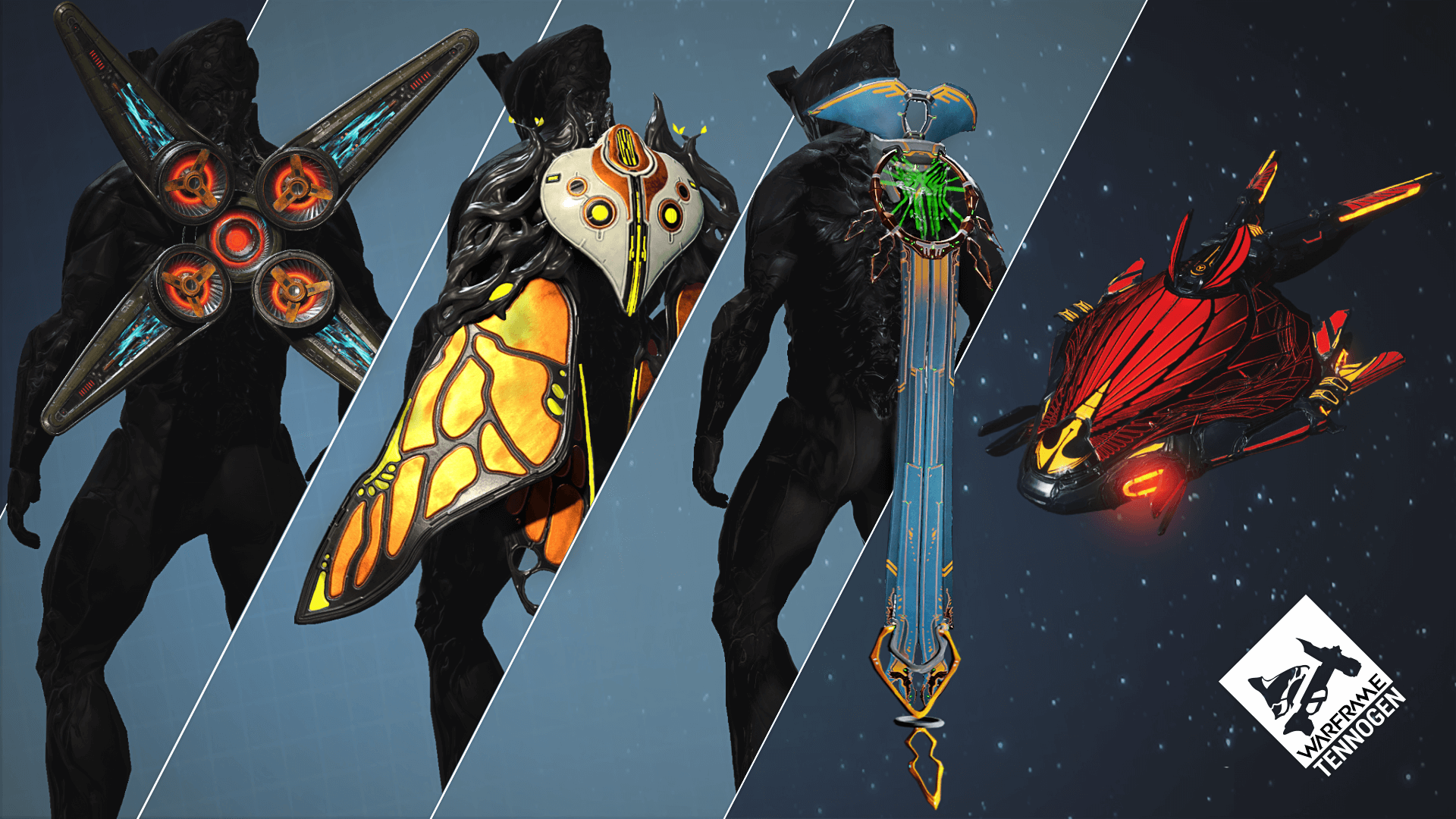 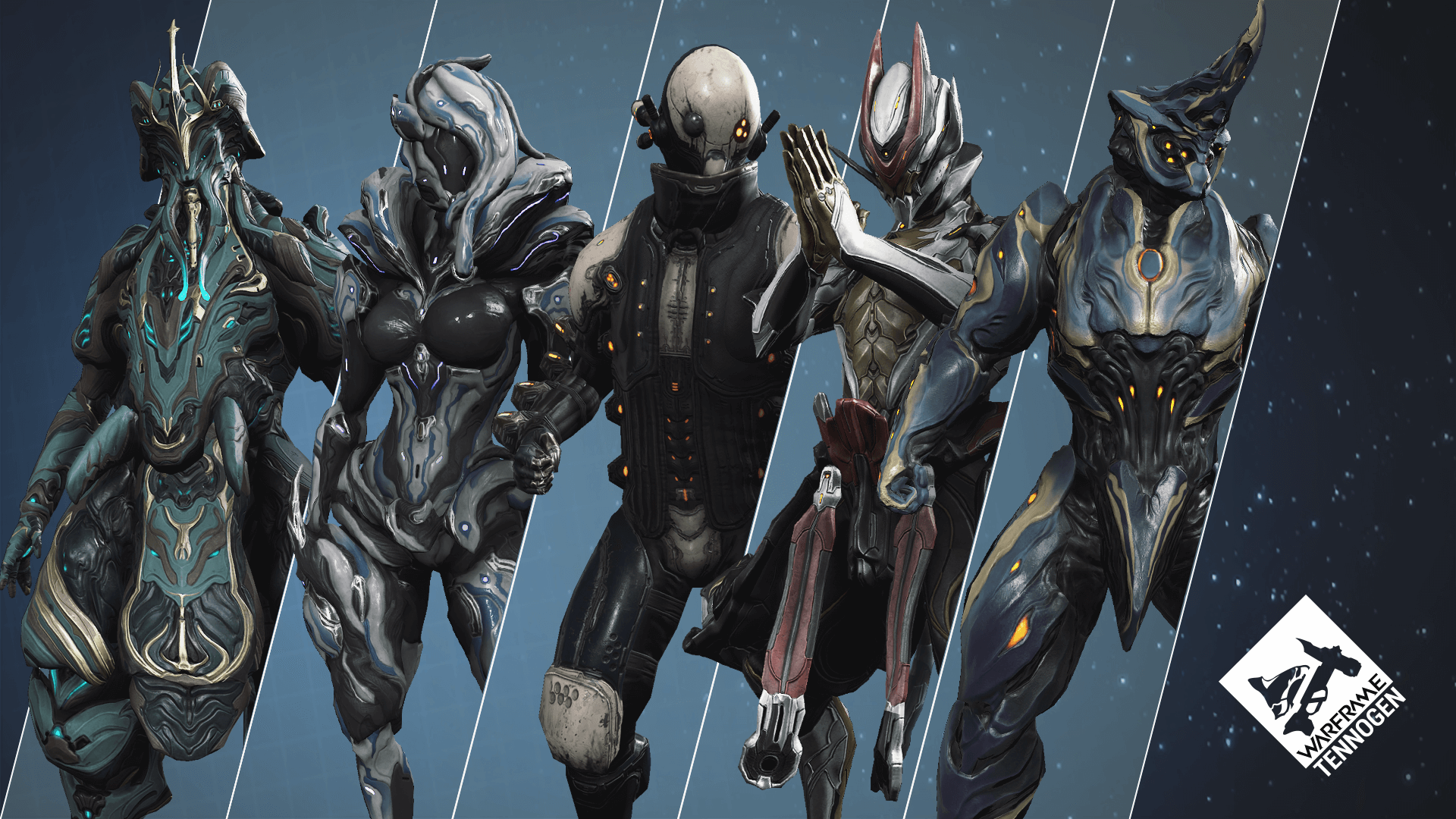 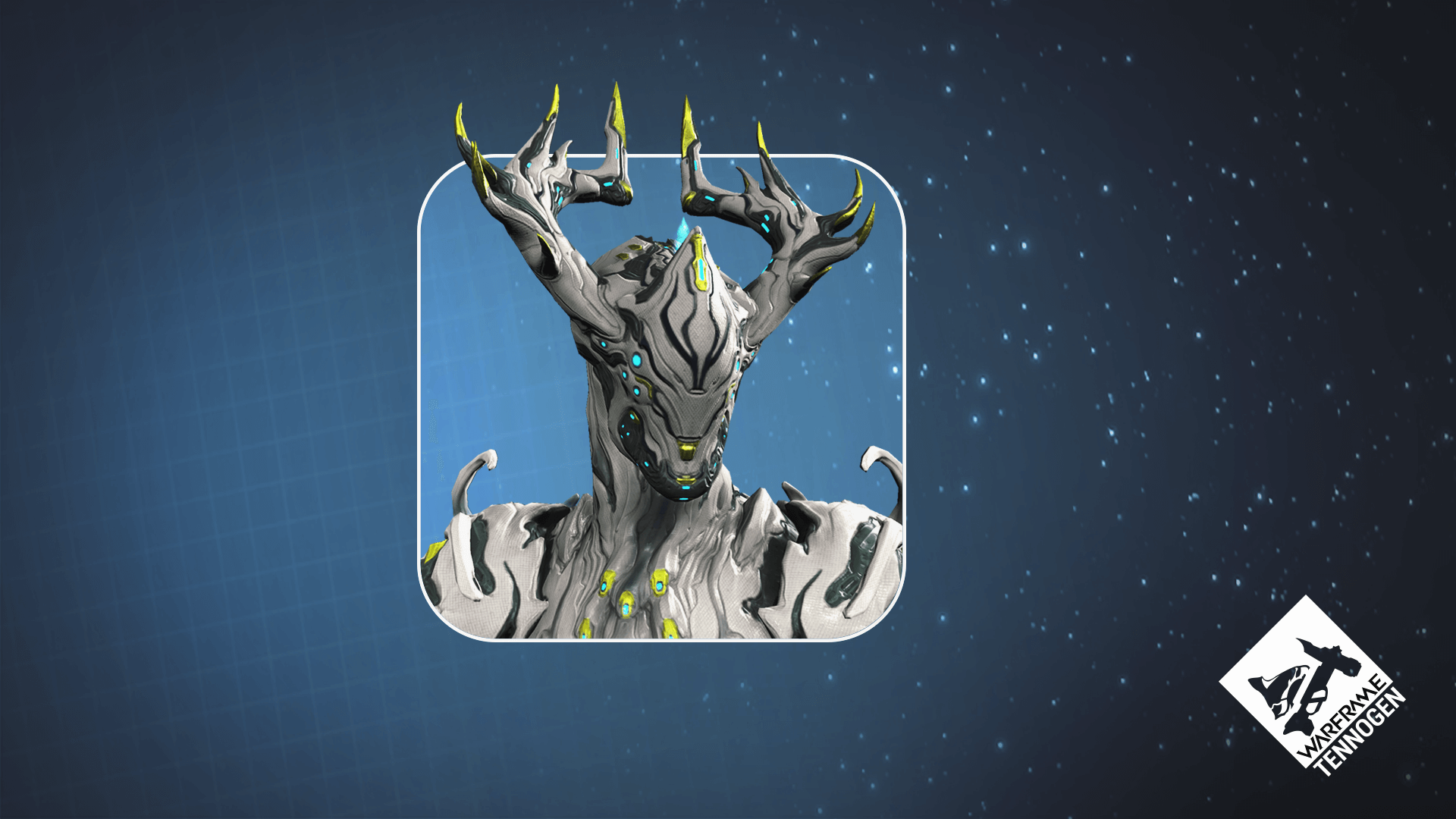 If you’re an active participant in the Clan/Dojo system, you might have noticed a discrepancy in your Clan’s Dojo XP since the release of The Jovian Concord, we have found the issue and have a full breakdown here.

The issue:
Upon researching The Jovian Concord Clan weapons, some Clans/Dojos had a loss of Clan XP. On the surface this seems like a pretty straight forward problem, but it has turned out to be a bit more complicated. Your “Clan Profile’ page showed research and Pigment XP gains, but there was a whole bunch of invisible XP messing with values especially if you deleted a decoration or room, and finished weapon research (namely, from Operation Trophies)!

The solution:
All trophies are now exempt from Clan XP and will not reward it and the Trading Post and Treasury will supply their intended XP.

Next steps:
As we release eligible content, you can re-rank your Clan over time. We have record keeping of your rank, so you won’t re-trigger the rank up rewards.

Further information:
We have a list of rooms and objects that grant you XP, but only if they exist within the Dojo (i.e cannot be built then destroyed). This now works properly + and we are working to highlight this fact more (as we work to expose in UI):

Historically the number of concurrent enemies in Survival was related to where the mission was in the Star Chart; early missions tended to have less enemies and later missions tended to have more and this number did not change even when you stayed in a mission longer to face higher-level enemies. As an experiment we have changed the scaling mechanic so that staying in a low-level mission longer will also increase the enemy count as it increases the enemy level until it hits the same cap it would have for high-level missions.

These Changes & Fixes relate directly to if the Reactor Sabotage ‘magnetic’ situation is triggered:

– Fixed Mining not working at all!
– Launched ‘DOG DAYS’ event.