A look at the upcoming tentative changes for the TFT 9.16 Patch has been released! This is going to be a pretty big patch, it adds a complete new Origin in Hextech which brings along four new champions into the game (Camille, Jayce, Jinx, and Vi). Hextech’s perk is, “When combat begins, launch a pulse bomb that disables items for some time.”

Keep in mind that these are the tentative changes for the patch, things can change quite a bit from now and when it goes live. The patch is currently scheduled for Wednesday, August 14, 2019.

Champions that are looking to see a buff are possibly going to be Ahri, Katarina, Miss Fortune, and Zed. They will also be making changes to Infinity Edge, Locket of the Iron Solari, and Redemption. The Wild Origin is also in line for a buff. It looks like Hush and Demon are going to be worked, but it’s currently unclear how that will be done. 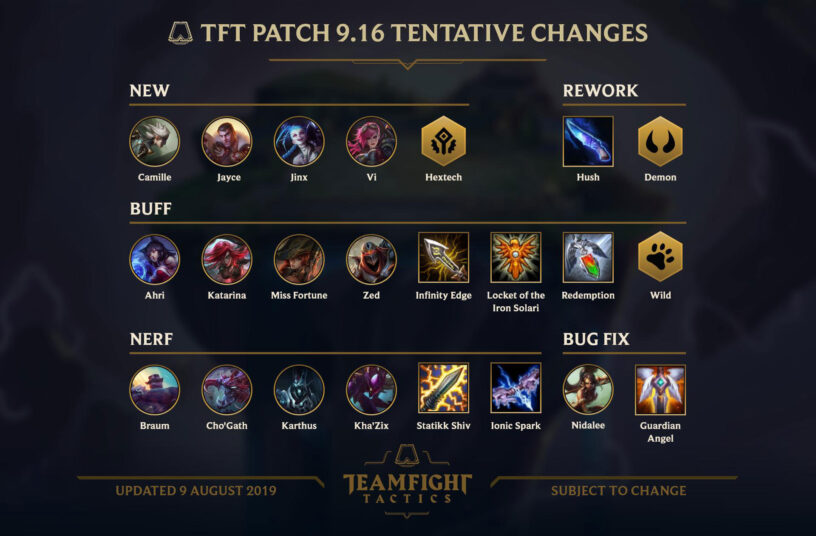 Nerfs appear to be targeting Braum, Karthus, and Kha’Zix. We’ll also be seeing a balancing to Cho’Gath who has been one of the more popular champions in a wide variety of team comps. Statikk Shiv and Ionic Spark are in line for some nerfs as well.