Trials of the Gods – Power has its privilege!

Compete in a series of challenging factional trials hosted by the gods that will test the depth of your power and loyalty to them! Prevail and emerge victorious to claim a sigil enhanced with the power of the gods. Attach the sigil as a badge of honor on your chest.

Compete and Defeat to win!

Defeat your enemies and emerge victorious to win a rare sigil, each enhanced with a special power infused by the power of the Gods and emblazoned with the icon of the hosting god.

THE TRIAL OF GAEA, THE EARTH MOTHER

Gaea was the most noble of the gods; loving and sympathetic and caring honestly for the least of her children…which makes her death all the more tragic.

In every world and age, storytellers argue the mystery of Gaea’s death. Who is the villain? What was the cause? Every bard sings a different tale, yet the end is the same: Gaea died; her blood scattered, her divinity spilled.

Her greedy sisters, the trees, did drink their fill – a desperate attempt to inherit her warmth. And thus they became the Trees of Life, faint whispers of Gaea’s last breath, ghastly pyres of the Earth Mother’s own making. We use them as a thin shield against the encroaching Hunger, although we know it will not last. The light fades, the warmth falters… and when the Trees go dark, her children will be no more.

Note: To enter and fight in the Trial of Gaea players must be Level 20.

The Sigil of Gaea gives those who wear it a powerful stat boosts of +5 Harvesting Efficiency which reduces the amount of stamina used when harvesting resource nodes, a boost to your harvesting energy!

Note: To qualify for a reward badge, YOU MUST BE LISTED ON THE LEADERBOARD. To be listed, you must kill or be killed by another player, or create crafted items during the trial campaign that have a Sacrifice value. 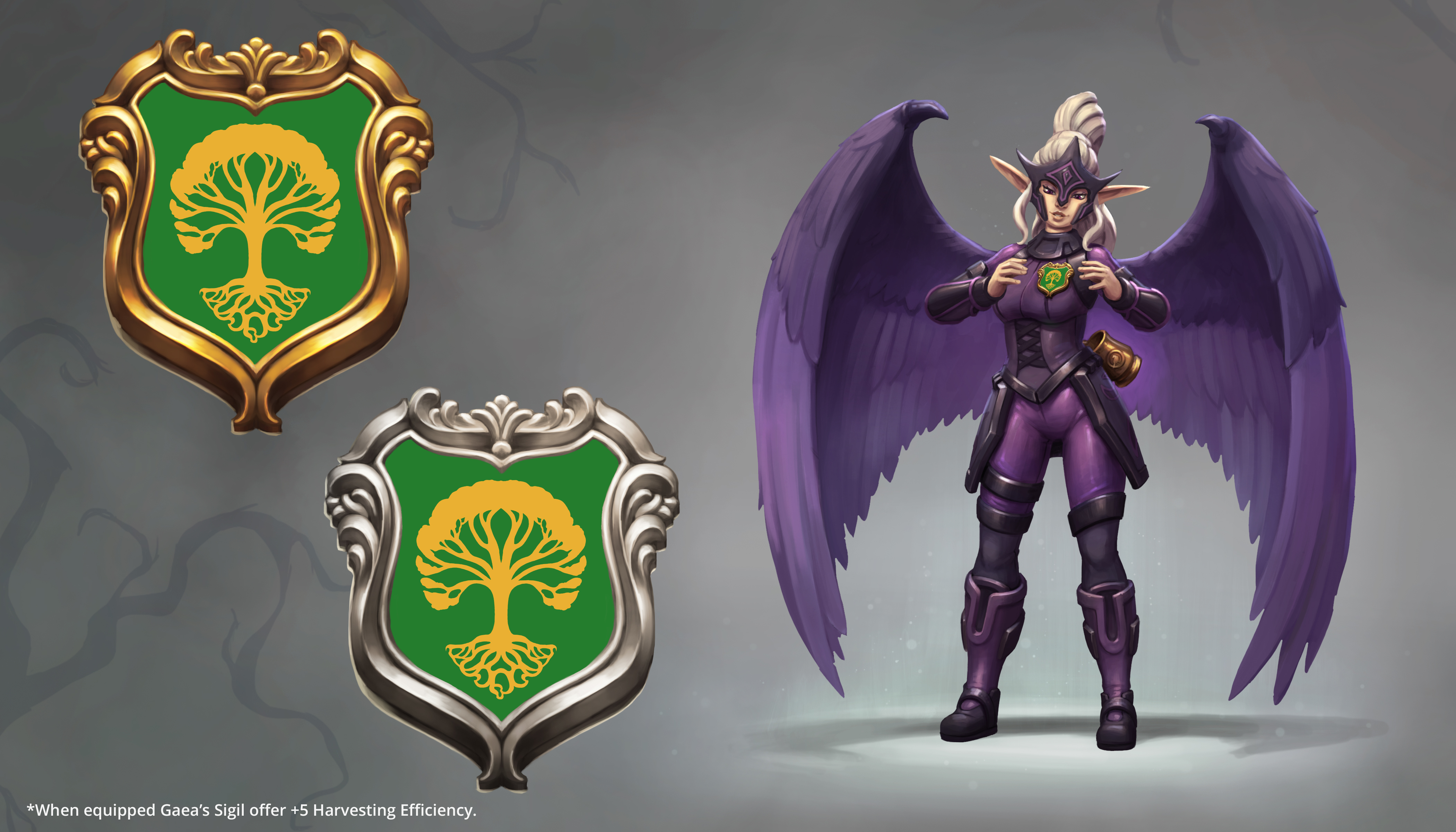