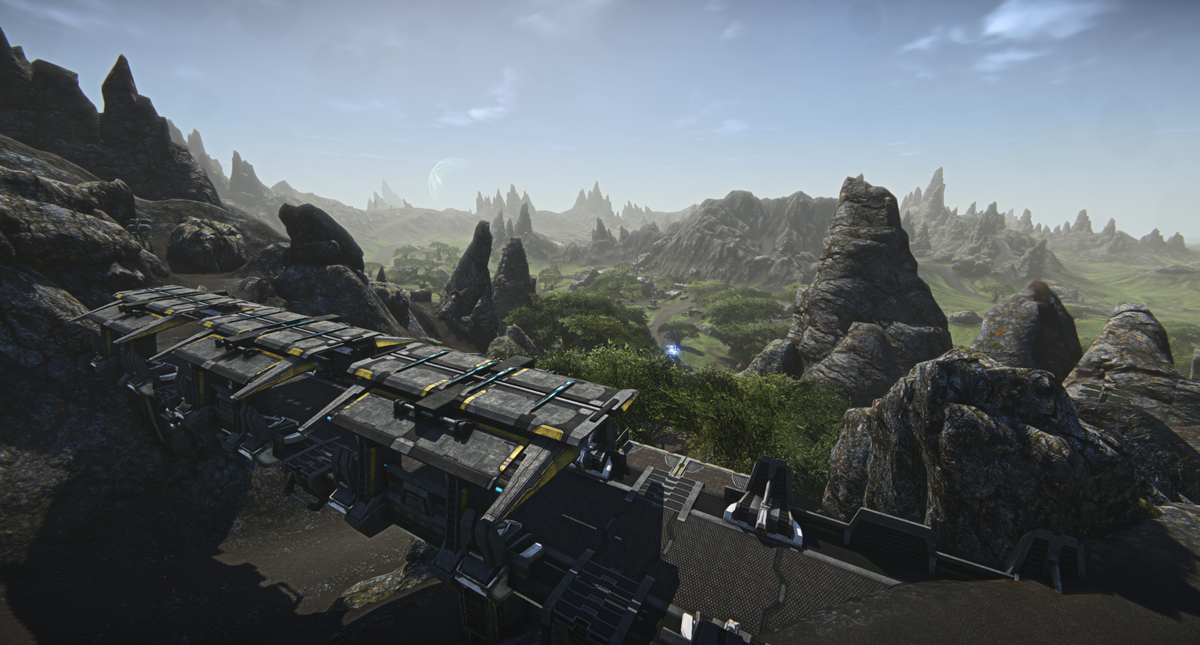 Over the past few months we’ve been focused heavily on performance and stability post DX11 update on PC, and gearing up for our big (now released!) New Soldier update on PS4. With those initiatives complete, we figured that now would be a good time to talk about the next leg in PlanetSide 2’s ongoing development.

Toward the end of Summer we began making a serious commitment toward bettering the new-player experience. We still have loads of new players coming to the game each and every day, and long-time players know how brutal this game can be to a fresh recruit. To that end, we’ve been working toward a more satisfying first experience in hopes that those new players are excited to come back, and stick around long enough to eventually become salty veterans like the rest of us.

Earlier this summer we released the New Player channel, alongside an expansion of the Mentor system. This system allows dedicated, helpful players to answer questions from lowbies, and provide guidance right from the start. In the future, we will be flagging trusted community members to speak in this channel without requiring a Mentor Rating, and we’re considering reducing the requirements to speak in this channel overall.

Soon you’ll be seeing a revision of the Death Screen come to the public test server, and eventually to Live. This is a more modern style death camera that offers a brief look at your killer before panning back to your corpse. We’ve heard compelling reasoning both for and against features like this in the past, and ultimately we feel that there are pronounced benefits for all players when it comes to learning base layouts and easing the frustration of quick or unexpected deaths. On top of that, the new camera feels more in line with the pacing we see from modern day PlanetSide 2.

A smaller feature we’re currently working on is to make loading screens more contextual. New players, for example, might see loading screens with quick snippets about gameplay elements, like how generator overloads work; whereas a veteran player may see the typical gamut of loading screens currently available. This system would make holiday and event-driven loading screens easier to swap in and out as well.

We’re currently working on modular tutorials where new players can dive into the specifics of different classes and elements of gameplay (like capturing bases.) While we feel like the community will continue to be the best resource for new player guidance once their boots hit the ground, we want to have structures in place that allow players to take a step back from the shark tank and learn at their own pace. These modules intend to replace the introductory tutorial currently available for new players on PC.

In the July Livestream, we showed off an early development version of a fresh, new Sanctuary zone for the first time. This feature was met with some confusion, as the greater vision for why it was even seeing development wasn’t made clear to the community. While it isn’t time to reveal all our long-term goals for the zone, I can offer some context for its initial implementation.

Sanctuary will be the first real social hub in PlanetSide 2. When we say Social Hub, we’re talking about a place where players of all sides can interact outside the war effort, and access features that don’t belong in a combat zone.

For initial implementation, we’ll be targeting the release of time-limited vendors of exotic and rare gameplay rewards, lore elements, and an all-faction voice and text chat. Ideally, our tutorial modules would follow (or optimistically, be coupled with) the initial release of the zone.

Having a social hub in place also gives us a better “holding area” for players waiting in queue, lets us build out some of the lore elements we’ve been working toward in the background over the past year, and creates the necessary foundation for long-term gameplay elements we’re looking to introduce next year and beyond.

The last thing I want to talk about is probably the biggest system we’re working on currently, one we’re tentatively calling the Mandate system.

Mandates are time-limited challenges with concrete objectives and rewards given upon completion. For the first implementation, we’re looking to create a system that can generate daily, weekly, and seasonal challenges (like the Directive system, but more robust and forgiving,) as well as create and trigger Mandates via script.

We will be using Mandates not only as a daily motivator, but also to incentivize participation when a context switch happens in-game. For example: An Aerial Anomaly event fires off, and you now have the time-limited goal of destroying enemy aircraft, delivering anomaly data, or supporting allied aircraft. If you don’t do it, you don’t get the reward.

The Mandate system will help make rewards feel more punchy and immediately obvious, it gives players a clear goal to complete, and it allows us to be more generous with rewards, while maintaining tighter control over our currency economies. Like much of what we’re working toward now, this is a system that will support the long-term development of the game.

Beyond the first implementation, we’ll be looking to create communal Mandates where multiple players contribute to the completion of the same goal. For example: An entire faction could be working toward a seasonal Mandate, and be trying to complete it before the other factions do. Or an Outfit could have its own Mandate that elevates the entire outfit as a whole upon completion.

This isn’t all we’re currently working on (Oshur is still in development, NSO weapons and vehicles are on the way, bug fixing, balance adjustments, and much more) but what I’ve mentioned above is our main focus heading into Fall. The reality of game development entertains that these features may be changed, pushed back, or dropped altogether, but we feel confident that everything on this list is worthy of our time and attention, and will help propel the game forward for years to come.