Orbusvr Kicks Off Its Harvest Festival On August 20

They’ve redecorated the town and are prepping for the festivities—but trouble lurks around the corner. Pesky rodents known as Brezurple Snatchers are stealing crops, and threatening the harvest. All while mysterious spirits roam the hillsides, attacking travelers who leave the protection of the city.

Harvest Festival will run from August 20th to September 17th. During this time you will see a number of changes in-game, from an autumn-hued landscape and decorations around Highsteppe to new monsters and limited-time quests and missions.

The old pagans believed that during the harvest period, the spirits of the dead would waken and roam the earth. Which is probably why the inhabitants of Highsteppe aren’t that surprised to hear reports of ghouls wandering the areas near graveyards—or that a pumpkin-headed spectral has taken up haunt outside the city gates. 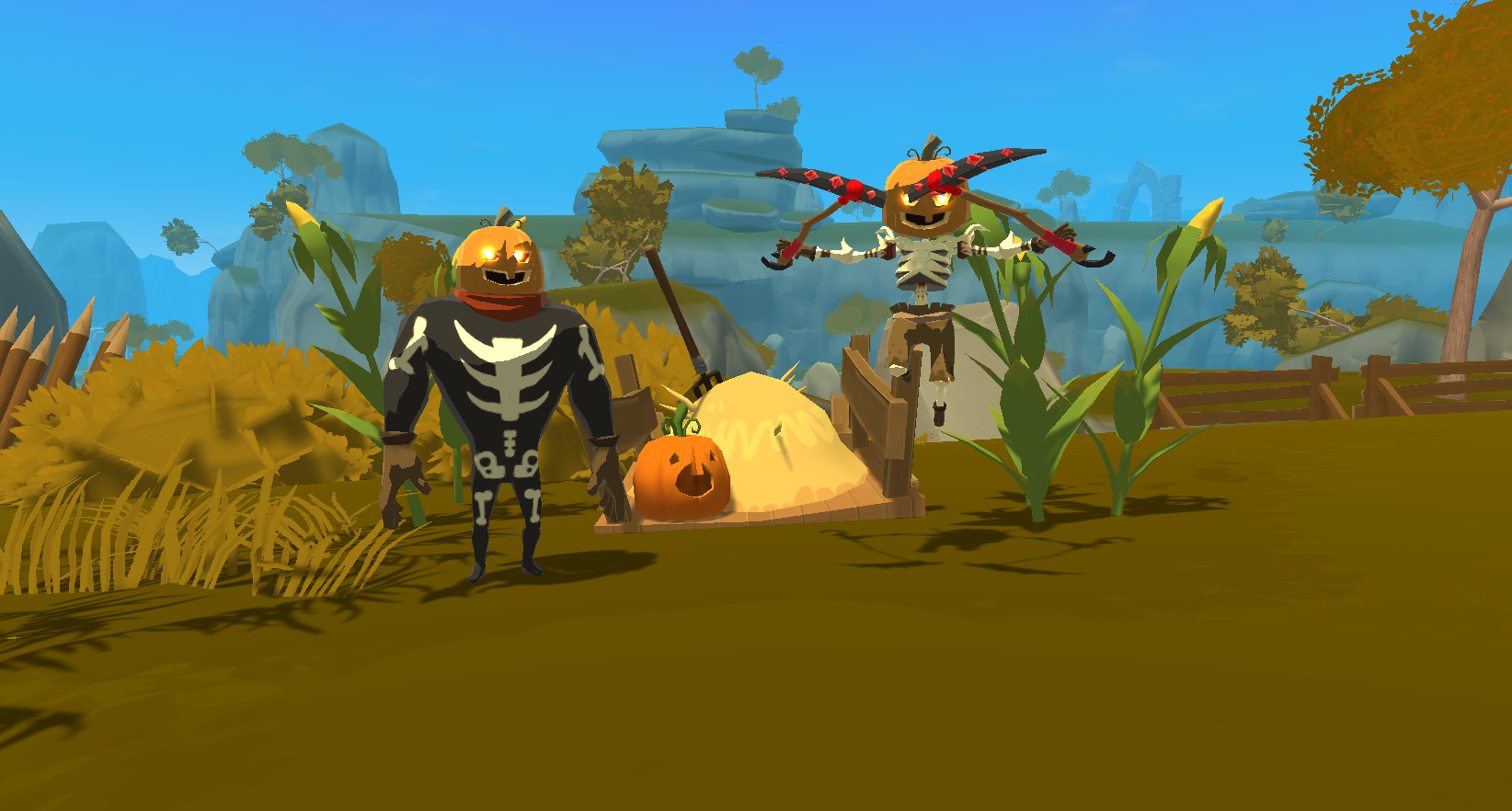 For the next month, you can find two new monsters in game: big brutes known as Skjelhods, and their smaller, craftier cousin, the Glodgoren. These spirits-made-flesh tend to haunt the areas outside graveyards, and can be found in the Highsteppe hills, the Lamavora Battlefields, and Hulthine’s Basin. Outside the gates of Highsteppe (near the practice dummies), you’ll find a new pumpkin-headed NPC who will be offering quests to kill these monsters. Complete the quests to earn two special Harvest Festival-themed transmogs: a Skjelhod Head helm and skeleton Glodgoren gloves.

This year also marks the return of the elusive Brezurple Snatcher to the countryside! These crop-stealing rodents haven’t been seen in years, and now their re-appearance threatens to derail the Festival, as well as preparations for winter. The people of Highsteppe need your help in eradicating this nuisance!

Visit Pierre Cenn in the Critter Capture building to pick up a mission for capturing the Brezurple Snatchers. While the townspeople will be glad to see a few of the pests removed, Cenn is willing to give you one as a pet if you can capture enough of them through the Critter Capture missions.

You will also see some of the Snatchers running wild alongside the Stags and Wargs of the world. Seeing them running about is more rare, but if you are quick enough to kill them, they may even drop the crops they have been stealing. There are also 3 limited time achievements available for capturing these elusive pests. With some effort you may even be able to achieve the title of “Fall Herald” by completing all achievements specific to the Fall Festival!

The countryside is already full of spirits, big and small, but as autumn wanes, the biggest ghouls come out to play.

As part of the Harvest Festival activities, the devs will be putting on another Dev World Boss fight. Join together with your fellow heroes of the land to defeat the biggest Glodgoren of them all: a developer!

We had a good turn out last time we hosted this event, and hope to see just as many this time. This will take place Saturday, September 7th with the times announced in a future blog.

Here is a link to a short video of the last Developer Boss fight we had.