Long before the Immortals rose to defend Aelion from the threat of invasion, a series of fiery events were set in motion that would change the shape of the planet forever. Discover Ignition, a massive new Skyforge expansion which brings shadows from Aelion’s past blazing into its future. From the introduction of the new Firestarter class, to a hot new Elder God Aspect, and swashbuckling adventures that await in the ruins of Terra, get ready to set the universe aflame!

Thousands of years ago, a mad Elder God called Kir founded a fire-worshipping cult to enforce his will and establish his dominion over Aelion. Together with his Cult of Flame, the power-mad God forged a terrible empire and marshalled his armies against the free peoples of Aelion. Kir was eventually defeated and imprisoned, but victory came at great cost to the world. However, in the age of Ignition, Kir has escaped from his eternal prison. Free from his bonds and burning with vengeance, the undying fire mage has merged his essence with the descendants of his followers to create the Firestarter class!

The Firestarter is the eighteenth class to join the Skyforge universe, and it’s the very first fire class to be introduced following hot demand from our community! This ranged damage dealer is equipped with twin torches that can channel the ancient magic once practised by the Cult of Flame. Conjure small or large fireballs, breathe scorching flames, trigger geothermal eruptions, unleash red hot dance moves, summon a cataclysmic hellstorm of meteors from the sky, and transform into a Fire Cat to bring battles to an end with purrfect finesse!

Owners of the Firestarter Collector’s Edition will be able to unlock and play as the Firestarter from day one of the Ignition expansion. The Firestarter Temple, where you can also unlock this fiery new class, will be made available to all players in the Artemian Mountains province two weeks later! However, note that all players can already farm sparks of transformation as of today!

Discover the Secrets of the Aspect of Magic

Immortals who have braved the journey to deification and achieved the status of fully-fledged Elder Gods will be able to enjoy a brand new Aspect: the Aspect of Magic! This magnificent visage will command respect among your celestial peers, while being certain to incite terror in the black hearts of Aelion’s invaders.

When higher divinity is unlocked, your character will be surrounded by five Ether spheres which can activate special abilities that can massively enhance your effectiveness in ranged combat. Master the Aspect of Magic form to employ amplified crowd control abilities, more effective damage dealing against multiple targets, harder-hitting attacks, longer stuns, and even more! If you want to experience the glory of the Aspect of Magic for yourself, make sure you’ve defeated an Invasion Avatar and earned a trophy. 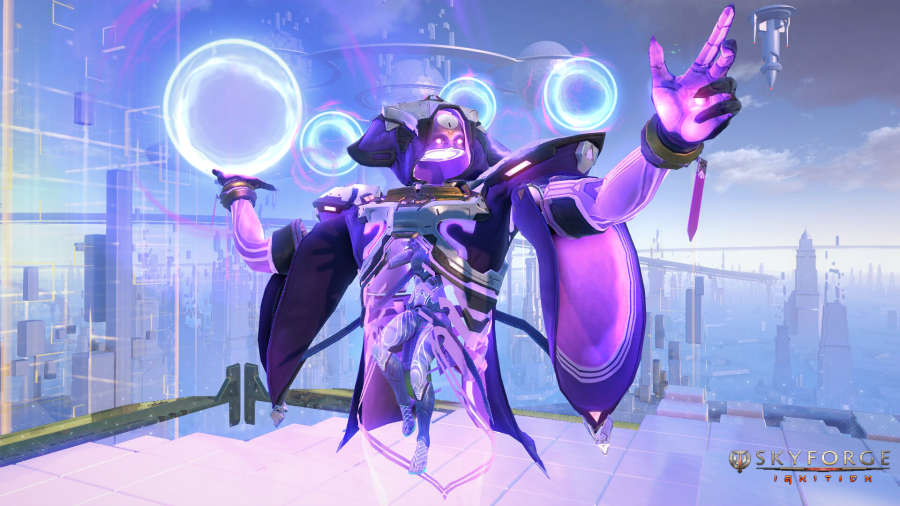 Journey through the Heart of the City

Ready for a new adventure on Terra? Captain Garos’ scouts have intercepted a strange message from the Draconids. These scaly scavengers have discovered something of great importance to their cause in the Heart of the City, and it’s up to you and your Immortal friends to beat them to the punch and get there first!

This unique dungeon is the first of its kind, featuring randomly generated events and multiple branching paths that can be unlocked with every playthrough. Will you take on the cold-blooded Draconids with guns blazing, race to stop a deadly biological threat, or embark on an expedition to a crashed spaceship from Aelion? With danger at every corner and the sprawling ruins of an ancient civilization to explore, make sure you traverse every part of this dungeon to fully unlock its secrets and treasures… Maybe the Firestarter can help you bring light to the darkest regions!

To access the Heart of the City, you must first complete a series of Draconid quests on Terra.

Want to be one of the first Immortals to feel the heat of the Firestarter class? The Firestarter Collector’s Edition is available now, and it’s packed with a treasure trove of awesome content to help light the fuse for your new journey through the universe! This bundle will instantly unlock the Firestarter class, and get an exclusive Mount and Legendary Weapon, 14 days of Premium, 18,000 Knowledge of Enemies, 2,000 Aelerium-9 Catalysts, and 1,000 Ether Catalysts.