With the release of Neverwinter: Uprising, we introduced the new Stardock Arena. Today we will be taking a closer look into the upcoming additional new PvP content: Seasons and Campaign!

We’re introducing a new Seasonal activity focused around PvP that you can participate in by queuing up for Domination or Domination Solo. By participating in 5 matches, you will then be entered into the Seasonal Ranking Leaderboard. At the end of the season you will be given Battle Trophies that can be exchanged to obtain the following items:

Players who finish in the top 3 will receive a bonus prize purse of Battle Trophies, a transmutable neck item, and a special title based upon which ranking they achieve.

Starting September 12th, the very PvP pre-season (or Season 0)* will become active. It will last 4 weeks, until October 10rd, after which it will enter a cooldown period of 2 weeks where players can collect their rewards, take a break, and prepare for the next season!

I hope to see you on the battlefield this upcoming season!

The existing PvP Campaign and Boons have not held up with how Neverwinter has progressed. Today we’re happy to announce that we have a new campaign and new boons for players to earn while battling one another for glory. 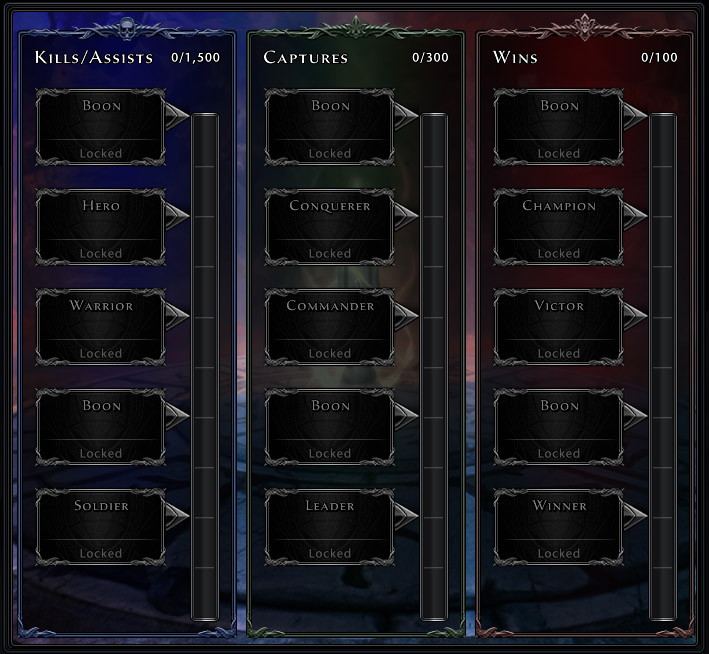 The new campaign is no longer broken up by PvP mode. It now tracks kills and assists, captures, and wins, across all forms of PvP and progresses automatically as you play.

On top of those rewards, players can earn up to 6 PvP Boon Points from rows two and six. 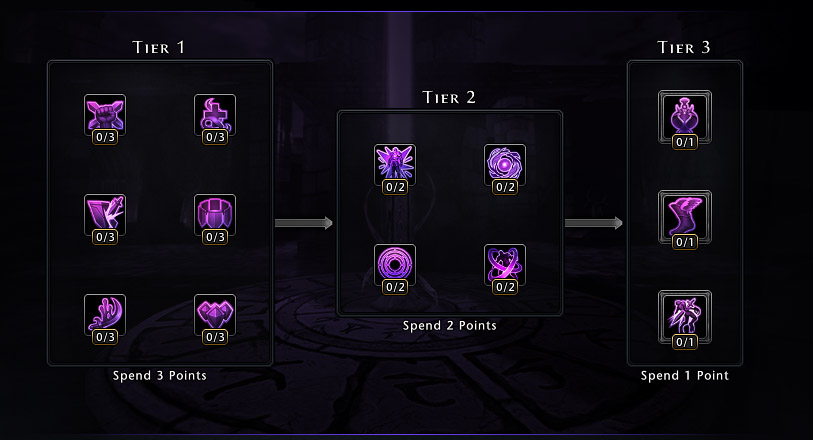 As we change over to the new campaign, players who completed part of the old PvP campaign will receive the following starting September 5:

Those who have completed at least 1 of the old PvP Campaign tasks will receive a box in their inventory upon logging in. The box will contain 5,000 AD for each completed task with a max of 150,000 AD.

If a player has completed all 30 tasks they will also receive a new title and in-game achievement named “Original Gladiator”.

We look forward to players embarking on the new campaign and trying out the new boons. And don’t forget to try out the new PvP Seasons as well!

*Pre-Season will function like a regular season but is PC exclusive. Season 1 will be simultaneous on PC and Console.