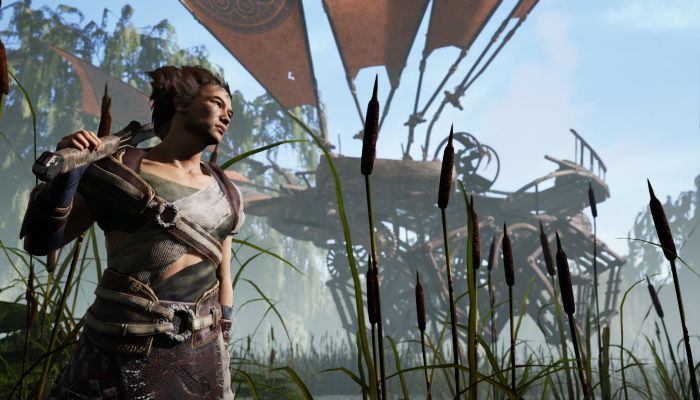 Last Oasis is about to stride into Steam Early Access, but before hulking great wood walkers darken your door, we got hands-on with the upcoming survival game at Gamescom 2019.

If you haven’t seen the initial announcement for Last Oasis then I think you are in for a treat. Last Oasis is a multiplayer sandbox survival game, but not like anything I’ve seen. Another entry into the multiplayer survival sandbox genre might not seem all that innovative but even the setting manages something unique. Set in the future, where the world has undergone some serious climate changes. One side of this inhospitable world is now a molten mess, facing an unforgiving sun and completely inhospitable to human life. The other side, in contrast, is a frozen tundra and not much better. Sandwiched between these two realms is a slither of hope. A tiny strip of desert that moves with the planet’s rotation is home to all the life that exists and you’ll need to move with it to survive.

I sat down with developer Donkey Crew to take a look at why we should even contemplate getting into another survival game just to be raided while we’re bust in the real world. Thankfully, as I said, this isn’t every other survival game. The setting for Last Oasis is a deliberate choice. A dying world with limited resources is a fairly common trope among survival MMOs but Donkey Crew found a great solution to the static nature of many server-based situations. Last Oasis refreshes the map constantly, using the rotation of the earth as an excuse to make players move or die. 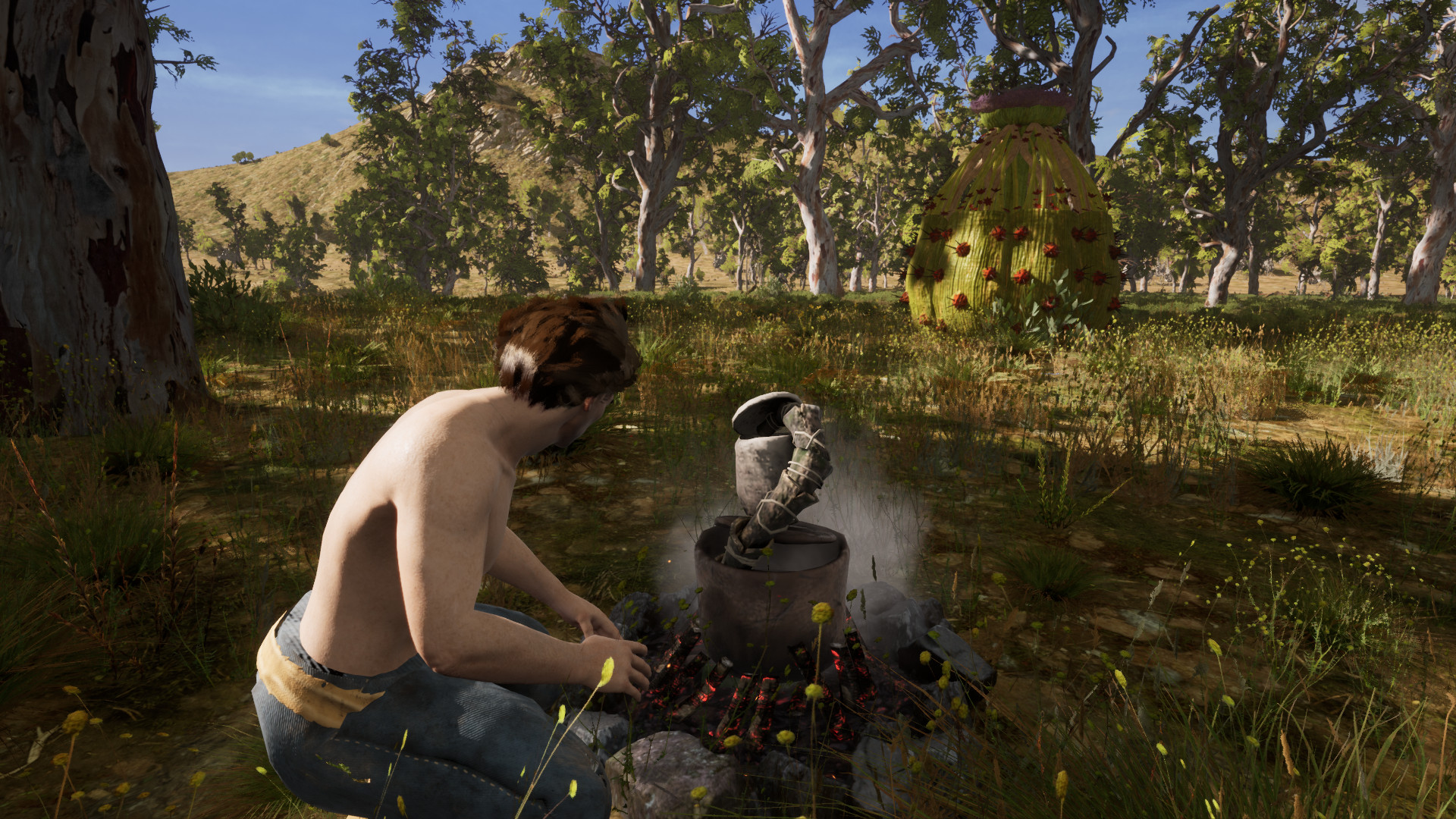 This doesn’t only keep the world fresh and evolving, allowing new servers to spawn and old ones to die dynamically, but it allows players to store their stuff outside the actionable world. Pack up your base and go. Last Oasis is designed to keep your progress safe when you log off.

In a world where life is limited and resources are scarce, being online is a fight for survival. Players need to build, co-operate, and fight to overcome the rigors that await them. Water is the primary source of conflict, and securing it is the only way to survive. This liquid life is also the driver for much of the player interaction. It is intended that this should drive, guilds, exploration, and even conflict between players. It is one of the few elements that players need to replenish to survive. Unlike other survival titles, Last Oasis does not choose to bury the player in micromanaging their impending doom. Instead, hydration is one of the few gauges that adorns the bottom of the player’s UI and is utilized to push players towards this one particular resource.

Water is just one of many resources scattered around the world of Last Oasis but claiming it is vital to survival. The few pools of liquid that remain are a source of life and the vegetation that crops up around them are central to the rest of the game. Invaluable items, like wood, cluster around the oasis and are used to craft wood punk contraptions that feature prominently in all the game’s coverage.

From the tiny one-man spider walkers to huge crewed battle frames, players have a wealth of potential tools to hunt down whatever that stands in their way. We don’t have a full rundown of the crafting trees at this time but our initial look does seem to suggest that learning how to craft walkers won’t be much more difficult than gathering the right materials. Again, it seems that Donkey Crew is focused primarily on letting gamers play with each other without putting too many sand barriers in place. While the specifics of crafting a walker is still in flux, we did manage to run around in several of the woodpunk inspired contraptions. I have to admit, there is something engrossing about watching the staccato rhythm of the game’s largest vehicle trundle above the san. All 60 meters of it convulses across the desert while maintaining a grace that it should not be capable of. It’s unsettling and beautiful to watch at the same time, as players pack a base onto their walker, strap on some harpoons and go ham on each other for control of watering holes.

Last Oasis is designed to be a game that generates a player-driven economy due to the scarcity of water. With conflict arising over areas of this resource, it raises the natural concern that these watering holes will fall to the largest guilds. While that is, to some extent, true Donkey Crew has already moved to provide some checks and balances to this type of problem. Guild systems will be in place and with the extra resources available to these sorts of clans, players may be able to build stone structures to entrench their position. Despite this seemingly overwhelming issue, the world moves on regardless and while powerful teams might be able to build insurmountable opposition around a water source, they will lose that stone structure eventually. While players with wooden bases and an adequately sized walker can pack up and relocate their base, stone structures will fall to the march of the tundra as the narrow slither of hospitable land slides across the globe. Similarly, water is required to fuel the walkers that payers use and the larger the walker the more I suspect this will require. It’s an ingenious way of ensuring that nature always claws back any imbalance from the game.

Just as the world has changed, the local wildlife moved on when this world went to hell and froze over. Last Oasis only has a limited range of flora and fauna but the designs are drastically diverse. While players can fend off a humanoid looking biped for its valuable resources, the master of the desert is the Legendary Sandworm. This gargantuan beast might hold some of the game’s best drops but it could also be ripped right out of my dreams of Dune. There is no chance of riding these things, however. Attracted by human activity, they rip right through even the largest of Walker. We watched as the developers took the game’s most powerful machine out against one of these and proceeded to be dragged unceremoniously across the horizon by an aggrieved Sandworm. They represent a diverse range of design ideas and a real endgame challenge that requires time, effort, and coordination to take down. 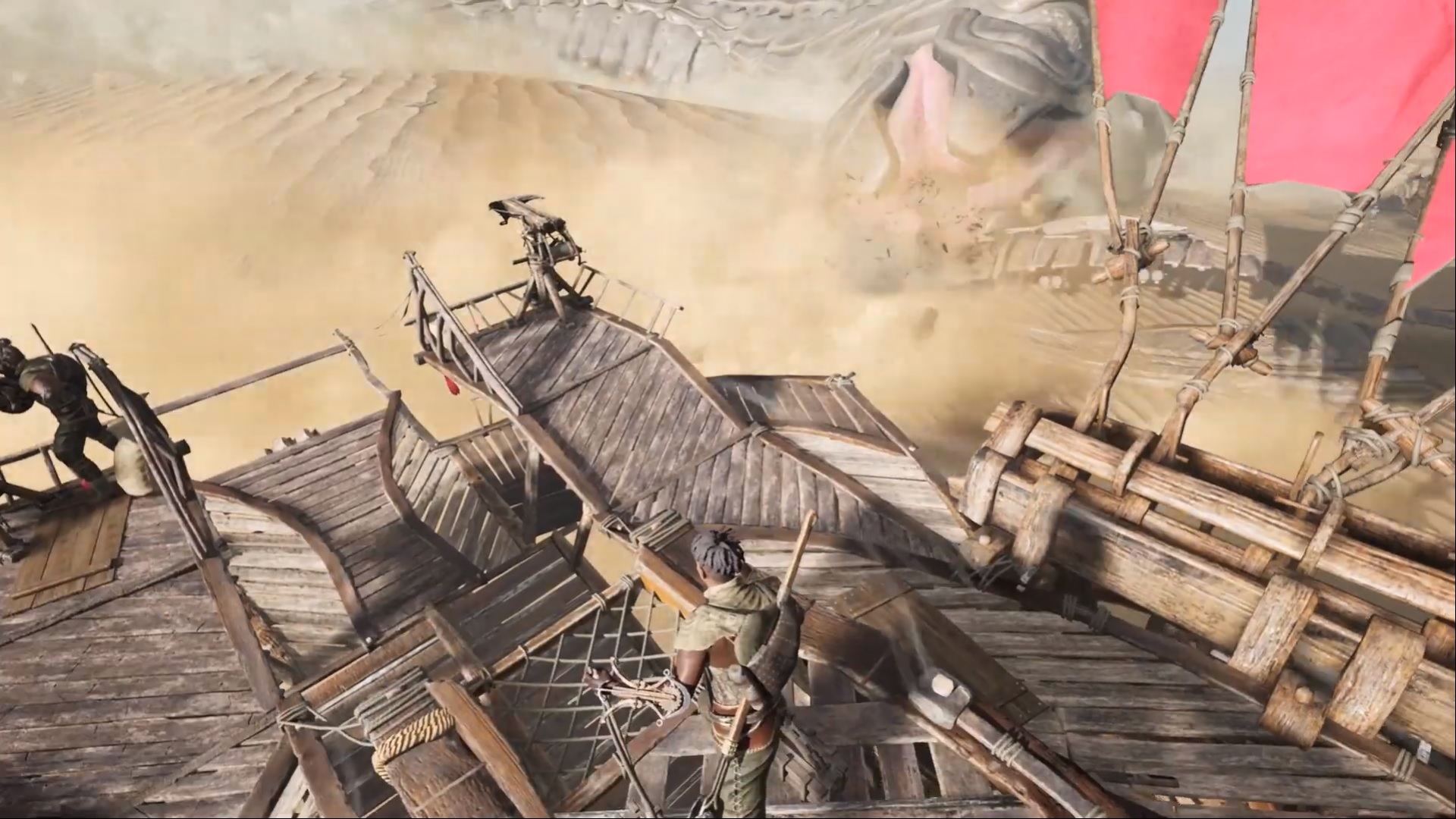 The Legendary Sandworms are really just another way that Donkey Crew approaches world-building, making a game that looks desolate and feels unforgiving without making it inherently grindy. The way in which the moving horizon reveals new resources, the ever-present need for water, and the dangers of attracting sandworms all interplay make for a more balanced game than I’d have expected. Last Oasis isn’t just visually attractive but is clearly designed to give everyone a chance to pack up the troubles of an ordinary survival sim and try something very different. Last Oasis is coming to Steam Early Access on 10 October. You can check out the official website for more information or head over to the Steam Store page now.