Blade & Soul Previews Its Storm Of Arrows Items And Systems 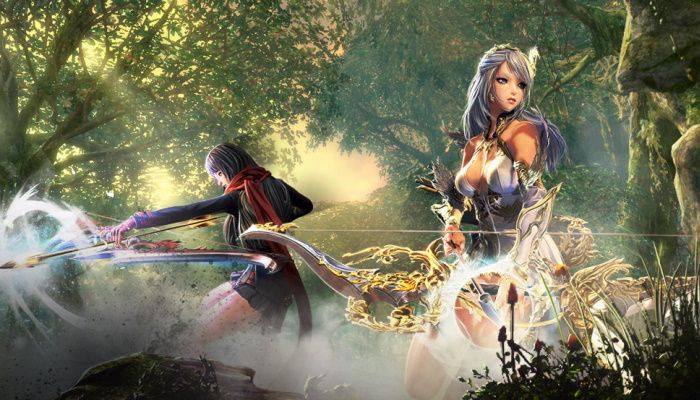 Summary of the items and system changes coming September 18 with the Blade & Soul: Storm of Arrows update

With the highly anticipated Blade & Soul: Storm of Arrows update scheduled for launch on September 18, several substantial system changes and item updates will be included. The complete details on these changes will be outlined in the patch notes on September 17, but for now, here’s a look of what we’re including with this new update.

We are separating stats for PvE and PvP damage, which will be indicated on each Skill tooltip. The change is to provide clarity to how stats affect PvE and PvP as well as allow us to balance skills better for all kinds of players. All skills will now have three different damages:

The maximum unity rank will be been increased from 120 to 150 and six (6) new Radiance Stone slots will be added (two for each stone type).

Speaking of stones—new Awakened Radiance and Ascension Stones will be available! Both can be purchased from the Merchant of Wonders and will also available for a limited time in the upcoming Treasure Trove, while the Awakened Ascension Stone can also be obtained from the Scarlet Conservatory Raid. New things don’t just stop there; Reputation Charms will also be available and can be obtained from Transmutation and the new raid, Throne of Oblivion. Keep your eyes out for the details when the patch notes are published on September 17.

We’re also adjusting the evolution costs when you evolve the Hellion Bracelet to a Starbreaker, Divinity, or Battalion Bracelets—Stage 1. The Upgrade path that previously required the Red Dragon Crux has been removed. In addition, the following Upgrade cost will be decreased:

*Thundercall Bracelet is only available to classes with a 3rd Specialization.

See the upgrade costs and the reduced costs for Skyforge/Shadowforge – Stage 7 to 9 on our spreadsheet, here.

A new tier of Pet Aura, Omega, will be introduced! Unleashed Alpha Pet Aura can be upgraded to Omega – Stage 1.

We’re also adjusting all the Pet Aura upgrade costs and you can see them along with the new Pet Aura costs on this spreadsheet here.

You will now be able to power up your Pet with gems! Obtainable through the Throne of Oblivion or via Transmutation, the new Pet Gems can be slotted into your Pet Aura. Up to three Pet Gem slots can be opened with Legendary Gem Hammers. There are three different tiers of Pet Gems– Heptagonal, Octagonal, and Gilded Triangular.

Victory Tokens will be antiqued on September 18. Genesis and Allegiance Soul Badges will be purchasable for 30 Blood Stones at the Battleground Trader.

If you have any discussions or questions on any of these changes, feel free to post them on the official Blade & Soul forums, and be sure to check out the full patch notes on September 17.  Blade & Soul: Storm of Arrows goes live on September 18.