We’re taking a look at the TFT patch notes for the 9.20 update that are scheduled to be released on Wednesday, October 9, 2019! These changes are coming off the recent patch that added the new Kaisa champion to the game. It looks like Riot isn’t too happy with where she’s at currently because according to the notes she’s going to be receiving a buff. Deathblade, the new 2x B.F. Sword item, is also looking to get some love. Here’s a look at the PBE changes so far, keep in mind that they aren’t guaranteed:

The official patch notes aren’t available yet, but once they are we’ll be updating this post! For now, check out the tentative changes that were released by Mort on Twitter. 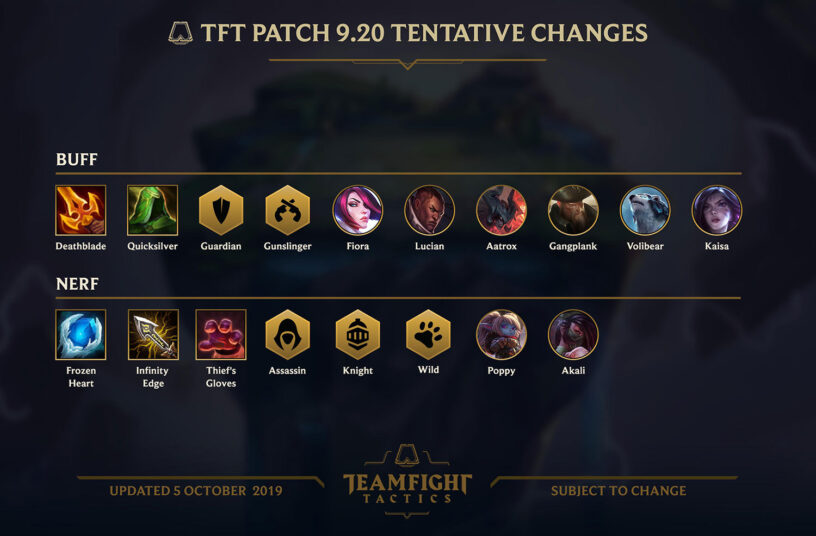