The Avalonian Invasion Has Begun

A fearsome new force has risen in the Outlands: the Avalonians. From now until January 20, you can take on this all-new faction in a unique standalone season:

With the new standalone season starting today, two new systems will be in place:

The Avalonian Invasion Has Begun!

Face off against a powerful new foe in a unique standalone season.

A fearsome new presence has appeared in the Outlands: the Avalonians. This ancient order from Albion’s past has returned to reclaim their land, using a mysterious energy drawn from deep in the earth. While their ultimate plan is unknown, it will have world-altering consequences for Albion.

The Avalonian forces stalking the Outlands are currently limited… but as the season proceeds, they are sure to increase not only in number, but also in variety. Prepare yourself for a battle that will alter the very foundations of the world of Albion.

The mysterious energy harvested by the Avalonians gives them near-divine powers. Defeat Avalonian mobs and world bosses to claim this energy for yourself, and then bring it to the Energy Manipulator in any of the Royal Cities to enhance various foods and tools or create an all-new mount. Avalonian foods combine meat-based stews and sandwiches with Avalonian Energy to add one additional stat that varies depending on the food. Avalonian tools give improved gathering yields for all resources, including fish. And finally, combine a Saddled Swamp Dragon with enough Avalonian Energy to produce the fearsome Avalonian Basilisk, a fast, strong mount with a powerful electric discharge spell that reduces enemies’ attack and move speed. 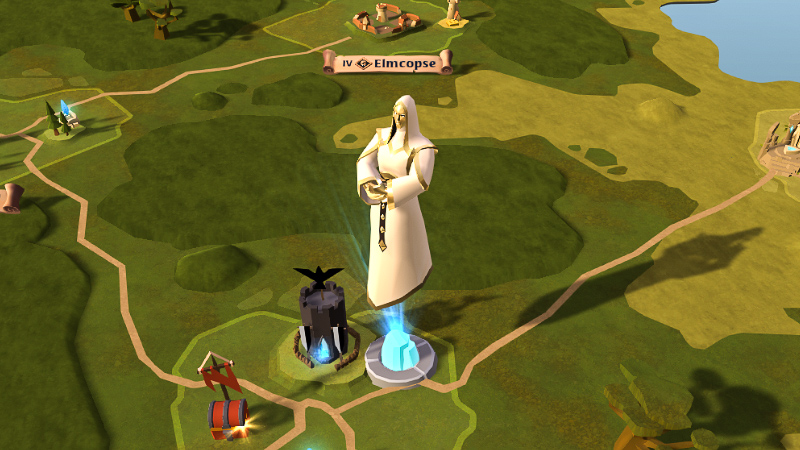 This season, your guild will have a new way to earn season points: by taking down Avalonian Mage World Bosses. These mysterious members of the Avalonian order have harnessed energy into powerful beam attacks that deal massive damage. These bosses appear on the world map, and can be killed for Season Points starting with the beginning of the season on Saturday, November 16. (Recommended for groups of 10.)

A unique season deserves unique rewards. The higher your guild ranks, the better the rewards – check out what you can earn:

Additionally, guilds that finish in first, second or third place overall will be immortalized in a one-off memorial statue in Caerleon. This statue will not be part of Conquerors’ Hall, and will instead appear in a unique location of significance. And as always, the first-place season winner will have a crystal ornament added to their guild logo.