As a new Season begins, so starts a new story arc in the SMITE Universe. This will set the stage for Season 7’s new Joust map! Yggdrasil, the world tree, has been damaged by Persephone. Now, a strange occurrence is happening in China. Jade, the sacred gemstone, usually imbued with healing powers and divinity, has turned into something sinister. Living things that touch the jade become afflicted by an otherworldly disease, and demons who slept are awoken by the dark energy within the stone.

A new map brings two primary things: completely new environment art and new gameplay design. The story above is what inspires the new environment. The map will be set on the edge of a city making its last stand against the invading hordes. Instead of the bright, colorful, and heavenly scenes of the current Joust map, players will see a dark, war-torn, and dying forest.

Order side will be landmarked by the city’s temple, beautiful cliffside structures designed to worship the divine.

Chaos side will display the source of the corruption. A giant piece of jade strangling the largest tree in the forest. 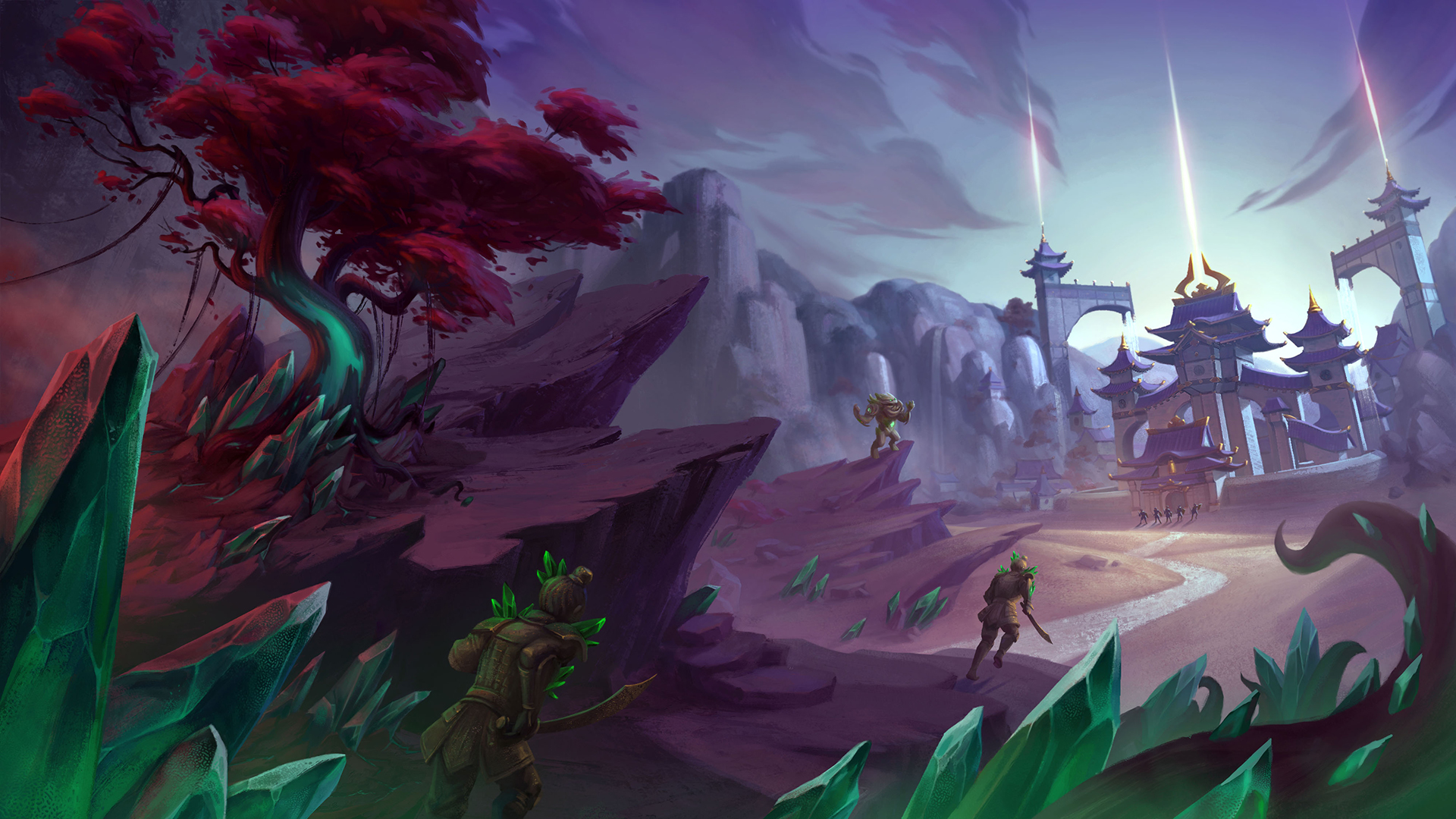 All of the characters on the map have seen updates or completely new models. The Tigers and Turtles have had their textures heavily updated to be better quality. The Titans have also had texture updates and thematic changes.

The new characters are:

Just as the environment has been updated, so has the gameplay. The primary gameplay goal for the Season 7 Joust map is: More Jungle.

In the old days of SMITE the Joust map had long jungle paths and an abundance of jungle camps to slay for buffs. That map had other serious flaws, and the map was redesigned with a more direct combat approach, giving us the Joust map we have played on for the past few years.

This current map featured a bow shape, with minimal jungle and more direct paths to jungle camps. The gameplay design of the current joust map is highlighted by the Red Buff, a camp that spawns right near the lane and must be contested by both teams. This buff forces Joust players to commit to a dangerous fight at the start of the match.

We learned many lessons from each iteration of Joust, and we are attempting to apply the best parts of each version in this new map. Players have shown strong support for the gameplay of Classic Joust, even with its glaring flaws. This new map should bring us to a strong new iteration in the series of Joust maps.

At its heart, Joust is designed to reward pure SMITE combat. The surest way to success is for your team to choose gods and make plays that synergize well together. Focus specific targets, chain your abilities, and do not miss a shot. The mode has minimal ways to rotate or farm, and instead encourages team fighting. The current map met these goals but pushed things to an extreme level.

As we moved forward with Season 7 Joust there were a few problems we wanted to solve.

They way we went around both solving these problems and preserving these gameplay features was to adjust the Joust jungle. A few distinct changes were made:

These changes can be seen in comparison to the current Joust map in the image below. 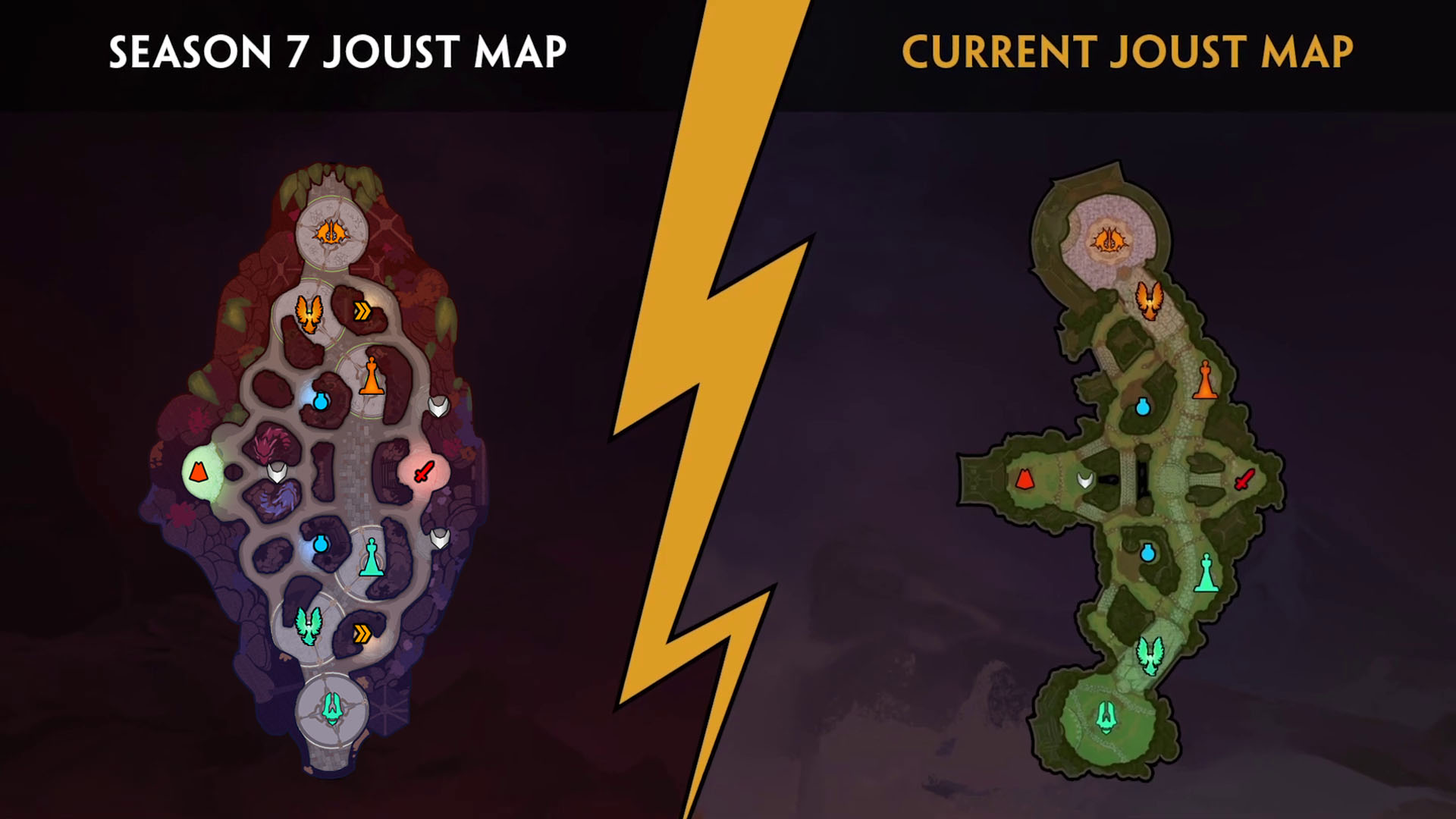 And, as usual, we made sure to keep a few things that already fit the goals of the map. The most important being: Slaying the Demon King will disable the enemy Tower or Phoenix. This feature prevents frustratingly long defenses and is most likely here to stay as a Joust feature.

Adding all of these camps to the map created some interesting interactions. One thing we had to be aware of was how many additional gold and XP sources were on the map. Joust was already a snowbally mode and overloading the map could cause more harm than good. In order to keep things balanced in the new Joust map we made a series of economy related changes.

This combination of effects makes working as team more important, prevents snowballing in XP and gold, and makes sure jungle camps all feel valuable. When combined together they make for a great Joust experience!

As we move forward with this new Season’s Joust map, we will keep a close watch on community feedback and the map’s metrics. We want to make sure that this map provides a better experience for players of all god classes and play styles.

An important section of those players will be using this map for the 1v1 Duel game mode. The plan is for the Ranked Duel queue to also use this new Joust map, while also preserving the Duel specific rules of the previous map.

As soon as the map reaches PTS we will be in discussion with Duel players to make sure this new maps fits their needs and provides similar benefits to Duel as it does to Joust. When patch notes are released and PTS testing has been done we will be open to making slight changes to the map even before launch.

Season 7 Joust will bring about a new era of 1v1 and 3v3 SMITE. This iconic new location will not only be a place of godlike battles, but it will also be the home of SMITE’s next god. This god will ascend to new levels of power in order to save their people from the threat of the jade, and in that ascent, they will join the ranks of the Gods of SMITE! Be sure to check out the Season 7 Update Show January 8 at 3pm ET to see the full reveal of the new Joust Map! 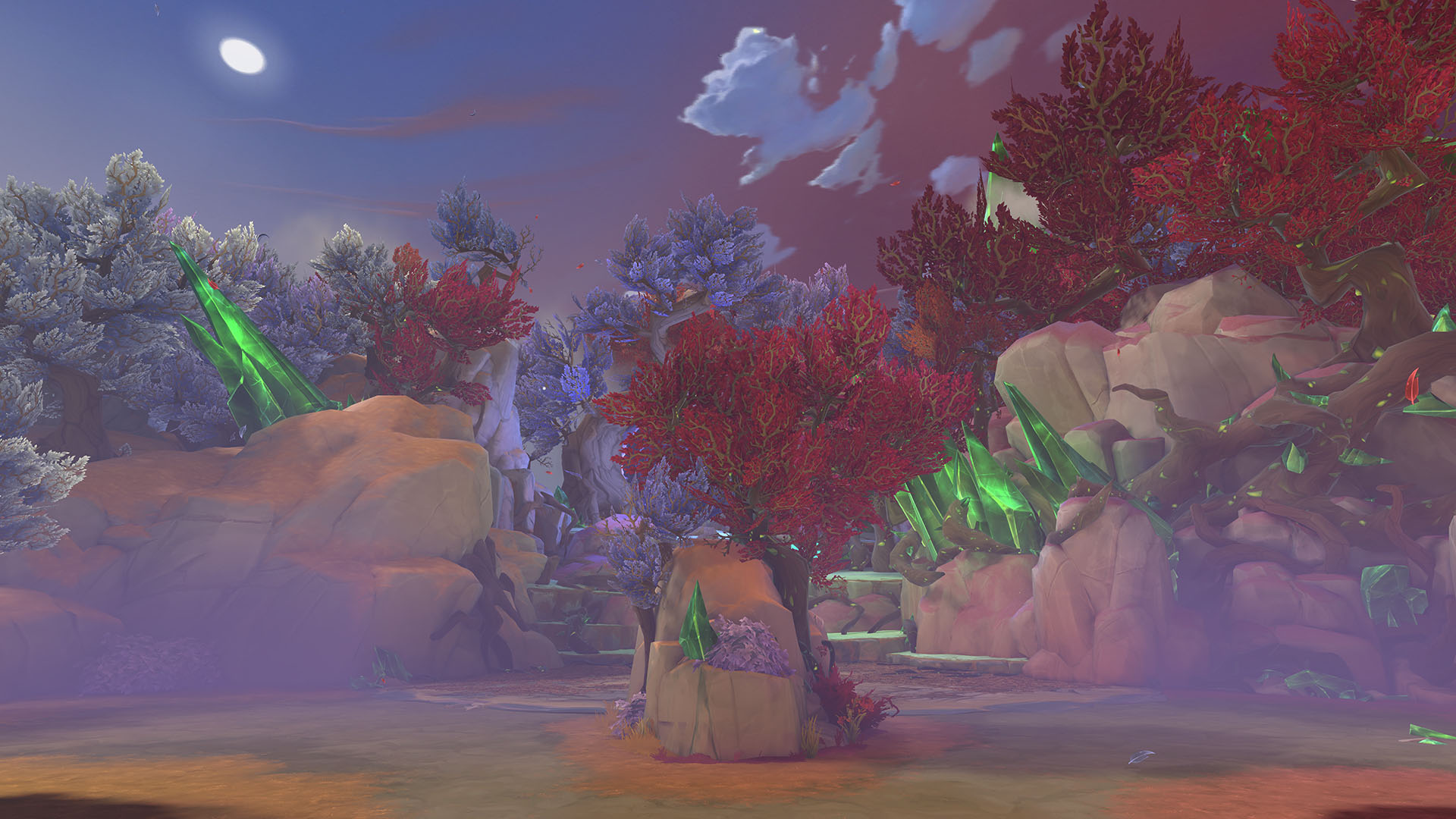