Stop a coven of witches from enacting a terrible ritual in Icereach, one of the two new dungeons arriving with the Harrowstorm DLC game pack. Learn about this new PvE challenge that kicks off the Dark Heart of Skyrim year-long adventure!

The Harrowstorm DLC game pack is coming February 24 for PC/Mac and March 10 for Xbox One and PlayStation®4. This new DLC includes access to both Icereach and Unhallowed Grave, two challenging new dungeons that kick of the Dark Heart of Skyrim year-long adventure!

North of Skyrim and across the perilous Sea of Ghosts lies the frigid island of Icereach, home to the reclusive witches of the Icereach Coven. Reportedly originating from this barren rock, a terrible storm is lashing Skyrim’s northern coast, sinking longships and threatening the lives and livelihoods of the local Nords.

“Players come to Icereach for two reasons,” explains Mike Finnigan, ESO’s Dungeon Lead. “To investigate the mysterious storms plaguing the Sea of Ghosts and to find a lost expedition.” 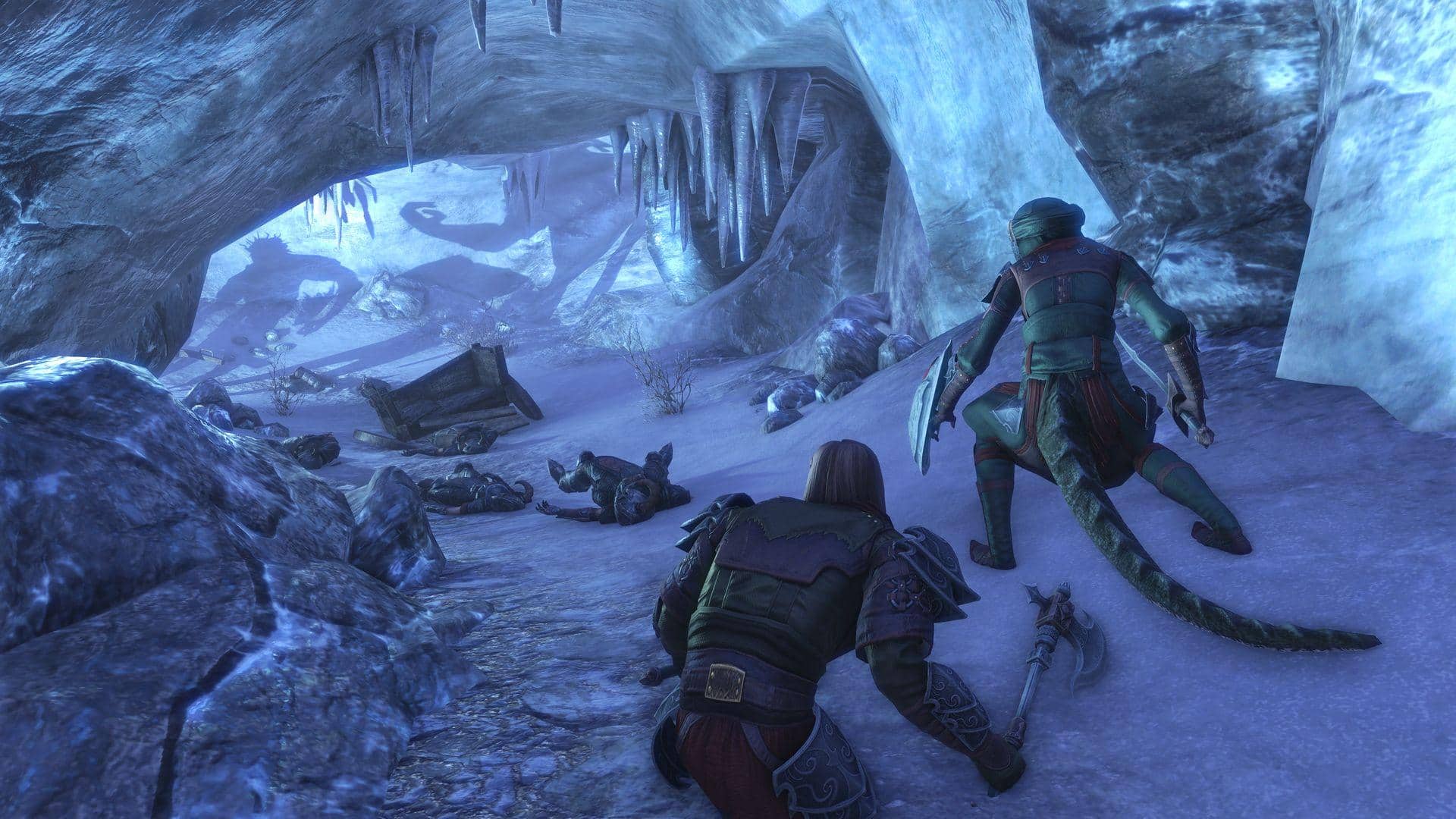 Traverse through icy tunnels beneath the coven’s fortress

When you arrive on the mysterious isle, you discover that the coven’s frenzied defenders overwhelmed the members of the lost party. However, there are survivors, and amongst their number is a powerful ally: the indomitable Lyris Titanborn! Returning from ESO’s main questline, you must work with the beloved companion to explore the cursed island of Icereach, discover the cause of the storm, and put a stop to it before it can do any more damage.

AN ISLAND OF MONSTERS

While Icereach is home to a dangerous coven of powerful witches, they aren’t the only threats you’ll have to contend with. Standing in your way is an army of savage cultists, beasts of frost and fang, and more.

“The witches of the Icereach Coven do not shy away from magic in any form,” explains Finnigan. “You will fight creatures born of snow and storm, fire, electricity, and even elements of the undead.”

No magic is taboo to the witches of Icereach, and as you make your way into their frozen keep, you must be wary, lest you become overwhelmed by mindless, plague-ridden zombies or crushed by monstrous giants. 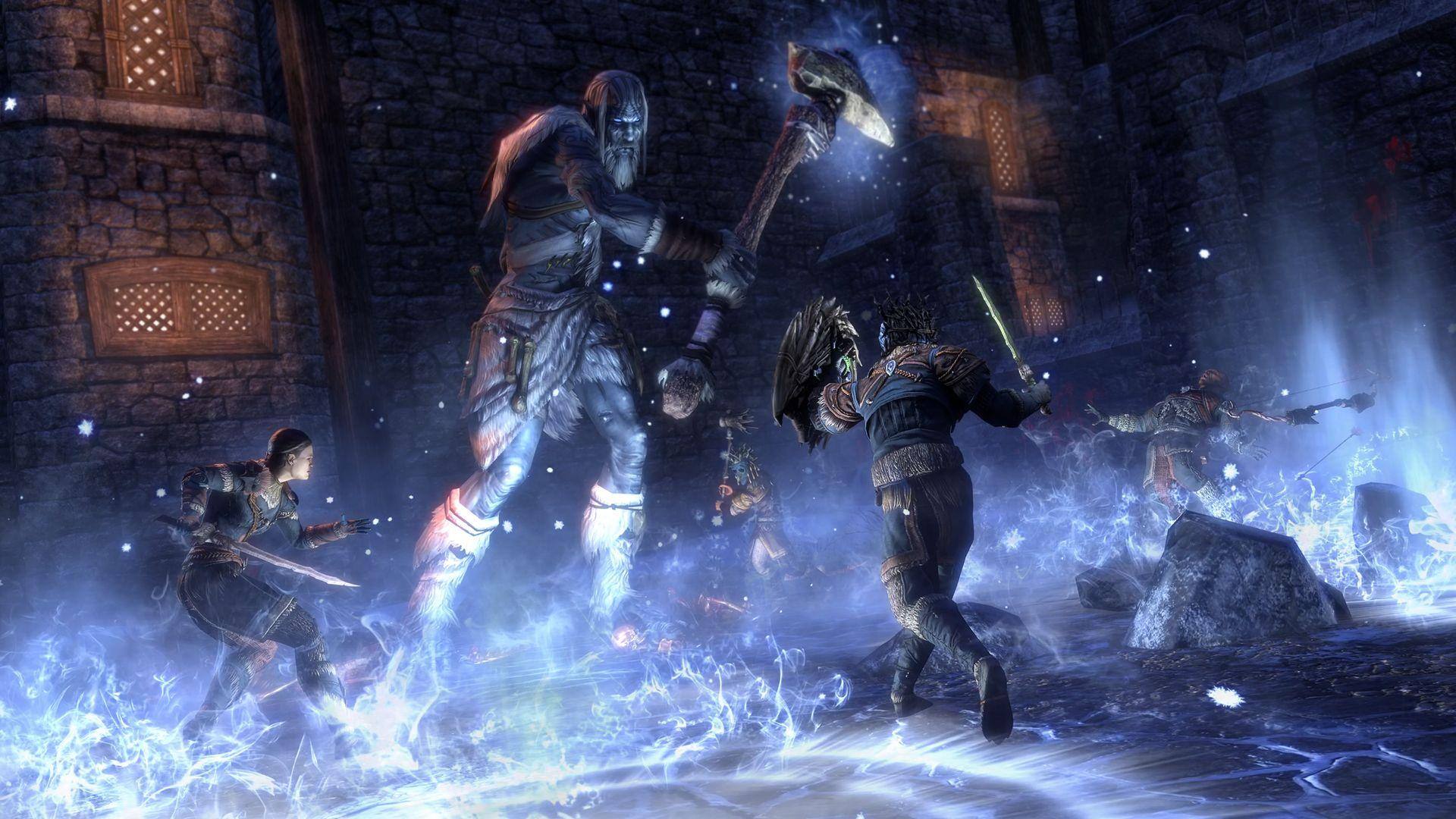 Even more dangerous are the island’s boss encounters, where you must face the Icereach Coven’s sisters. Each one brings a unique ally to help defend their home and features unique mechanics that you must learn and overcome.

“There are different interactions with each sister and her ally,” explains Finnigan. “Some of those interactions are complementary, while some, such as Sister Hiti and Skelga, are actually in competition. Using the powers of Hiti and Skelga against each other is key to defeating the encounter.”

It is only in the dungeon’s final battle that you must finally face all of Icereach’s sisters together, including their powerful leader, Mother Ciannait herself.

Should you put an end to the schemes of the Icereach Coven, you’ll acquire items and collectibles not available anywhere else in Tamriel. This includes four new gear sets (including a monster set) and collectibles such as style pages, dyes, furnishings, and more!

For example, the Titanborn Strength medium set improves your effectiveness with physical weapons and continues to strengthen your attacks as you take damage in combat. Perfect for the warrior who likes to fight right in the thick of it—like any good Nord! 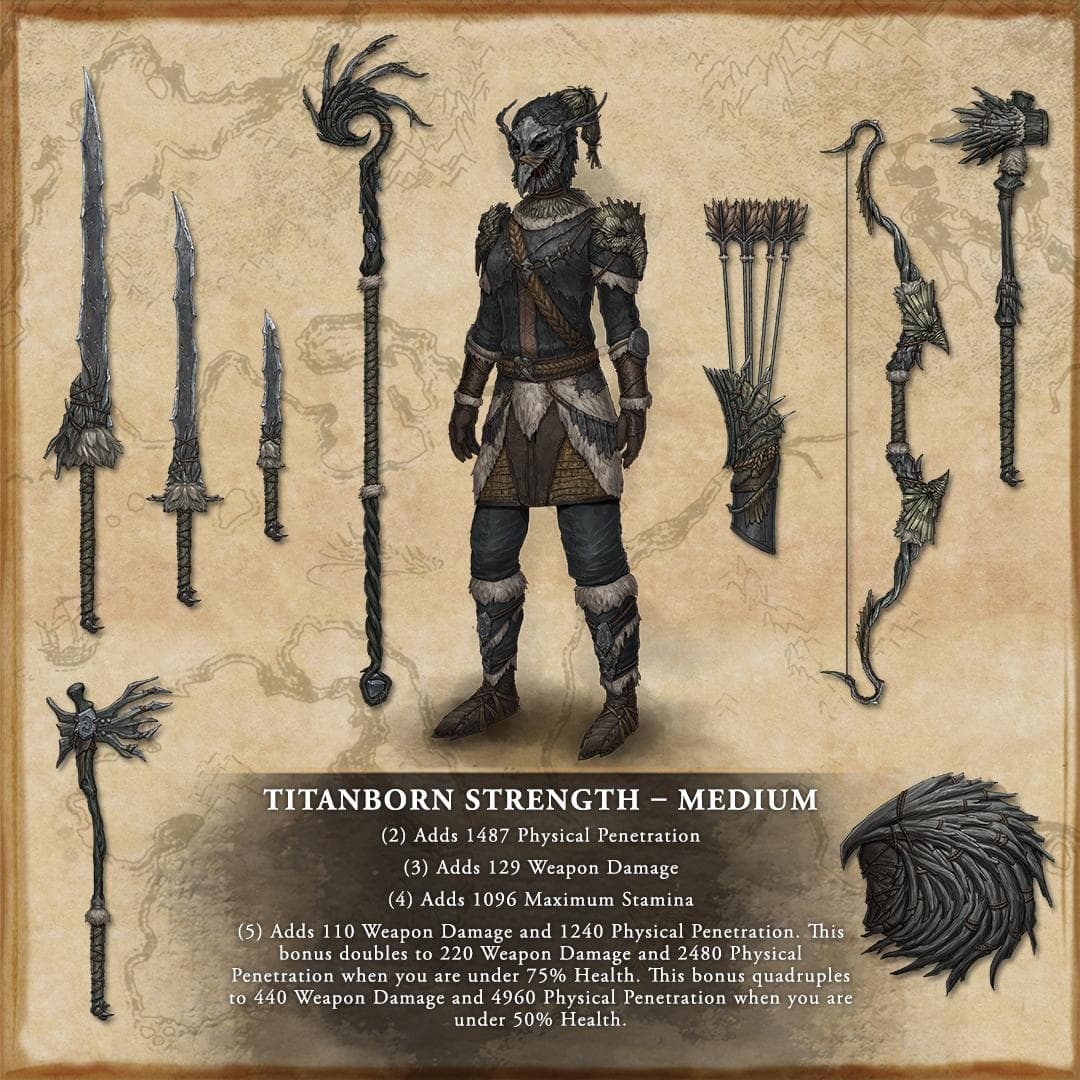 Finally, should you and your comrades clear Icereach on Veteran difficulty, you’ll earn the Lyris’ Icereach Battle Axe outfit style, pictured below! 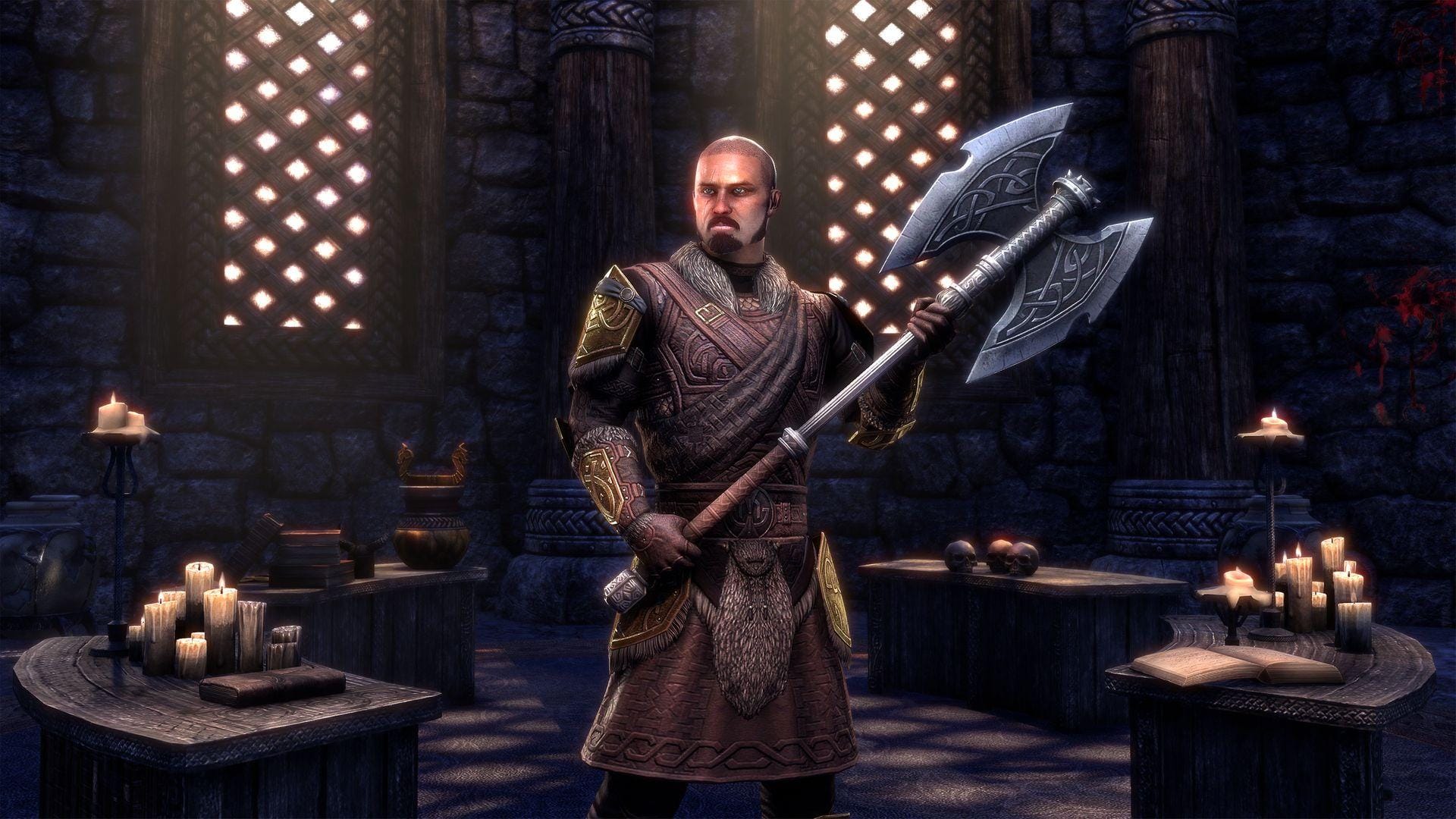 This magnificent weapon is sure to turn (and remove) some heads!

As part of the year-long Dark Heart of Skyrim adventure, what you uncover on the island of Icereach will have dire consequences for all the people of Skyrim. What is the nature of the colossal tempest that now threatens the northern coast? And what is its connection to Skyrim’s dark heart? Your epic story begins here! Are you excited to travel to the icy home of the Icereach coven? Let us know on @TESOnline, Instagram, and Facebook!

Part of the Dark Heart of Skyrim year-long adventure, the Harrowstorm DLC game pack is coming February 24 for PC/Mac and March 10 for Xbox One and PlayStation®4. This new DLC game pack arrives in tandem with Update 25, a free base-game update for all ESO players.