These are the unofficial Fortnite 12.00 Patch Notes! Epic hasn’t been compiling detailed notes for every patch like they used to, so we’re putting together a list of everything that changed in the new update. We have bug fix information, and will be posting whatever else has been added to the game. We will add the official patch notes if they are posted.

The Fortnite 12.00 Patch is scheduled to be released on February 20th, 2020. Since this is going to be the start of Chapter 2: Season 2, you can expect extended downtime. Normally, we’ll get an hour or two of it, but I would expect anywhere from four to eight hours for a major patch like this one.

The time has yet to be officially announced, we just know for sure that the patch is scheduled for the 20th! We’ll be updating this post with additional information as it is released.

Here are the expected bug fixes for the 12.00 patch. These were taken from the Trello that display all of the stuff that Epic is working on in terms of bugs.

Save the World Issues

Here’s where we will be detailing all of the things that have been added to the game that weren’t covered by Epic. If you’re looking for leaked cosmetics, we will have a full look at them right here. If you’re curious what the new skins look like, we’ll have them on our Season 2 Battle Pass Skins post!

It’s very likely we’re going to have quite a few things pop up that will make it here due to this being quite a big patch. We’ll try our best to cover everything that is left out of the official patch notes once the patch has been released!

If you’re a content creator then you’ll have the option to mute audio from licensed audio! This is useful if you’re worried about YouTube or Twitch flagging your video if someone uses an emote like Never Gonna near you. This option will currently only be available for PC, but will be rolling out to console players in a later patch. It also likely means that Epic will be adding more Emotes that use licensed audio in the future!

PC Players: In the 12.00 update, we’ve added the ability to mute Licensed Emote Audio. This option is available in the game’s Audio settings. – Source

We also intend to bring this Audio setting to other platforms in future updates. We will update everyone when that happens. – Source 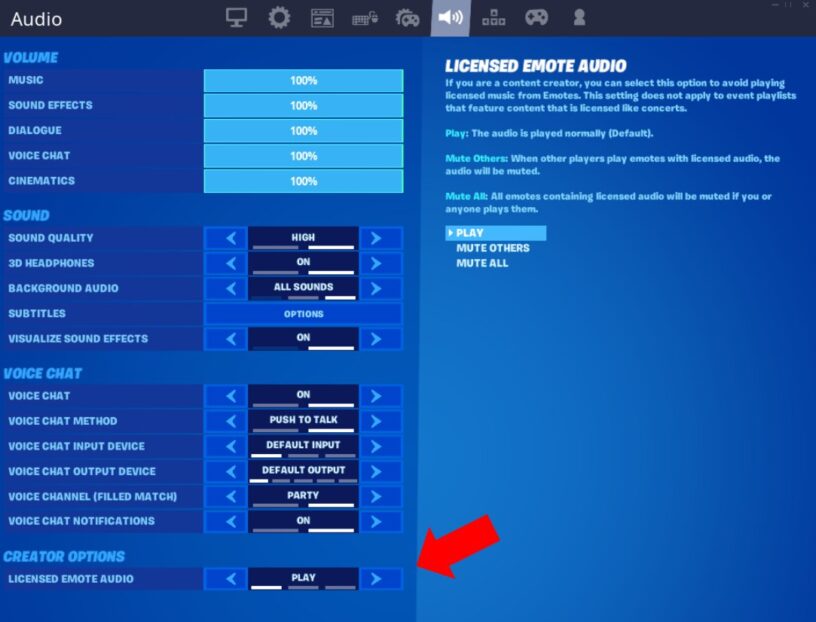 Team Rumble is getting some rule changes that sound pretty good! You won’t need to worry about deciding on keeping your Glider redeployment anymore, because it will be a free ability now. You also start with 150 of each of the mats, and you will only find blue or better weaponry!