We’re releasing a second Testlive patch aimed at addressing some of the feedback you’ve been sending us over the past week, including extending the management system’s range to global and archer AI bloopers. This is still a work in progress version of the final patch, so please keep sending us feedback about the current build so we can keep working on improving it. 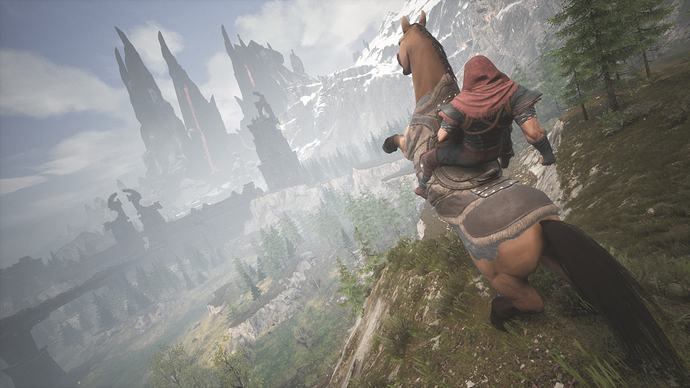 You can check the previous patch notes here 54.

Thanks again for your ongoing support.

Please remember that updates can mess with your installed mods. We suggest taking a backup of your current database before updating to any new patch if you have mods installed.

Fine-tuned some anti-undermesh measures. This is still a Work In Progress.

The effect of Set’s Tongue and Mitra’s Justice no longer persists until logging out.

Horses should now drop their saddles when rescued.

We heard your input regarding the inconvenience with having to switch back and forth between the main game and our TestLive servers. To make it easier for you and because we really value your testing and feedback, we added a separate product for the TestLive server on Steam.

If you own Conan Exiles on Steam, you should now see a separate Product called “Conan Exiles – Testlive Client” in your library which gives you the option to install an additional instance of the game specifically for the TestLive servers. Please be aware that this will prompt you for a full additional installation.

We are aware that not everyone wants install or has space for two full installations. For those of you who don’t want to play through the additional TestLive Client, you can still access the TestLive servers through our old method 4.