Your Dark Heart of Skyrim year-long adventure begins here! Delve into two challenging new dungeons, uncover ancient secrets and plunder, and set upon a journey that will take you to The Elder Scrolls Online: Greymoor and beyond!

The Harrowstorm DLC game pack and Update 25 brings a host of new challenges, adventures, rewards, and improvements to ESO, including:

This DLC is free for all current ESO Plus™ members or available for purchase with crowns from the in-game Crown Store. You can read the patch notes for both Harrowstorm and Update 25 on our official forums.

The Elder Scrolls Online: Harrowstorm features two exciting new dungeons for four-player groups: Icereach and Unhallowed Grave. These new PvE challenges also kick off your Dark Heart of Skyrim year-long adventure, beginning a story that will take you to the upcoming Greymoor Chapter and more throughout the entirety of 2020.

A supernatural storm lashes Skyrim’s northern coast, threatening the longboats and livelihoods of the local Nords. You and your party must investigate the mysterious origin of this storm: the barren island of Icereach. There, you must find the first lost expedition, confront the witches of the Icereach Coven, and put a stop to their terrible ritual before all of Skyrim is lost. 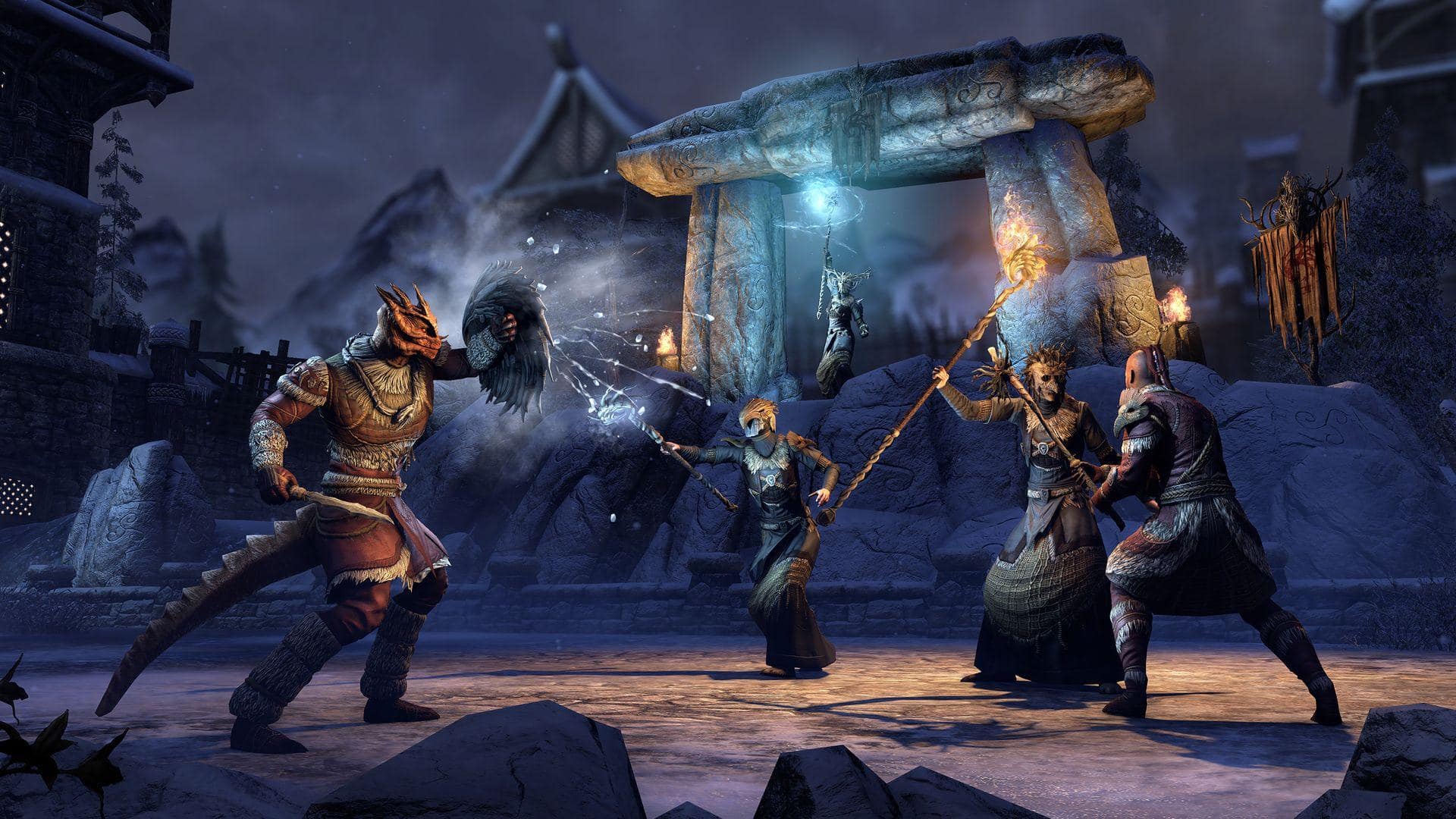 Confront the witches of Icereach

Deep beneath the sands of Bangkorai, the ancient remnants of a long-forgotten evil lies buried—forgotten to all but the crypt’s last guardians. Now, a gruesome band of Necromancers and monsters has looted the tomb for an unknown purpose. You and your allies must storm the Unhallowed Grave, repulse the mercenaries, and discover the dark secret at the heart of their invasion. 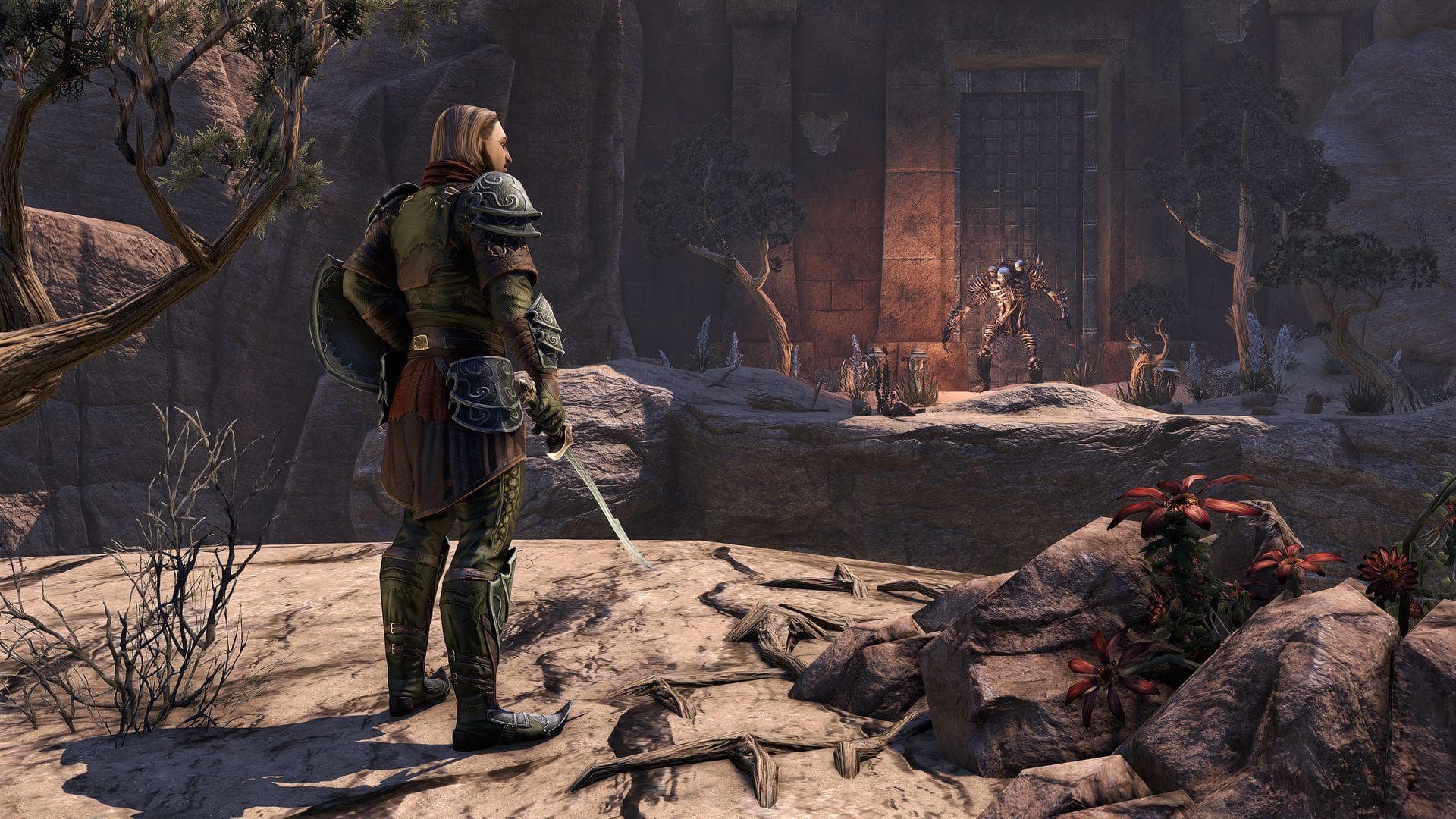 Both dungeons challenge you and your teammates with cunning enemies and monstrous boss battles, and you can attempt both Icereach and Unhallowed Grave in Normal and Veteran difficulties, with a Veteran Hard Mode option available if you wish to truly challenge yourselves. Finally, you can discover new rewards in both dungeons, including new item sets, Achievements, collectibles, and more.

For more information on these two dungeons, check out our previews of both Icereach and Unhallowed Grave.

HOW TO GET HARROWSTORM

The Harrowstorm DLC game pack is free for all ESO Plus members and available for purchase for 1,500 crowns from the in-game Crown Store (listed under DLC).

Note that if your ESO Plus membership lapses, you lose access to the DLC dungeons until you renew or purchase the DLC with crowns. You won’t lose any items or rewards you earned while you had access. 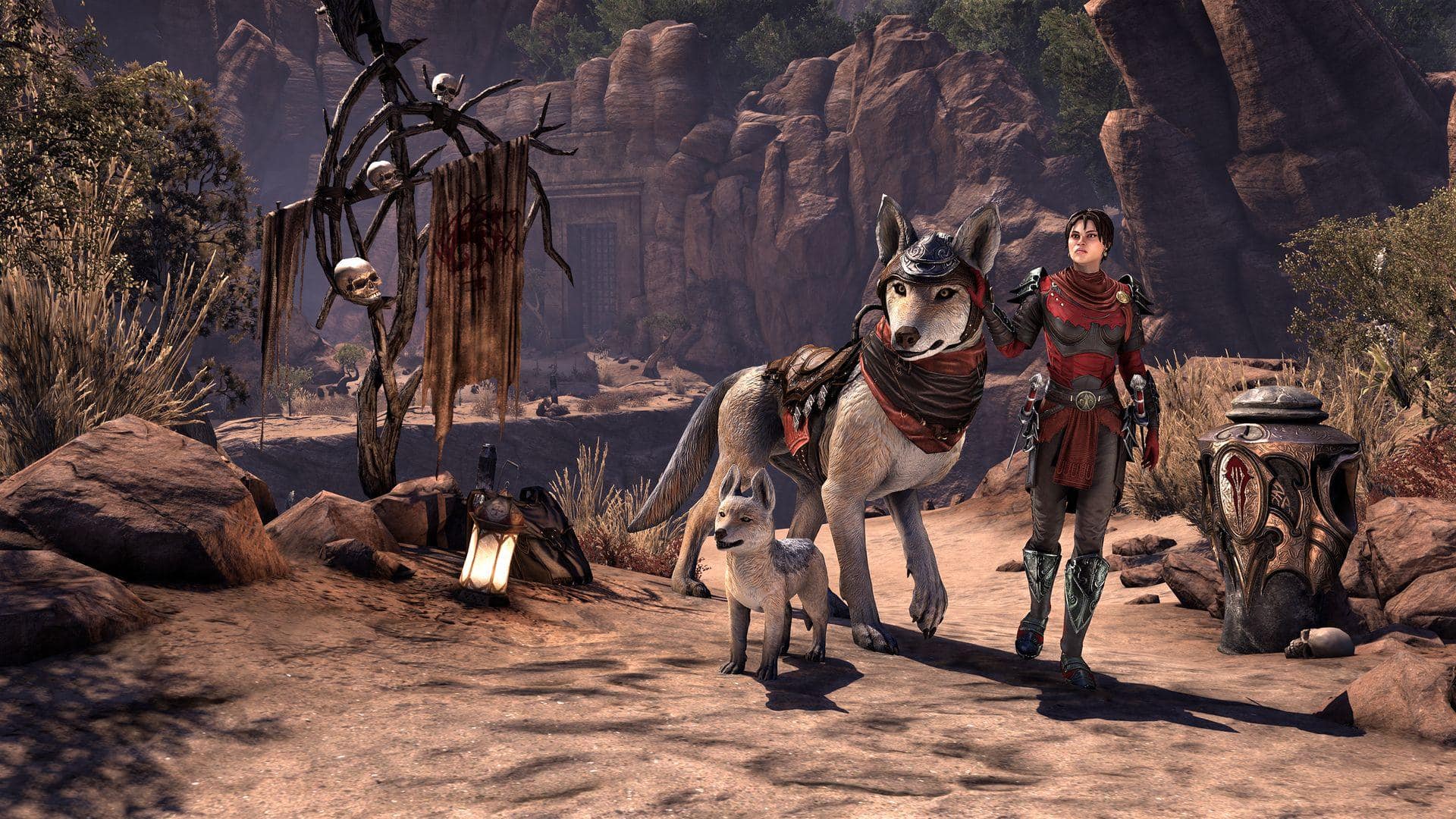 Once you have access to the Harrowstorm dungeons, you can begin your Dark Heart of Skyrim adventure by the following methods:

Finally, simply by entering one of these two dungeons, you’ll earn the Wickerman Mishap emote!

Releasing in tandem with the new DLC, Update 25 provides a host of new features and improvements for all ESO players, completely free. In particular, this update continues the performance work that began last year with a major Patching Overhaul and introduces new, unique rewards for PvP.

The biggest change arriving with Update 25 is the Patching Overhaul. This update completely changes how the ESO game client is downloaded, patched, and stored on local hard drives. Because of this change, ALL ESO players are required to re-download the game client. Once complete, you will see improvements to the game’s load time and reductions in hard drive space requirements for future updates. You can learn more about this major overhaul in this article. There’s a free pet to be snatched up, too!

Additional performance updates associated with this patch include improvements to frame rates, the loading of fixtures and characters, and more, so don’t hesitate to check out our performance improvements timeline or Update 25’s patch notes on the official forums for everything you need to know.

If you enjoy battling your fellow players in Cyrodiil, Update 25 introduces new rewards for PvP players: The Knight of the Circle Armor and Weapon Outfit Styles. You can obtain these new styles by purchasing a Knight’s Resolve or Knight’s Rebuke from a War Researcher in Cyrodiil. 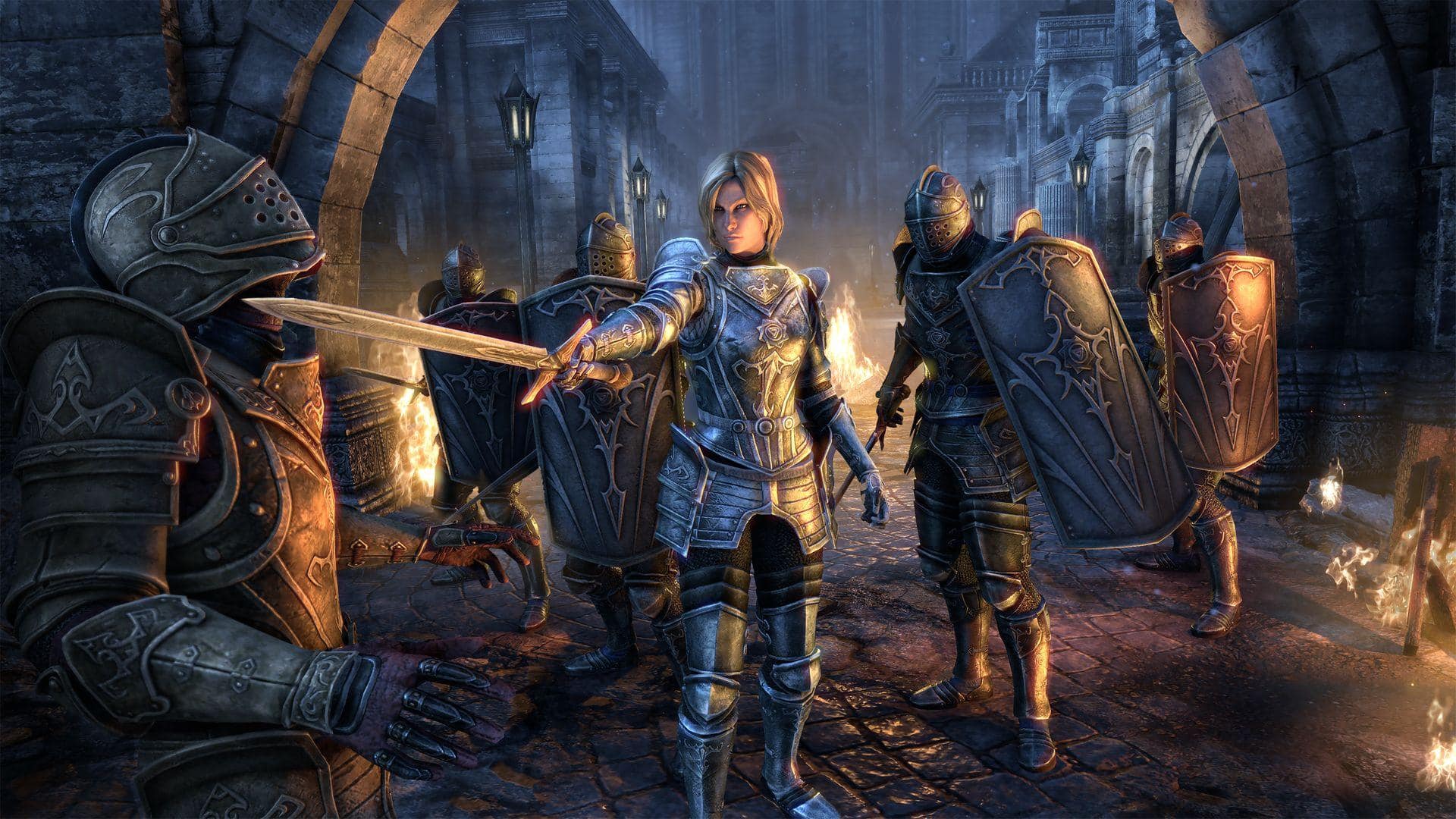 Show your valor with the Knight of the Circle styles!

Don’t forget, you need to complete Conquest daily quests in Cyrodiil to receive Arena Gladiator Proofs—no easy task! Finally, because the new style pages are not bound, you can trade them with other players.

THE DARK HEART OF SKYRIM

With Harrowstorm, your next big year-long adventure begins, leading you into Skyrim’s dark heart with The Elder Scrolls Online: Greymoor and continuing throughout all of 2020. Are you ready to begin this exciting new storyline and delve into the frigid island of Icereach and the bone-laden halls of Unhallowed Grave? Let us know on @TESOnline, Instagram, and Facebook!

Part of the Dark Heart of Skyrim year-long adventure, the Harrowstorm DLC game pack is now live for PC/Mac and coming March 10 for Xbox One and PlayStation®4. This new DLC game pack arrives in tandem with Update 25, a free base-game update for all ESO players.