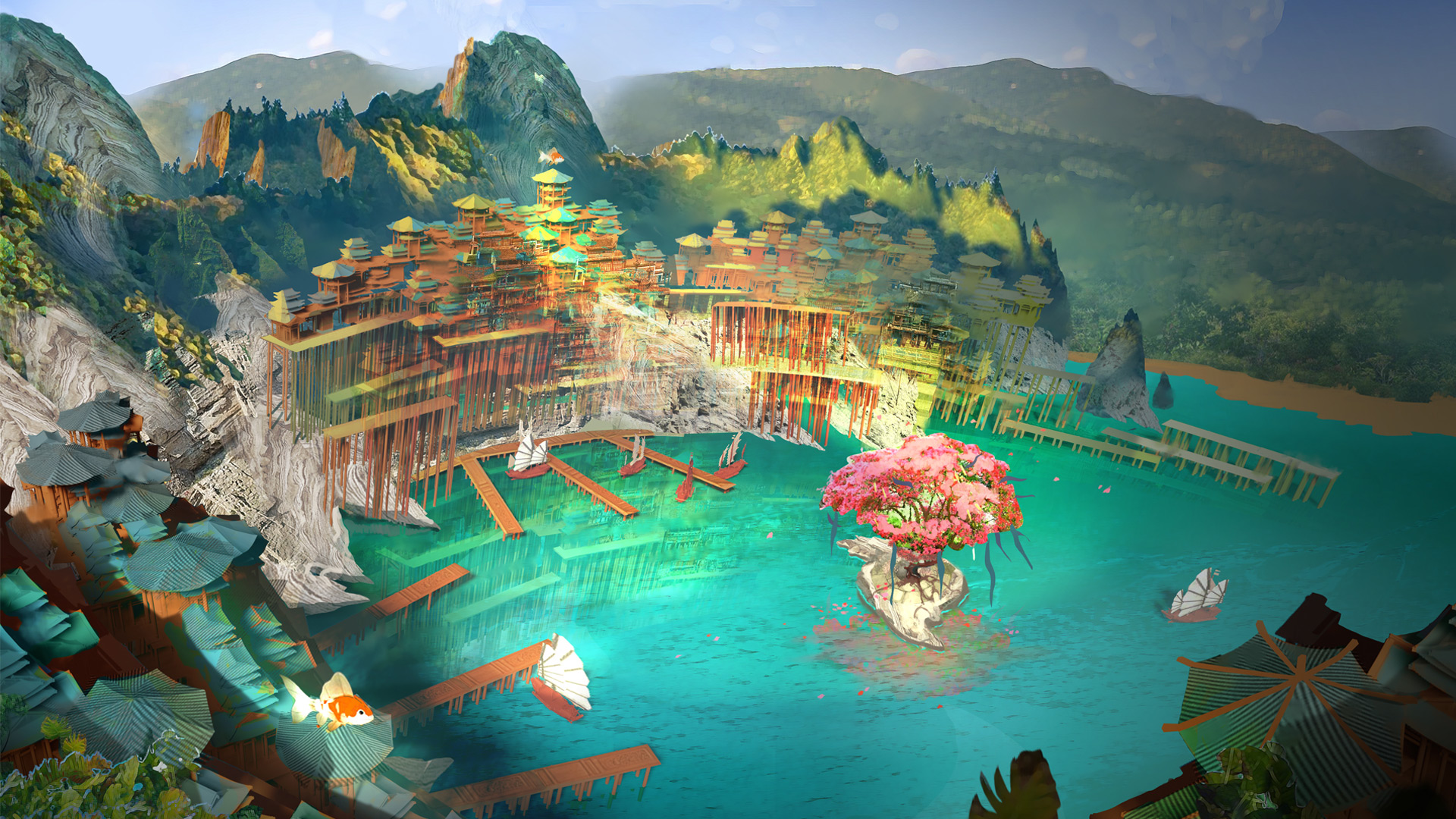 Hi, all! I’m Cameron Rich, Lead for the Encounters Design Team here at ArenaNet. The Encounters Team is responsible for the PvE encounter experiences in Guild Wars 2, including designing and balancing all our new creatures, armies, bosses, and instanced content.

Guild Wars 2: End of Dragons™ is on the horizon, bringing with it a series of new Strike Missions that aim to provide accessible, challenging combat experiences for players to chew on. Since this content was first revealed during the expansion announcement livestream on July 27, we have been listening to all your comments, questions, and concerns regarding Strike Missions and endgame PvE content as a whole.

Today, we’ll share our vision for Strike Missions as a game mode and provide a deeper look at what you can expect when Guild Wars 2: End of Dragons ships next February, including a look at both difficulty modes and changes to the reward structure. Let’s jump into it!

Players looking for endgame, instanced PvE experiences in Guild Wars 2 will find a wide range of challenges to test their skills in Fractals of the Mists, Strike Missions, and raids. Getting started in this world of challenging group content can be daunting—especially if you’re looking to climb the difficulty ladder and take on the toughest encounters the game has to offer. So where do you start?

Normal difficulty Strike Missions are intended to be an entry point into the world of 10-player content in Guild Wars 2. These instances are designed to be something you can tackle alongside both close friends and new allies, pitting you and nine others against jazzed-up, remixed versions of epic, exciting bosses from the Guild Wars 2: End of Dragons story. This gives every player the opportunity to experience these encounters as key story moments, while enabling each Strike Mission to hold greater importance in the overall narrative. These encounters will introduce you to the mechanics you’ll need to learn and master in order to continue your journey, in an environment that doesn’t demand perfection but still pushes you to learn and grow your combat capabilities.

By the time you’ve completed each Strike Mission, you’ll be familiar with encounter terms like fixates, stack and spread, kiting, and more. Our goal is that once you’ve got a firm grasp of the fundamentals, you should feel confident tackling the next steps on the difficulty ladder, including a much-requested addition to Strike Missions…

You heard it right on the End of Dragons First Look livestream: Challenge Mode difficulty is coming in Guild Wars 2: End of Dragons Strike Missions. Challenge Mode takes the normal difficulty Strike Missions and further expands on their mechanics, remixing them further to create even greater challenges while introducing new surprises that keep players on their toes. Each Challenge Mode Strike Mission is designed with a specific level of challenge in mind, creating a clear difficulty ramp that will push you forward and continually test your coordination and mastery over the combat system. You’ll need to work with your allies to form and execute a plan of action and be quick to react to overcome these toughened-up encounters.

More succinctly, these encounters will feel like proper raid bosses.

To ensure these fights live up to the Challenge Mode name, we set out from the beginning to design each encounter in a “top-down” fashion, starting with an outline of how Challenge Mode would play out. We began by detailing unique mechanics, estimating time-to-kill and damage thresholds players need to meet in order to succeed, and identifying clear roles required for each player in the squad. Once we had a firm grasp on the Challenge Mode experience, we dialed in the difficulty for Normal and Story Mode through designing by subtraction—paring down the most difficult aspects of the encounter and focusing on the skills and abilities we wanted players to learn and master to grow their capabilities as a player. Through this method, more players can engage with the content we build at a difficulty level they feel is comfortable.

This is how we approached the design for Challenge Mode fractals and raids, so if you are familiar with that content, consider them a good reference point.
Challenge Modes will be enabled in the weeks after the Guild Wars 2: End of Dragons launch, allowing you time to enjoy the story and world at your own pace, get familiarized with Normal Mode strikes, and perfect your builds (especially with the nine new elite specializations). The team is eagerly looking forward to watching the player base tackle these new challenges. We’ll give more precise details on when you can expect Challenge Modes to release as we get closer to launch day.

When we first introduced Strike Missions in The Icebrood Saga, we took the opportunity to try a new reward system with the weekly chest and attempted to create a week-to-week cycle to encourage players to return to Strike Missions on a regular basis. However, the system missed the intended mark, using too many currencies and causing confusion around how to deal with them. So, we’re returning to basics that our raid players will find familiar: Strike Missions in End of Dragons will award a single currency. Any End of Dragons Strike Missions you complete will reward currency to be spent on Strike Mission-specific rewards, including any unique drops from the Strike Missions. You won’t be beholden to the fickle fate of random number generation to get what you want.

As always, thank you for your candid feedback and your continued support. Your shared perspectives help ground us and shape the game for the better. After all, Guild Wars 2 would not be where it is today without you.

—Cameron and the Guild Wars 2 Team